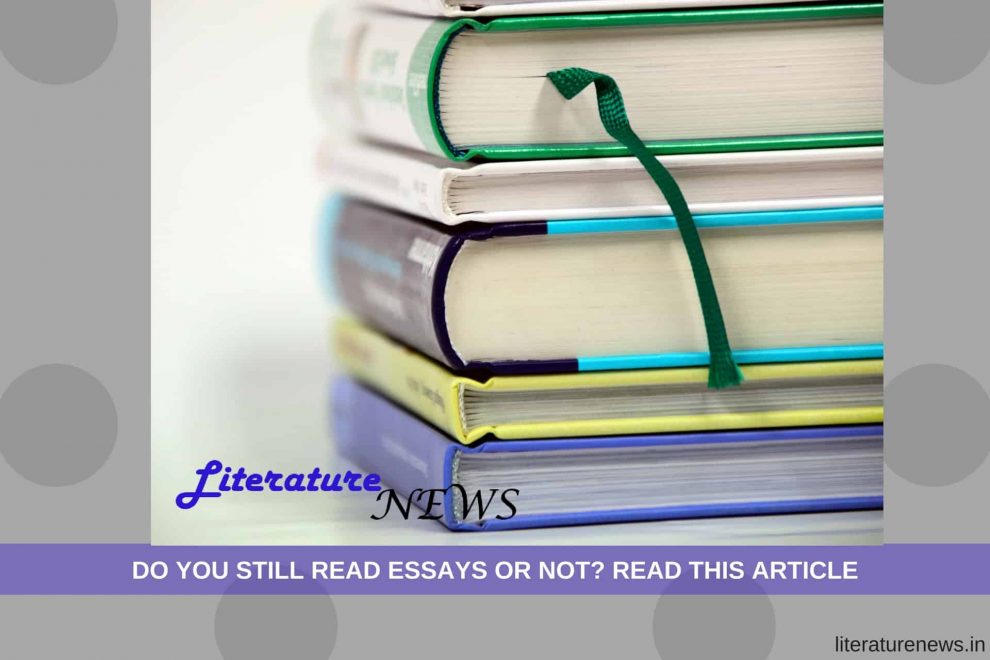 Do essays still make an impact on our lives? Does a great essay that you read influences your habits? Do you still read Bacon or Addison? Do we yet bother about the essays by T S Eliot? The answer, I am sure if you are not into academic, will be a NO! Am I right? We do not bother about essays anymore; we don’t read the essays except when we have to pass an examination or to find some worthy quotes to put on our Facebook or Instagram or Twitter! The charm that essays held once has long ago vanished and we are but witnessing an era when people only read the things which are convenient for them. We have just lost it – we don’t explore literature beyond our comfort zones and this is a reality that we have to admit and digest, this or that way.

Spare Bacon because he is much beyond the casual comprehension of the modern age, we don’t even read the essays by likes of Herbert Read or Auden. The one reason that I can see might be that these essays are rather slow-moving and somewhat boring, too. Maybe that’s why we generally don’t tend to explore those decorated writings. But, to be noted, the classical essays, which were produced in the previous centuries, will surely make you think once you go through them – seriously or even leisurely! In the case of T S Eliot’s essays, his writings will surely open many new vistas of literature for the readers. His views (which kept changing with his maturity and time) are tremendous and they force us to think what we could never imagine. Who can forget his essays about the Metaphysical poets?

Reading essays might be pleasant too. For example, when you go through the essays of Joseph Addison, you will find an entirely different world which was still unexplored. Even his essays which are rather the proper products of his time and social construct, you will find something which will amuse you and also educate you about the society in which Addison had his bread and butter along with the opportunity to ‘bash’ the same construct. He writes, in an essay entitled Women and Liberty, thus:

“Lovers, according to Sir William Petty’s computation, make at least the third part of the sensible men of the British nation; and it has been an uncontroverted maxim in all ages, that, though a husband is sometimes a stubborn sort of creature, a lover is always at the devotion of his mistress.”

You can easily see the lingering sarcasm, the unchallenged wit and also the ‘time’ of that time peeping through these words… and that is why reading such essays by such great personalities in the field of literature make us aware as well as delighted! My advocacy for the readership of essays comes from a fact that reading fiction, howsoever intellectual, can seldom come across the line and accompany you for a while after you are done. Essays, on the other hand, accompany your intellect and make you learn the things and compel you to consider in a rather authoritative way which is superior (somehow, and I am not challenging the fiction).

At the end of the day, between you and your books, you can seldom find a person! Therefore, I can only suggest you what I think and you can decide for yourself whether to read the essays or not. And if you decide to read some of them, I have got a list for you. You can get these books from Amazon right away and start reading them. And the collection, worthy to be mentioned, will be with you forever because essays, unlike novels, don’t get older even if you finish reading them! You will have other dimensions waiting for you with a fresh read.

The Essays by Bacon: Amazon Link

The Essays by Addison: Amazon Link

The Victorian Respite for Fiction!
Kazuo Ishiguro’s Nobel Prize in Literature: Lessons for us as readers
Comment