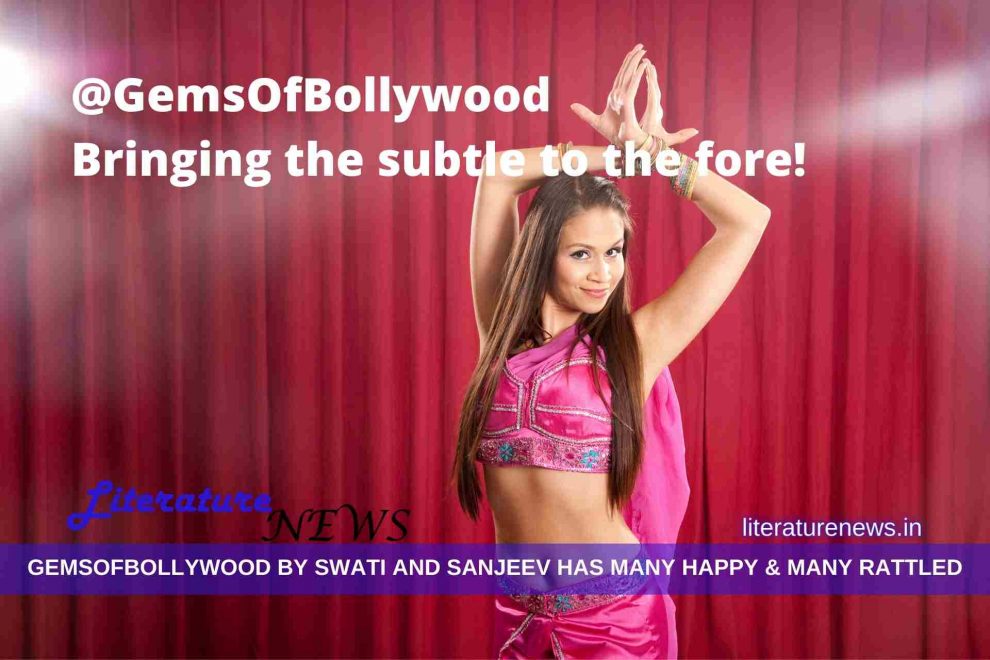 The Bollywood, a recently tainted, money-making, famous and notorious, controversial and agenda-driven (apparently) organisation, gang, community or whatever you may call it, touts itself to be the flag-bearer of free speech, social reformation, realism, people’s power and all those fancy causes we have come to confront with progress in our progressive thinking. Feminism, anti-racism, multiculturalism and many more are the causes that Bollywood generally stands with – Karan Johar would prefer gay-lesbian-queer rights more than any other causes. Kudos to him! In short, Bollywood is an industry that supports free speech – Yakub, Kasab, Afzal and many more are the prime examples. Having bombs at home and even sheltering terrorists come under the same ambit for them. However, if you criticise any of their moves, causes, associations, acts or anything about them, you will be rebuked, shamed, intimidated, harassed, jailed or even worst. For many months, I have found myself interested in a particular Twitter Handle, run by Swati Goel Sharma and Sanjeev Newar, that goes by the name @GemsOfBollywood. This handle has become popular very quickly among those who find themselves consciously or subconsciously victimised by Bollywood. At the same time, the same Twitter handle has become a painful mirror hurting the eyes of many Bollywood biggies… the reasons should be obvious.

GemsOfBollywood aims to bring the implicit, sometimes explicit, subtle, embedded religious, sexual, cultural, linguistic and other elements that could have gone unnoticed many years ago. And the findings are quite surprising, sometimes offending and most of the times reflecting the mindset of the dialogue and lyrics writers (supported by directors and producers). Deconstructing the established notions and re-evaluating everything from various new perspectives might be a case in isolation if one does not have many examples. In this case, however, Swati and Sanjeev have many cases to offer and one can easily understand the subtle references after a brief interval that makes space for the beam of light the Twitter handle throws on the subconscious darkness embedded with the original content (once appreciated widely, most of the times).

Watch the clip in our next tweet to understand the song's subtle meaning: https://t.co/xa27AZ9QNy

Have you ever thought that all about those robbers, dacoits, bandits, tyrant ‘thakurs’, lalas, pandits presented in the 70s and 80s-90s movies sporting big tilaks, offering prayers to Hanuman, Kali, Lakshmi, and then making innocents suffer hell? One, two, three… and you might have enjoyed the same in the movies. However, a retrospective re-evaluation initiated by this Twitter handle has brought out a neo-narrative in front of the viewers and audience. There has been a constant, conscious and continuous effort to portray certain people in a bad light and ‘certain’ in all whites… Other than the religious divide, Bollywood hasn’t been an inch behind in openly offering sexual absurdities, glorifying rape and molestation. For example, just study the tweet embedded above and re-sing the song suggested. You will find surprising results. You might find it offensive and dirty.

In the below-mentioned tweet, you will find the lyrics explicit, offensive, dirty and very low-level.

"I have brought my chooha, where is your choohi," sings Nawab Saif Ali Khan with pelvic thrusts

To make sure the heroine really understands which rat he's talking about, he presses her face against it & taunts – You are 16, yet don't know how to romance!pic.twitter.com/pBAKFno8lI

Chuha-chuhi… that weird dance and the Bollywood passed it off as a romantic song. We enjoyed it at that time. There has been many likewise scenarios that have been reported by GemsOfBollywood on their Twitter feed and you can watch all of them there.

Another one before I get into an objective analysis of the efforts made by Sanjeev and Swati – this tweet brings a very subtle message (repeated frequently by many actors in many movies – AB in Deewar and many others). Have a look yourself:

Is the effort by GemsOfBollywood unethical and malignant as many people (on the other side of this line) claim? Fact-checkers, left-wing affiliated websites, Bollywood biggies, and a few politicians or politically motivated people are behind this handle… relentlessly and passionately. Why? These guys, who are running the handle, must be doing something very much needed or something entirely useless. We all know Bollywood has had its shares in agenda, propaganda, religious motivations, cultural battles and causes we would not have supported otherwise. However, when someone begins bringing the same sub-conscious or implicit agenda to light, what’s the fuss is about? Are certain people admitting their guilt? Is this why they are rattled? While explanations and fact-finding will take time, let’s enjoy a very classic case of deconstructing the hidden, the subtle, the implicit and the menacing… you can follow the handle on Twitter and find many tweets with pieces of evidence you can believe or discount. All the best!

By Amit for Literature News

Problems with literature examinations – English or Hindi or any other language
How the internet has changed the literary landscape in India (and the world)? A Report
Comment