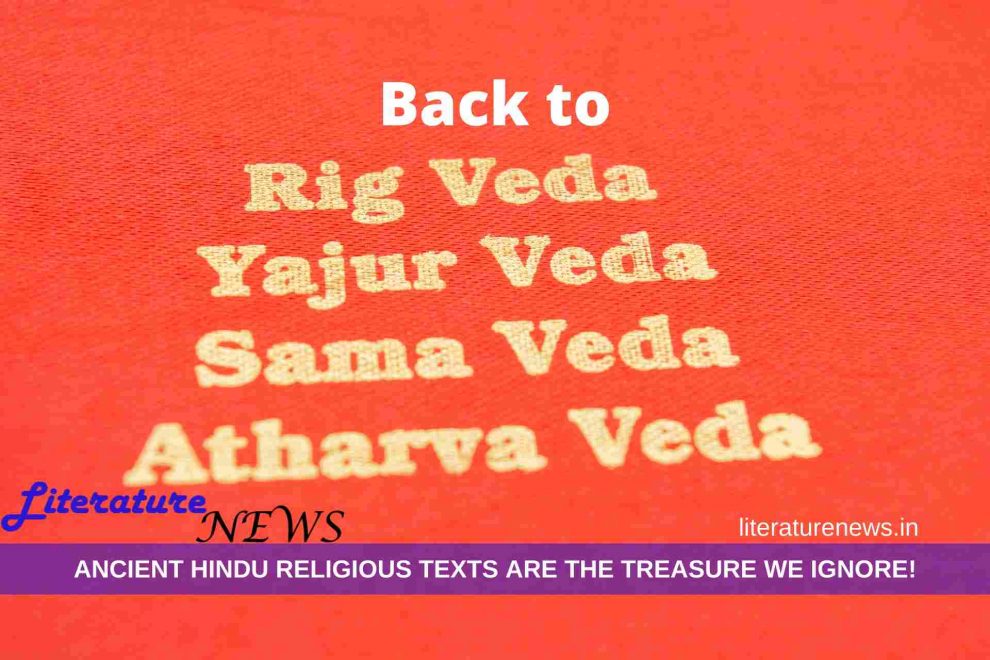 While we see the forcefully inferred, concocted and biased opinions on religious texts of Hindu religion every day on social media platforms, TV series and many other places, have we ever thought about how important or how useful they may be? Have we ever tried to understand the qualities and the depth of spiritual and philosophical ideas that these religious texts contain?

Today I am going to make an effort in this direction. I will talk about Hindu religious texts. Before I begin with my article and put forth my points, I want to ask the readers, do the religious texts matter in our so-called modern life, surrounded by gadgets and devices? Do we seriously need such texts?  What is the importance and relevance of these texts in our lives? Hindu Religious Texts are probably ignored or untouched section of Indian literature, especially amongst the younger generations. Though, I believe, the recent telecast of Ramayana and Mahabharata has instilled some curiosity amongst them about our Holy Scriptures. And therefore, there must be an urge to read the ‘original versions’ and try to understand the real depths that can seldom be translated on the screens. 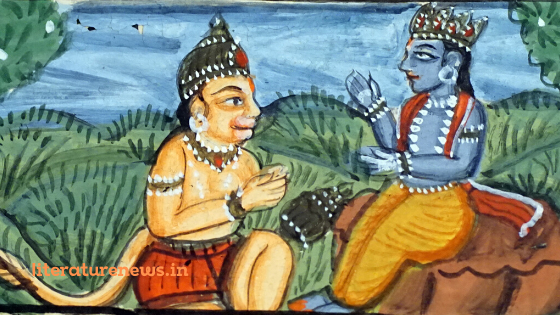 No matter how modern we have become with the advancement of science, granths like Ramayana, Ramcharitmanas, Bhagavad Geeta, still occupy a prestigious place in our home. Why? I brought up in a spiritual environment, listening to the tales of Bhagwan Shri Ram and Shri Krishna. In fact, on every Sunday and on occasions like Ramnavami, Shri Krishna Janmashtami, I used to read and recite Dohas and Shlokas from those holy books along with my grandmother. And let me tell you, it used to be real fun. However, sadly, I see today’s parents are so busy to get along with the modern lifestyle that they have almost forgotten to pass on the teachings they have learnt from their parents and grandparents about our religious texts to their kids and grandkids. It really hurts me.

Now, coming to the Hindu religious texts, I believe, it is the sixth element in addition to Panchamahabhutas (five elements) – earth, fire, water, air and space with which our body is formed. The role of this sixth element is to govern this unique system called Body. You can also see it as the cornerstone of our lives. Because religious texts or scriptures are those sacred texts that tell us everything about life – from its beginning to the end, from lessons of life to castigations which we may have to face, from questions (we as human beings can think of) to their most suitable answers. So, you have got the inkling that these texts are important to us today and forever. Let me explain with brief details.

Religious texts are the mirror through which we can peep into the ancient periods of our religion and learn the documented history and origin of arts and science form in India such as music, dance, sculptures, architecture, astronomy, science, mathematics, medicine, and wellness. While the Valmiki Ramayana gives the vindication of music, singing, medicine, and wellness; Ved Vyasa’s Mahabharata authenticates mathematics, architecture and dancing. Moreover, four Vedas – Rigveda, Yajurveda, Samveda and Atharvaveda consists of the methods and information about worship, Yagya, music, and politics respectively. We also have Upnishads. Upnishads are in a continuation and they are the bodies of texts that tell us about various aspects of material as well as spiritual life.

Religious texts are the ocean of wisdom. If you’re ready to dive deep into these oceans, they have gems, in the form of sayings and lessons, to offer you mental, physical, moral and spiritual growth and wellbeing. It also educates us about do’s and don’ts of life and also describes Karma and Karmafal, like how justice, dharma, and righteousness wins over injustice, adharma and evil. The two timeless epics, Ramayan and Mahabharata, are the great examples of it. At the same time, a scripture like Bhagwad Geeta from the past has answers to all your questions, anything that you wish to know! However, the better you understand the question to which a text is an answer, the better we grasp the meaning of the text. 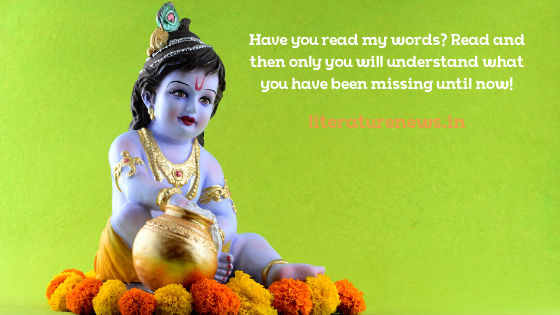 In addition to the above two points, religious texts are full of sympathy, empathy, kindness, forgiveness, and humanity. These are the five Mantras of happy and peaceful living. By grasping these Mantras in life, life will be free from all the kinds of modern stress and anxiety. However, it is difficult to practice these Mantras until we get success in taking ourselves out of the traps of illusions of which modern and advanced lifestyle has brought with it. In any way, it does not mean that we should not work, not strive for material gains or stop doing anything. It simply means that we have to understand where should be the full stop, and comma and semicolon. Hindu texts help us in understanding these aspects that we fail to perceive once we indulge ourselves in the acts of material gains.

So, at last, a simple conclusion can be extracted out of all the intellectual exercise that we had in the above lines. The Hindu religious texts are important and relevant for each and everyone, irrespective of religion. For example, there is nowhere any mention in the works of Vedas that only Hindus can have access to the knowledge of Ayurveda or Music. We all learn. And therefore, it would only be wise if along with the literature of other countries and of various genres, we could also incorporate a healthy habit in our life – reading our holy scriptures for a life filled with principles, morals, superior knowledge and contentment.

I hope that the recent and ongoing bad phase in our lives may, somehow, have inspired us to look back and deep into our treasure – the ancient texts. Ramayan and Mahabharat being re-telecasted on Doordarshan and then many channels following the same, people breaking records of viewership by watching these episodes as a community and then a raised level of interest in our youths for these religious serials give me hope that there will be an elevated curiosity among the young readers to know more about these texts and there will be many things to know and tell. And I also think that the bloggers’ community in India will take an interest in bringing out the qualities of these texts to the readers and I can hope that many among the top book reviewers in India will take this thing up.