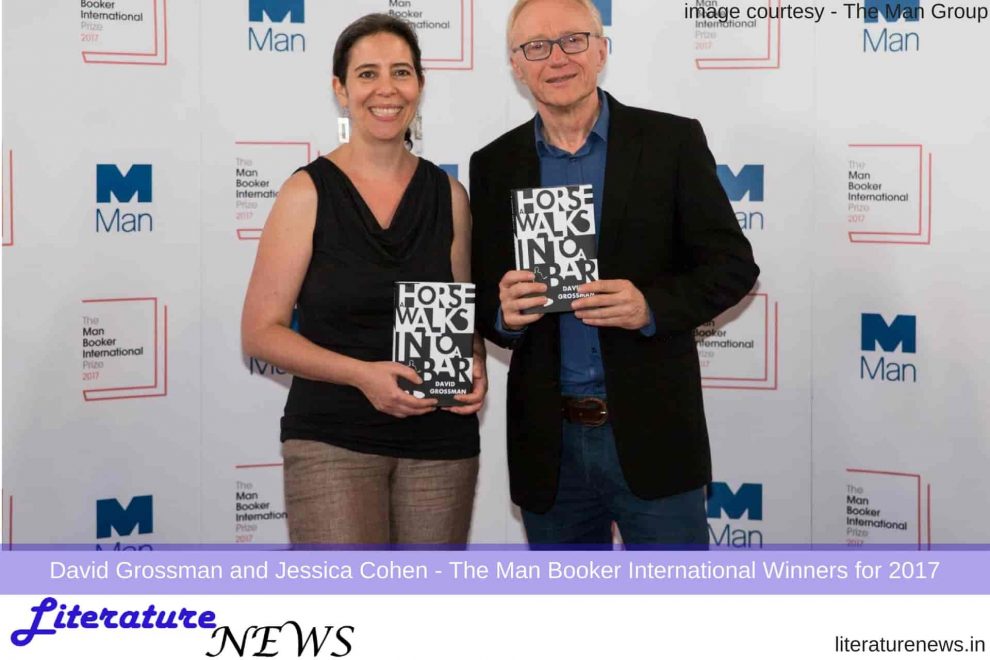 Israeli author David Grossman has been announced the Man Booker International Prize-winning novelist for his novel A Horse Walks Into a Bar. The book has been translated into English by Jessica Cohen and hence she has also been a shareholder (not less than half, 50%) in the amount which the Man Group will offer to the winner. The prize money of £50,000 will be shared by David Grossman and Jessica Cohen equally along with £1,000 for each for being shortlisted for the prize. This news has been shared by the Man Booker committee on their website.

David Grossman is not a person who needs to be introduced to the literary fraternity. He is a bestselling author in Israel and in the world for his fiction and non-fiction literature. He is also a very well-known children’s literature author. Worthy to mention that the books of Grossman have been translated into nearly 36 languages! Before this prestigious Man Booker Award, Grossman has seen many other international honours coming his way. He has been the recipient of the prestigious French Chevalier de l’Ordre des Arts et des Lettres. David has also bagged the Buxtehuder Bulle in Germany and Rome’s Premio per la Pace e l’Azione Umanitaria. Moving ahead, he has also been honoured with the Frankfurt Peace Prize and Israel’s Emet Prize. Now, this Man Booker International Award has established him in a swing!

Coming to his award-winning book, A Horse Walks Into a Bar is the story of a stand-up comedian. This book has been praised highly by the critics and newspapers worldwide. The Guardian has called this book not only about people in Israel but ‘it’s about people and societies horribly malfunctioning’. It’s a kind of critical analysis of the way we human beings have been living in the recent times amidst so much chaos and engulfing changes. Nick Barley, the person who announced this book as the Man Booker Winner for the year 2017, has to say that the central character in this novel ‘is challenging and flawed, but completely compelling’.

Not to say repeatedly, but the Man Booker Award has brought David Grossman into the limelight and now his fiction, as well as other genres he writes, will be in a direct circuit among the readers who are eagerly waiting for some serious fiction. We congratulate David and Jessica for their awards!

Etisalat Prize for Literature Calls for Entries for 2018
Comment