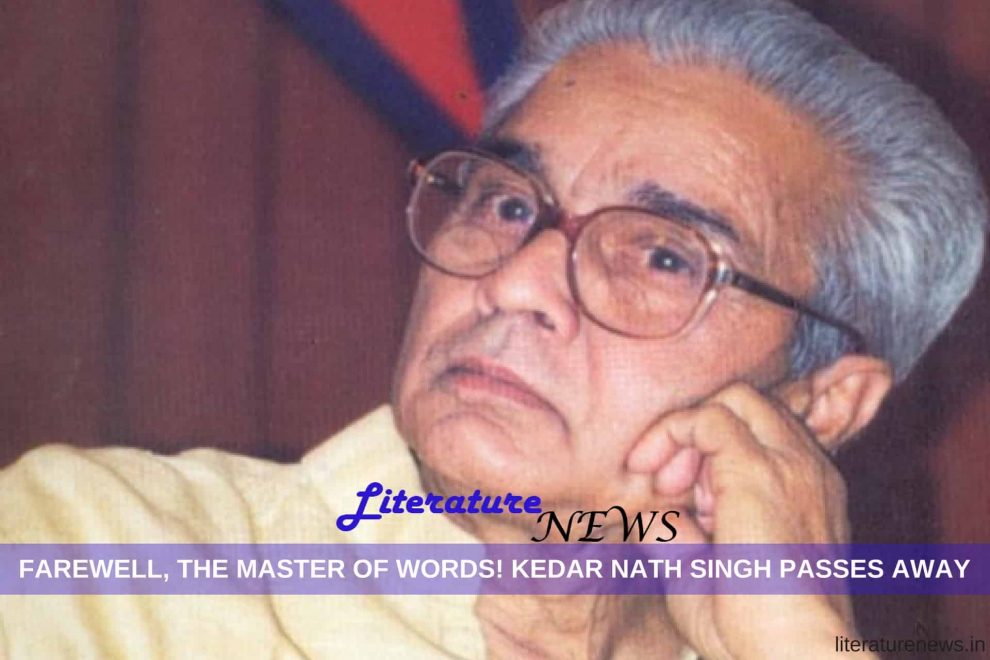 One of the popular poets of Hindi, Kedar Nath Singh, has passed away on 19 March 2018. Very famous for his touching poetry, Kedar Nath Singh was born in Ballia district of Uttar Pradesh. He completed his education at Kashi Hindu Vishwavidyalaya and later on, joined JNU for his career as a professor in the Hindi Department after spending initial days at Gorakhpur.

Kedar Nath Singh’s poetry is characterised by his simplicity of language and complexity or expansion of his themes. He always let the readers enjoy as well as think.

(Will the life be spent like this,
living between words to words
and the dilemma
between living and being alive and
continuing the life?”)

Though it’s difficult to claim that what kind of a poet Kedar Nath Singh was, he was always an appreciated one in the lot. His poems and his popularity brought him the respected Sahitya Akademi Award in the year 1989. He was also awarded the prestigious Jnanpith Award in the year 2013.

Many well-known personalities from the writing industry, politics and other walks of life have expressed their sorrow on the death of this poet yesterday.

Kedar Nath Singh wrote many poetry collections out of which, the following are considered to be acclaimed and highly popular among the readers.

The poetry fraternity will always owe its due to this great Hindi poet who contributed his valuable poems to the Indian literature and gave the readers his legacy in the form of his words. The words which kept him alive and the words with which he breathed his last!