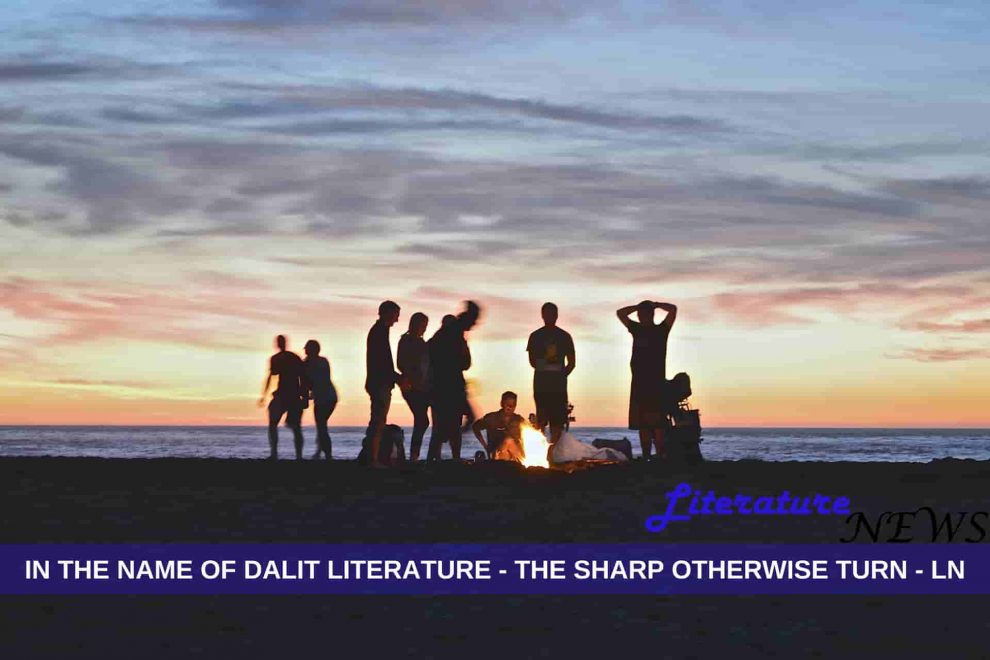 Well, finders are so gracious finders that they can find dalit literature even in the iconic work of literature such as Othello; I have no comments for them. Dalit thinkers (or critics) are the same people who keep saying that there should be no difference between people based on the concept of cast and creed and upbringing or any kind of difference for that matter. However, their opinions or piece of critical writing always depict people of certain groups with certain titles and this is frightening because they are actually winding the fire by making people stand on different pedestals and preparing them (or rather instigating them) to confront each other.

Modern dalit literature finds its pleasure in accusation, casting aspersions, widening the rift between men and men, men and women and community and community. This opinion of mine is based on the keen observation that I have been indulged in, for sometimes, regularly. For example, the books by modern dalit authors are more spun or tilted towards a kind of compulsive realism (and who will verify the veracity of the realism?). On the contrary, dalit authors of the older generations, Mulk Raj Anand and Raja Rao and others used to do creative as well as productive dalit writing. Today, the authors have been infected with a trend of destructive or unproductive (if I keep my words optimistic somehow) writing in the name of dalit literature. I best remember the example of Raja Rao’s Kanthapura, a novel which changed the concept of Indian national freedom movement in those days. Raja Rao’s attempt was to eliminate the gap between dalits and non-dalits and make them stand on the same piece of land for a greater national cause. Today, when you read some ‘great dalit literature of today,’ you will find a direct inverse proportional in action.

Any serious attempt at writing literature should be aimed at some higher purposes other than just offering the pleasure of reading; for such pleasures, we do have books like Mr Grey’s perspective and Mr Bhagat’s holistic attempts at describing the feminism in a totally different perspective. The concept of dalit or marginalised writing came into a forcefully assertive mode in India during the 1970s and in the next three-four decades, it became more a propaganda in the hands of the marxists and communists. In most of the literary productions which are by the prominent dalit writers in India, you will find that the authors are merely indulging in bashing the communities of people (retrospectively mostly) rather than offering any productive solution to the present scenario which is more and more getting better, I think.

We tend to demean the writings by great novelists such as Hardy just because instead of being productively creative he rather chose to become a pessimist. So, how can these authors, marching as the voices of the millions, be so wayward and take pleasure in creating rift rather than actually becoming the voice of the suppressed? This is a question that demands serious answers.

by a senior contributor to LN

The foe oft-times having the foe in sight – John Donne is going to bed!
Maithili Literature – a look back for aspiration
Comment