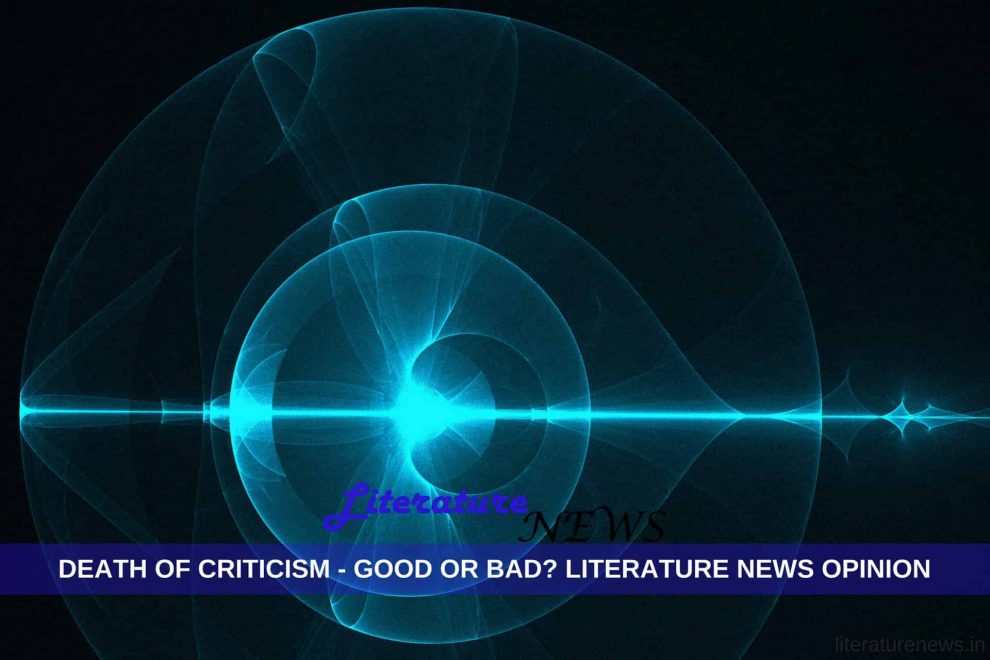 Let the truth be told, without any attempt to euphemize the words or make the phrases lesser sharp. Literary Criticism is no more! At least, in reality, it is no more! For the academicians and for those students who have to score good marks and for those enthusiasts who still want to delude themselves with the Aristotelian unity, let there be literary criticism in romantic theories; in the real world, however, sadly, literary criticism has died or is ready to die. Who cares for it now? Outside the ‘fancy’ classrooms of literature, do you hear people talking about the validity of literature or its aesthetic qualities? I bet NOT!

When I was an English Literature student, I enjoyed reading the essays by T. S. Eliot and thought that there must be the depths of literary criticism which are deeper than my imaginations. However, the more I tried to fathom, the more shallow it appeared – after the ‘modern ones’ I was taught, brakes were pulled and the bicycle stopped never to be paddled again.

Once I was left to explore my for myself, I tried; I reached different places and found useful and encouraging literature as well. However, the more I found the more I worried. The morning star annunciated the end of the night in which I was having my share of romance with theory and I concluded that literary criticism has reached the shore – it would swim no more and we won’t see any more artistry of the ones who judged the artistry of the artists.

Getting down the chariot of fancy, you will find that the readers (the readers of literature) are no more interested in enjoying the things other than what they like reading. And once they like something, they become intolerant, to an extent, to the views of other people about that certain text. Where will the criticism take place? It has become a binary practice among the readers – there are the ones who like 50 Shades of Grey and there are the ones who don’t like it. So, how can someone tell anything ‘critical’ about it? How can someone praise the novel in front of the ‘critical’ readers who love bashing it?

If you are wondering, I have deliberately excluded the academic functionaries out of the above scenario. The reason being an exceptional immunity to the new discoveries which can be seen even without the glasses! Derrida takes so much of their time that they don’t have any interest left in moving ahead of him; and honestly, is there something after the absurdity of deconstruction?

On the brighter side of this episode, the death of literary theory and criticism, I find it truly encouraging that the readers (even the academic ones, if left with liberty) rather apply their own judgments instead of being imposed upon by someone else’s opinions considered to be the gospel truth on certain subjects. For Metaphysical, you had to read Eliot or Jonson. For Romantics, once again you turn to Keats. For poets before Jonson, you had to visit Lives of the Poets by him. And so on… and, if you offer a spoon every time, a person will never learn or even think using the hands!

So, there is the brighter side as well. However, if there will be no practitioners of an art, that is a bad situation to imagine. There must be the torch-bearers in every century whom we look up to and sadly, there are none or very few of them right now. The death of criticism might offer a liberty or the freedom of exploration, it is certainly needed to offer the readers a taste of what they are reading. We can only hope that scholars will take the call and accept the responsibility in a responsible manner.

Social Media Literature – getting worst? Opinion
Can we come out of the classic cocoon? Please
Comment