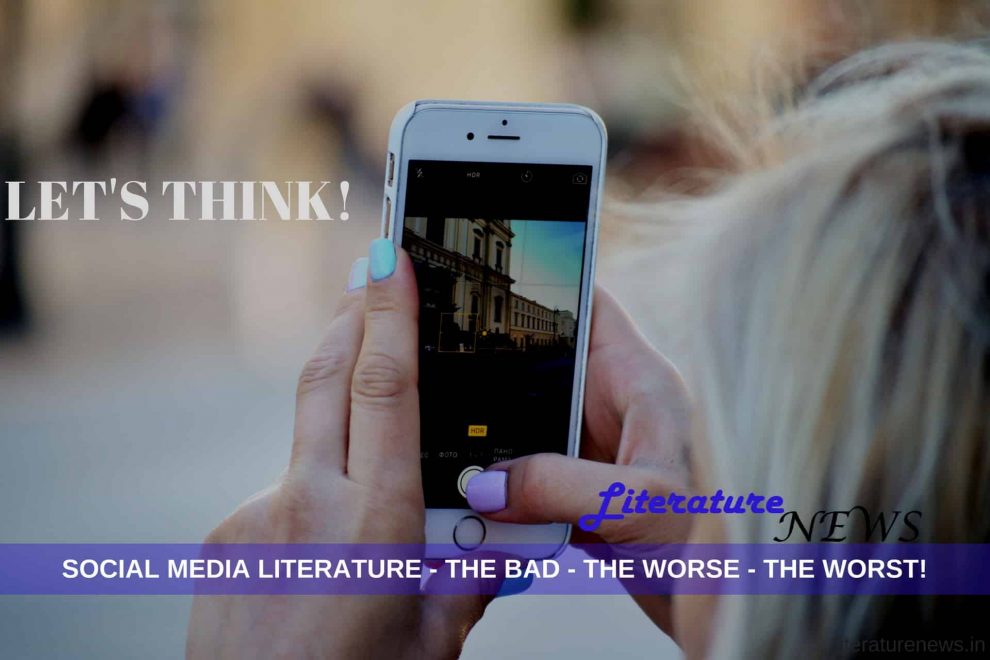 Words are very important. The importance of words cannot be measured with quantifiers; adjectives or adverbs. Still, we can surely understand or at least pretend to understand that we know how important the words are. “Do or die” or “Blood for independence” are not very old yet. Words can wage wars; words can make peace; words can bear love; words can increase enmity… words are powerful. However, in the middle of so many ‘words,’ do the words matter anymore? Media, newspapers, influencers, individuals, trolls, bots, social platforms – does the word matter anymore? Before we make our black and white judgement in yes or no, we must consider moving ten or eleven steps into the grey street to define the definition of our conclusion.

70-80 years ago, words did matter; wordsmiths contributed to the ideas of the ‘sections’. Words even participated in conscience building; the constructive awakening of the masses; fruitful propaganda and many other creative actions which were ultimately beneficial for the people at large. Today, what’s the scenario? In the terms of media opinions, we have millions. In the terms of political opinions, we have more than millions. In the terms of spiritual leadership, we have many. In the terms of entertainment, we have millions once again. We could easily understand which ‘word’ is powerful but, unfortunately, we don’t have the luxury of that leisure today. We are busy in indulging with our own words which are the byproduct of so many words we come across every day and some of them are negatively powerful…

Forget battle of books once fought in the mind of Swift; today, we have the war of words which is going on everywhere – mostly in ‘the worst genre of literature’ – social media literature. And unfortunately, we have messed it up already! With over 2.5 billion engaging on Facebook and about 350 million busy on Twitter, the war of words was never so interesting – the Social Media literature is, unfortunately, a hybrid kind of fiction which is produced by adding the absolute non-fiction and realism with magical narrative and fanciful whims. And lo, the piece of literature which goes ‘viral’ is considered to be the bestseller in the term so of social media literature! And mark my words, the bestsellers in social media literature have the power of change the entire game – US Presidential Elections of people’s perception about the Brexit or even the elections and electoral decision making in India!

While we cannot control the scribes of social media literature, we can surely educate ourselves. We can make ourselves aware that all the literature being produced on social media aren’t classics – these are the greatest and most animated examples of propagandist literature in the twenty-first century! Even the biggest threat to humanity, ISIS, has its hired authors who are producing ‘viral’ social media literature for them on various platforms. Could you imagine anything worse?

Whether it is the right time to harden the censorship grip on this form of literature is something that the people in power will have to decide. However, this is undeniably the form of literature which has worsened to the worst form in the history of mankind within a decade or so of its emergence! It has become a threat to mankind rather earlier than expected – it is so powerful that we have dozens of murders just by a piece of ‘social media poetry’ within minutes!

Is it the right time that institutions offering courses in literature should start teaching the bad effects of social media literature? I leave this question mark to give you few seconds to ponder. Have a good day!

a piece by Alok Mishra