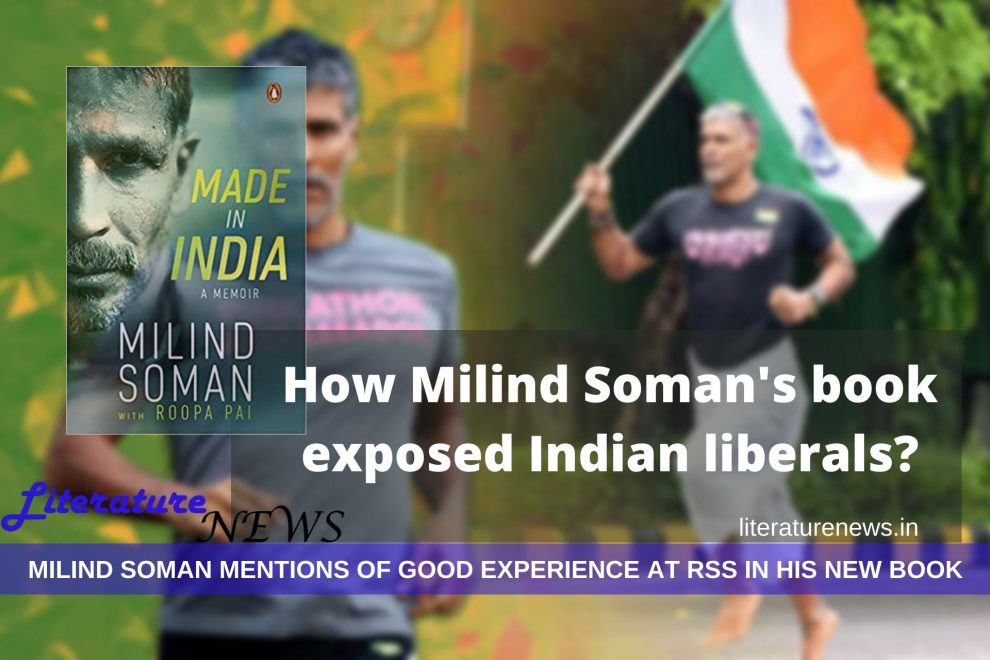 Is RSS untouchable? Intelligentsia and academia in India (the left) are very selective in their outrage. They pick and choose ideas to support and denounce according to their benefits. Demonising RSS is at the core of their collective efforts to defame India and the central idea of India – Hinduism or the Sanatana Dharma – for the reasons only God and the ‘left’ know. However, at times, left in India have to feel embarrassed when spontaneous thoughts by people from the first row in the society counter their narrative. And the very recent case is Milind Soman’s book, his autobiography, in fact, Made in India: A Memoir. In this book, the author and the supermodel who is also a marathon runner and a fitness enthusiast, known as Iron Man, discloses that his idea of RSS and experience in the Shakhas of Sangh, during his childhood, were entirely different from what the media portrays today.

Though the book’s validity as a piece of non-fiction literature might be a case for scrutiny of the readers and book reviewers in India, the book has certainly served a purpose of exposing the true faces of otherwise disguised as liberals. It has unveiled the guilty conscience that lies behind a mask of liberalism. It is, moreover, a very sad state of affairs in the country where we see a work of literature being attacked, along with the author, for no reason at all. Okay if Milind praised the RSS for ‘the discipline it instilled in him in childhood’. What is the problem with that? It was Milind’s personal assessment and he has all the right to express it in his book. After all, the title is supposedly a memoir – an autobiography. Why cannot you take it as it is, liberals?

It is not a new trend. Traditionally, the bunch of Indians (mostly NRIs on usual leave passports in India) who call themselves liberals have been critical of anyone who praises RSS because they believe RSS to be violent, guilty, wrong and incessantly bad. However, these guys will defend a disastrous piece of propaganda like Gujarat Files written by a semi-journalist Rana Ayyub just because it criticises Modi and the RSS. What is the authenticity of the book? Zero. Innuendoes written like facts count big for them rather than a guy’s, of Milind Soman’s stature, personal experiences. Isn’t it strange, readers?

Well, while you enjoy reading how the liberals of India were caught pants down in their own trap of freedom of expression, you might also be interested in knowing what Milind Soman has done in his book other than writing about his experiences at Shakhas of the RSS. You will certainly be interested in reading this fine review of this book by Indian Book Critics:

Made in India by Milind Soman

article by a contributor to Literature News

Lessons Indian novelists can learn from Ramayan and Mahabharat – Opinion
Indian Languages and English: the battle of regional vs international
Comment