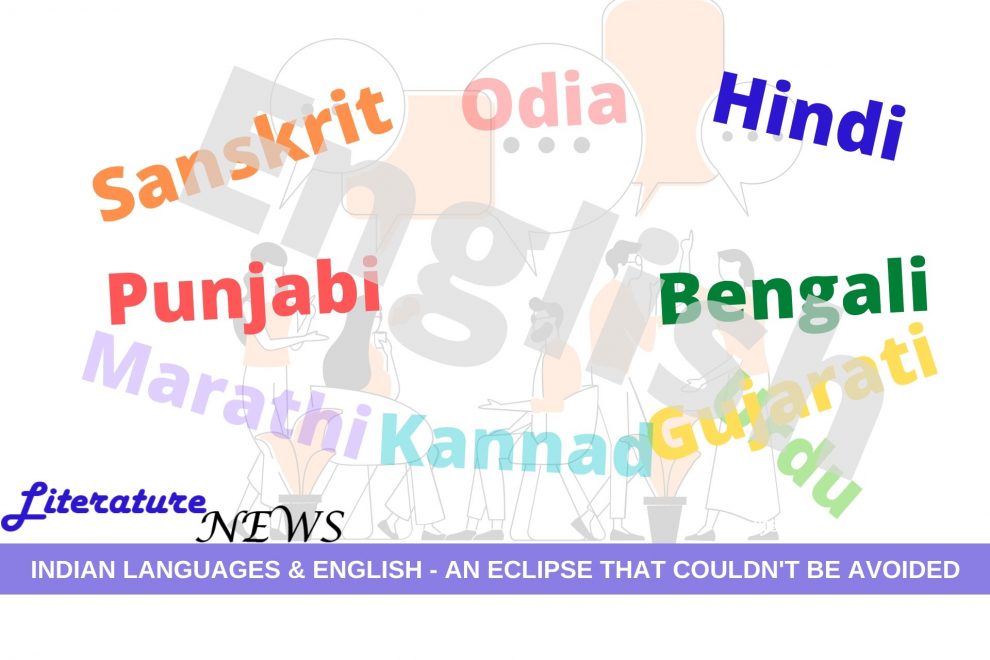 India is a colourful and vibrant country. Like a colour has different shades and tints, India too is too diversified to the threads of its various marque elements. From culture to religion to customs to language, diversity is the hallmark of India. In spite of such great diversity, there is one common thing which has connected every Indian in one single string, which is the feeling of “Indianness”. This feeling of Indianness makes a composite whole – something that runs through the very veins and blood of India. Indianness is seen in various forms and in various things that are Indian by nature and by the sheer virtue of being Indian. In Indian art, in Indian lifestyle, in Indian traditions and customs and even in Indian religions. Everything that is Indian is unique and we cannot forget to mark the important one – Indianness in Indian English Literature. However, even after 72 years of independence, the feeling of Indianness is enslaved by the colonial language. Can I make that sweeping remark? I think I will have to limit my sentiments to the very agenda of my article. I want to draw the attention of the readers of Literature News to the fact that Indian literature, in spite of being Indian to the core, seems to have trapped itself into the grip of an alien language, a language that is not our own but has been adopted so dearly by us. The English language has completely invaded our lives, emotions and sentiments. Since morning to evening, we breathe English, we feel English, we eat and feed English. In such a scenario, how can our literature breathe freely? R. Parthasarthy may have been right when he finds his tongue in prison of a foreign language.

Indian literature is the oldest in the world and has an immense impact on Indian culture. (Though this statement may entirely be shredded to its microscopic pieces by Deconstructionists and proven that culture gives birth to literature or vice-versa if I wrote the opposite.) Many writers have contributed to the development of modern Indian literature and have written in a large number of regional languages including English to highlight the cultural richness of the country. But these days, kids, adolescents and youths may barely speak their ‘mother tongues’, whether Hindi, Gujarati, Marathi, Bengali, Tamil, Telugu, Maithili, and many others. But they do not speak it with the fluency and urgency that we find when they speak (or try to speak) English. They may be able to read the alphabets of various mother tongues or may even falter in doing so. But they do don’t prefer to read literary writings in their regional languages. English has become primary, secondary and tertiary language, especially amongst adolescents and youths. Vernacular languages are symbolised as Backward, obsolete and the language of the poor in most of the cases. It is a significant loss of culture as well as Indianness. The theorists who theorise the theories related to language may agree with me that every language has its significance and association with culture, tradition and the entire social set-up that we cannot migrate while translating our thoughts to English, the language that could be called predatory because it has heavily invaded the peaceful society of many languages in the world. A language, especially the regional ones, has its history. A history that signifies culture, philosophy, memories, ideals and ideas. Have we put many of our lexical universes in the closed boxes as unpaid ransoms for the kidnapped ambition that could never be fruitful?

Furthermore, the new-age writers and poets prefer writing in the English language rather than any other regional language because they believe by writing in English, they will be admired, praised and get fame and affiliation by “the elite community” that thrives by so’f’isticated imposition of English and creating ruckus the moment anyone talks about one language for the entire country. By “the elite community” what I mean here is economically sound and literate people, with a certain elevated level of bias against those who are supposed to be inferiors to them and, surprisingly enough, this community represents a scanty minority in the entire scheme of Indian set-up at the moment. Are these new-age writers really contributing in the advancement of the literature of the country or are they interested in their own ‘prestige’ in being certified by a community? Those who follow the literary happenings in the country can easily judge literary personalities jumping from’ left to right’ and vice-versa according to the situations and weather for this affiliation.

Literary writings are profound as they provide new views and understanding of a culture, its beliefs, its ideologies, its people, their way of living, style of dressing and food patterns, etc. As it is said and stands as fact that things can be better understood in the native language rather than being made clumsy by adding an extra (and mostly unnecessary) layer of decoding. Likewise, any literary piece, written in vernacular language, expresses cultural concerns and its connotations meticulously for readers to empathise with their culture and add that extra fusion of homely feeling to the literary work.  Any literary work written in any adopted language is like a shallow wave which does not have any idea of the depth of the ocean even though being a part of the ocean itself.

And there certainly is, as we mostly love to see, a silver lining in the cloud. Among many regional languages that India has, Tamil, Malayalam, Telugu and Marathi languages have been successful in not only serving the scare of English but also thriving in their glory. Though there is a lot that needs to be done, the authors who write in these languages have been all dedicated to their purpose of adding depth to the regional literature. There have been efforts at times, significant in nature and emphasis, in Bengali and Kannad languages too. Punjabi literature has also shown signs of resurrection and the same can be said in terms of Urdu literature as well. Hindi has been steady at times and taking a few steps back as well. However, with the rise of the likes of Kumar Vishwas and a few translations of bestselling bad literature in English, it has been getting buckets of fuel from time to time. The languages that have been ‘lost’ in the reverberating harshness of impolite ‘shit’ and ‘f#ck’ are Magahi, Sanskrit (surprisingly), Maithili, Pali, Prakrit, and many others that we will never know. No writer dares to write in these local or regional or even the mother language of India. Their problem is also very rational – who will read? The readers who are interested have also a valid point to argue – who will write? And the quandary goes on, eternally! It would be interesting to see who takes the initiative.

Our vernacular literature is in dire need to be saved from the creeping influence of English language.  We must now focus on how to get its status and respect back and try to bring back them to the mainstream. The English language cannot be eradicated entirely but the disproportion of the English language must be controlled immediately for the preservation and advancement of our literature as well as culture globally. Only then, we Indians would be able to call ourselves Independent proudly and the feeling of Indianness in us would breathe freely.

By Nidhi Parikh for Literature News

How Milind Soman’s book Made in India exposed the liberals in India? Opinion
Messiah Modi by Tavleen Singh & Politics of Literature in India – Opinion
Comment