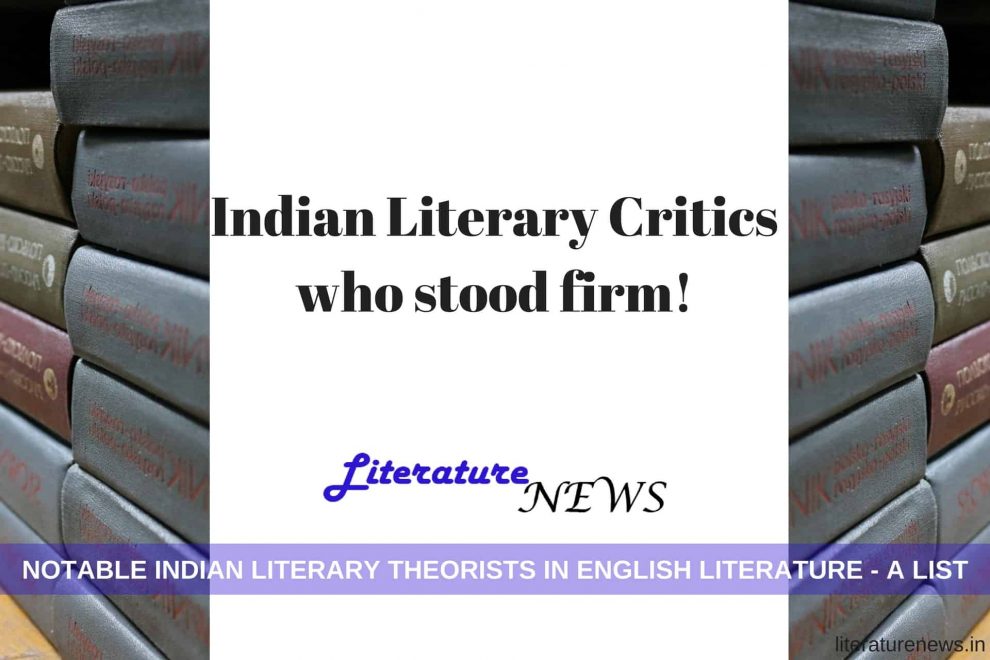 A random through into any book on critical theories in English literature will easily project the hegemony of the Western World and the situation becomes like – I produce; I critique; I enjoy the final say; who the hell you people from the east are? Isn’t it true? Even if there are people from the east into this business of ‘sophisticated words,’ they are very much in the ‘west’ defending ‘east’. Today, I will discuss some of the well-known critics from India who have changed the English literary criticism for good – they made their places in the congested lane of literary theories and established themselves as theorists in English literature. So, let me walk you through and introduce you to some of the popular faces from India who have brought revolutionary changes in this scholarly and intellectual field which sometimes seems nothing more than jargon and random and destabilised when you go through the ideas which are bizarre…

Gayatri Chakravorty Spivak:
The students who are active, energetic and serious and even those who just peruse and peruse and peruse the syllabus more often, anyone and everyone related to the field of English literature must have, at least, heard this name – Gayatri Chakravorty Spivak. She is vocal and enthusiastic in the field of ‘literary feminism’ but still, best known for her ‘simplifying’ of Derridean dexterous texts. She wrote the introduction to Derrida’s “Of Grammatology” and also translated his work. Her own works such as “Can the Subaltern Speak?” and critical works on the writings of popular short story writer Mahashweta Devi are well-known to the readers. Spivak is a professor at Columbia University where she also heads the comparative literary studies society. She had her initial education in Kolkata before heading to the Cornell University for her higher studies, facing many financial difficulties. Indeed, Gayatri is surely the leader if we talk about the Indians who enjoy their say in the ‘intellectually colonised’ world of literature.

Radha Krishna Sinha: A scholar of English Literature, Radha Krishna Sinha was the head of the English department for a long time at Patna University. He was a versatile personality when it comes to scholarship and his studies in the works of D. H. Lawrence was well-known to the Western world as well. His contributions to the English literary accumulation is still remembered by his disciples and also among the scholars in India. He died in the year 2003, August.

Homi K. Bhabha: The “Simplest” of the theories is ‘if you cannot argue, just criticise’. And the same has been applied by the Western intellectual colonisers against Homi K. Bhabha who as taken the world of literary theories by storm with his scholarly critique and writings. He has propagated many new theories in the domain of colonialism and post-colonialism. His theory of Hybridity is much-debated yet very popular. Homi’s roots belong to Mumbai and we must be proud of ourselves for that – but for how long? Influenced by Edward Said, Homi Bhabha has opposed vehemently the intellectual hegemony of the Western and ‘white critics’ in the terms of their perception of the effects of colonialism on the colonised. Bhabha’s theory bring new dimensions to the studies of texts otherwise considered to be the masterpieces of English literature!

The draught is here:
And who else has put the Indian context? I doubt that because we, Indians, rather believe in closed mind studying and we seldom allow the freedom of thought in the classroom! It’s high time that we allow the students to think not only critically but also exercise their critical faculties in the truest of its meaning so that we have others who can represent us at the places which are otherwise captured by the intellectuals who self-certify themselves!

Self-Publishing Dilemma: the good & the bad for literature
The ‘Loose’ attempt at literature – calling names to Sri Ram
Comment