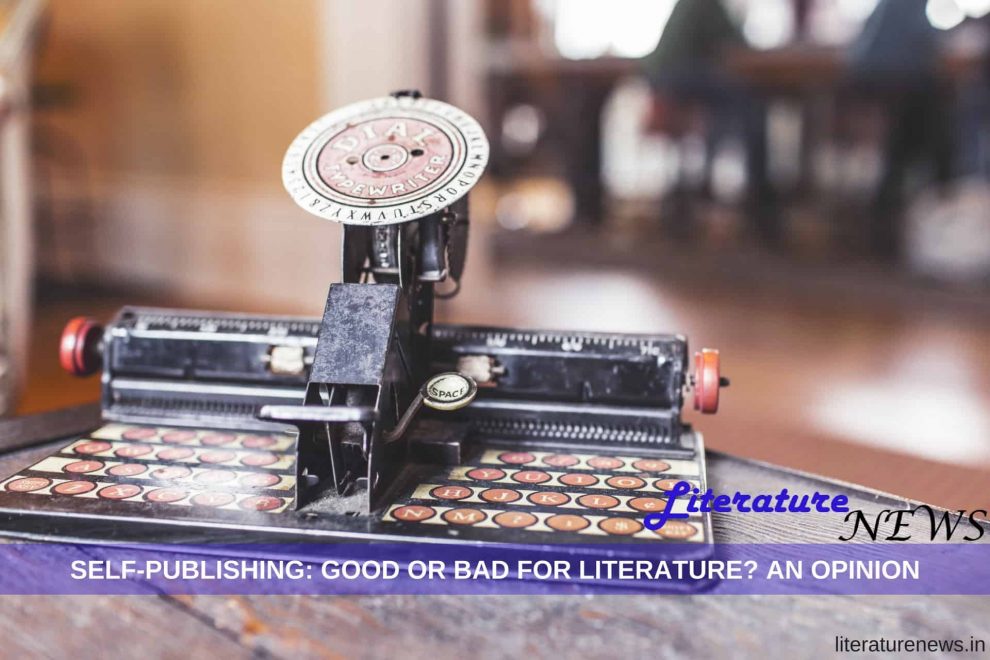 We all know how good it is to see one’s name as ‘the author’ on the cover page of a book! That’s the day creative writers live for! But the backend, most of us, among the readers, seldom know. There’s the struggle, the rejection emails and sometimes a very long wait… authors have to go through different purgatories to get their writings turned into books; some succeed and some fail; some become bestsellers and some rarely sell; some fade into oblivion and some shine on the top. The drama that life is can be seen in the best form if you study the life of two authors – one successful and another a failed one. One did not have the pen to write Harry Potter and other could not get a very good manuscript selected by any reputed publisher. And eventually, self-published it and vanished! So, how good self-publishing has done to the literature? Has it done the justice? Or has it merely increased the injustice?

Most of the times in the modern world, you will come across the authors who have their titles self-published. Sometimes, the titles are more than worthy and most of the times, it lacks the conviction and content. Still, the title is published and it is in the market, nonetheless! Now or then, we might have to read one among such ones and we might like or dislike or just pass on one of such ones. If such happens, and you happen to dislike the book, casually, you will just ignore all such titles in the future and a sweeping statement might occur – new books are bad! Let’s get back to the classics!

Titles like ‘Murders and Murders,’ ‘The Poison Lips,’ ‘I never say no to love,’ ‘Kiss or Kill or Die,’ and so on… these are some attempts at the softcore writing mixed with inevitable lusty blows of ‘sext’; am I right, dear readers? And likewise, the titles published under various other genres are nothing but the mediocre type of books with less content and much ambition and hence, self-published. Publishers make huge money and authors just become ‘authors’ for the sake of being ‘authors’ among their friends and don some respect when they move around which lasts but fewer days than imagined… is it any better for literature, though? I ask myself and feel pity!

On the other hand, every now and then, we do get to know about the titles which are very good, indeed, and which, if could be published by mainstream publishers, could reach the heights that most of the self-made authors have reached recently. Do you also feel sorry for those titles because the authors have to do everything on their own? I feel very sorry for those promising authors!

We have to admit that the self-publishing platforms have ruined our taste and interest in literature; we find it very difficult to find the books suitable to be read. Sometimes, you might even find very absurd titles with lesser than average content being published by the reputed publishing houses as well – is there something under-the-table? I doubt; I doubt! At times, I do think that we are being fed with literature…

This is a dilemma which will keep knocking at the doors of literature lovers again and again; how good or bad has self-publishing done to literature? And I do hope we won’t ever be able to find the appropriate answer because we come across the worst and the best every day!