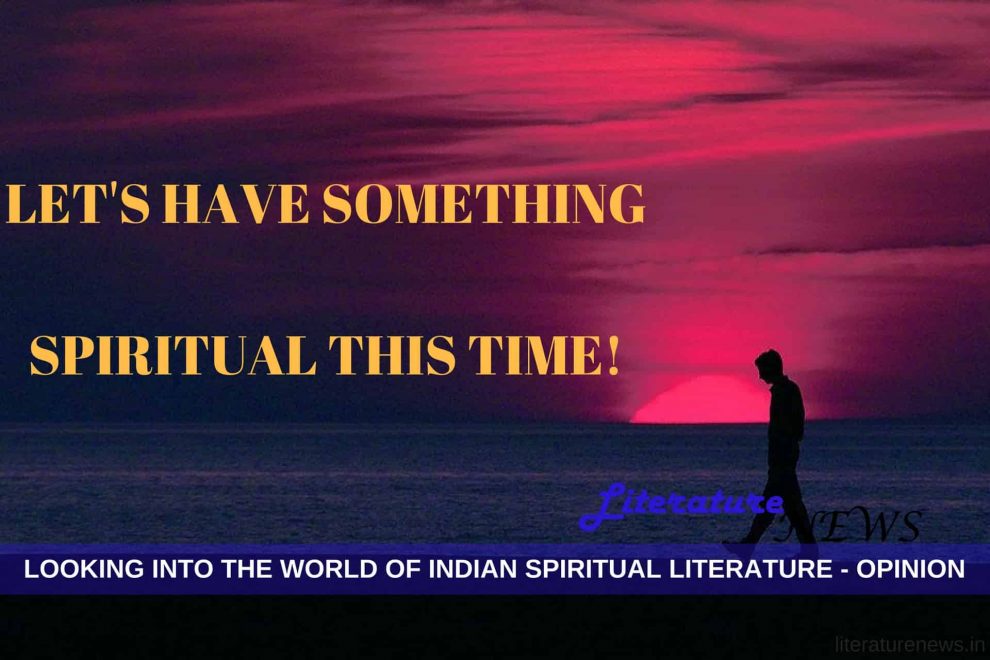 After the publication of Swami Vivekananda’s spiritual and philosophical texts, the world came to know of India and India’s a little better. It was followed by many sages and saints and of them, Paramhansa Yogananda’s is the best-known. Not religious, something of a different tone, the writings of Jiddu Krishnamurti also became very popular. Revolutionary writings by Osho are still very popular among the seekers and readers. However, not many among the readers are aware of the many authors of the genre which might be called spiritual literature. Let’s get a little deep into this genre today. I will be focusing on the authors from India or with Indian roots, such as Sri Madhava Ashish.

There are no ends known of the spiritual literature if we become stubborn in our approach. Srimad Bhagwad Gita can also be known as Spiritual literature and so can be called for Vedas and for the Buddhist literature as well. However, if we restrict our wilderness and ponder, it can easily be traced that the Swami Vivekananda was the initial cause who was, instead, inspired by his Guru, Sri Rama Krishna Paramhansa. Vivekananda’s writings may have surely inspired many others to look into the religious texts with a different approach in mind – not to accept anything and everything as it is but to indulge in serious research and thinking. His body of works is not necessarily religious but an analysis of the various facts which constitute life and things essential for life – religion, faith, conflict, discipline and all…

Spiritual writings, as often there is a ‘usual perception’ among people, isn’t about propagating for a religion or proving any point. Taking a leap into the works of J. Krishnamurti will further clarify to the readers that the authors who explore spiritual realms are more scientific than the authors of pure fiction which merely serves the purpose of entertainment. Most the writings in the spiritual genre that I have read seem to be sort of motivating and furthering the inquisitive approach in human mind – why things happen the way they happen?

Paramhansa Yogananda discovers the realms of philosophy and knowledge in the holy book of Gita and he presents his finding to the world in the form of his two volumes on Gita. His version of interpretation isn’t the same as the classical texts are – his’ is with a different approach – systematic and scientific and more towards the spiritual rather than being religious. Coming to Osho, he can be best described as a revolutionary who took the spiritual path. He focuses on the human life and towards making it perfect rather than pondering on the serious questions which deceive not only science but also the humane. In the modern times, Deepak Chopra is more inclined towards Osho rather than other Gurus from the past. Mr Chopra focuses, in his writings, on ease of living and making the lives of human beings comfortable in a different way.

Honourables, Sadhguru Jaggi Vasudev and Sri Sri Ravishankar focus on the traditional values but with a modern approach to them. Jaggi, if you observe, also focuses on the religious aspects in a relatable way and he can convey his thoughts very well because he knows all (including nothing as well)!

In the modern times, however, it seems that the playground of spiritual writing is empty and players are rather having a rest than playing their parts. We can only wish that more people who are realised, today, come to the fore and share their journey with all others so that we can have good books to read as well – along with the entertaining literature.