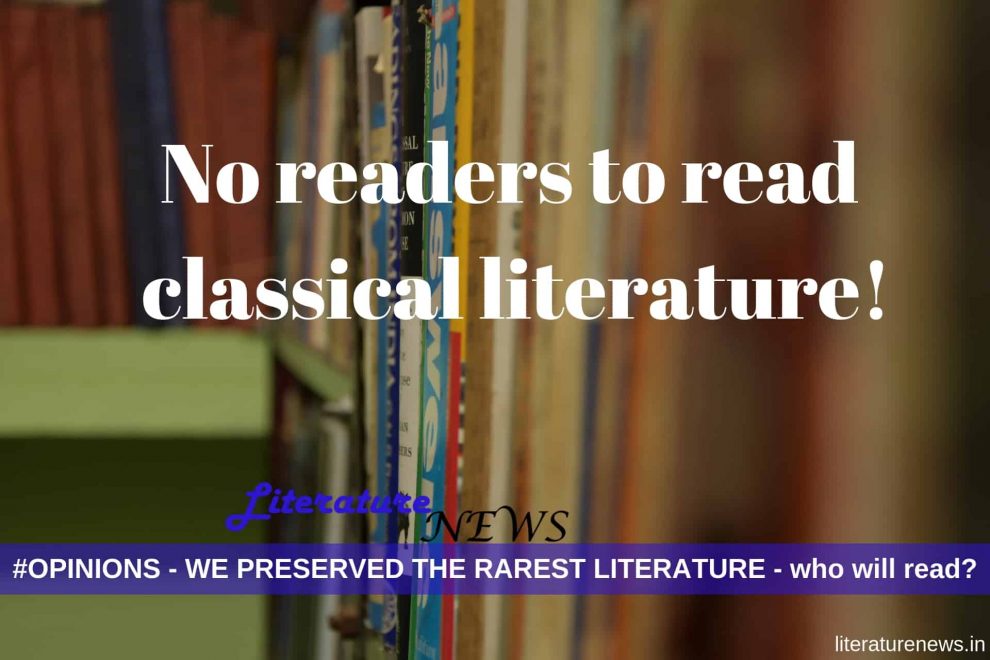 A recent article published by Howard Butcher in the reputed National Magazine depicts the sad state of modern lifestyle that has consumed so much of our capability to interpret and analyse, has also killed our abilities to read classical literature. The article, more like a case study, analyses the behaviour of a few students when they were given classical literature to read. Many of them, sadly, did not bother to read even the elementary pages while some of them showed the interest. However, the overall result was certainly saddening for literary enthusiasts.

And to be honest, we have to credit the increasing interference of technology in our lives for such a state we have reached. Who does not own an Instagram account today? And once someone is on Instagram, who does not want to post selfies regularly? And once we begin posting selfies regularly, who does not want to spend hours trying different poses and then different filters just to look good to some of the people we have never met in the real world! Isn’t that a script of a novel?

The increasing obsession for video games has also affected the abilities to engage with literature. Many young students (mostly teenagers) spend hours of their days playing online games and trying to beat the gamers who they know only by their nicknames. Parents are worried; teachers are worried, and children are also worried – I don’t want to lose this time! Now, in such an environment where sustaining the capacity of interpreting literary text has almost downed to new low, how can someone spend time with a piece of literature that might compel to work analytically? Is it even possible to think that today’s generation can spend time solving the puzzles by Bacon? The translations of Homer by Chapman should certainly be a bigger challenge than Fortnite and PUBG for modern youths.

The bigger question is – who is to be blamed? We have created technology for our aid. One one hand, technology is helping to preserve the most valued pieces of literature by digitalisation and on the other hand, we are lacking enough capable readers to read that literature we are dying to preserve. Isn’t the dilemma new truth?

The solution to this increasing problem is nowhere seen even if we try to peep into the near future. Addiction to technology will only increase. Distance with literature will only widen. And those who are still thinking about it are either blindfolded or do not want to accept the new reality dawning on the horizon.

By Alok for Literature News