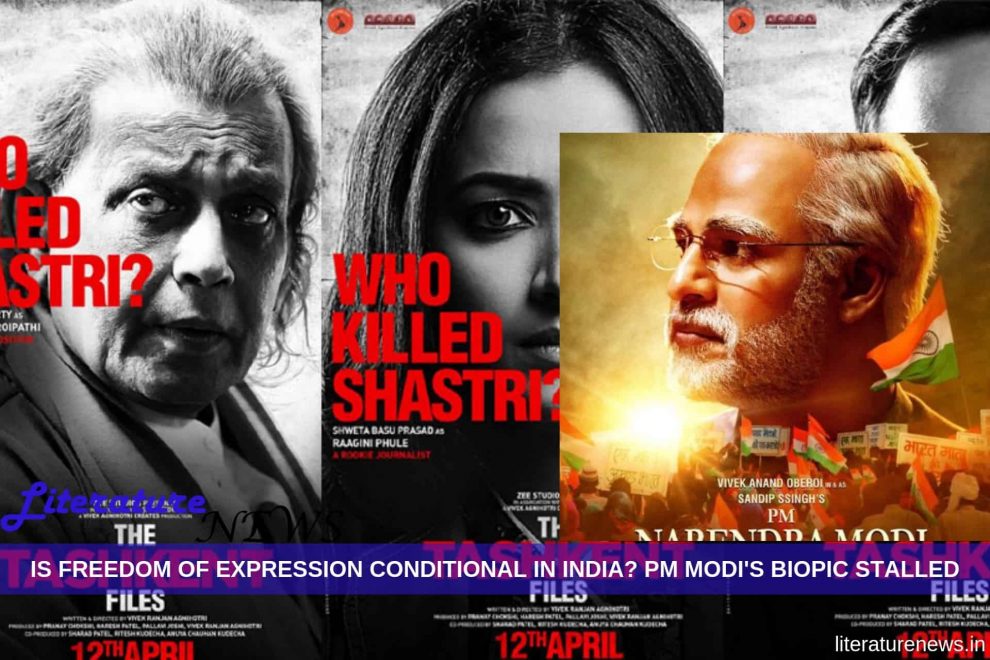 Elections have always been massive events in India. India has seen many elections – states elections and national elections, leaving aside the elections for municipal corporations and panchayats. This time, it is the 17th Lok Sabha election in India and we are seeing the repercussions of it on our literature already. There are books being launched. There are movies being launched. There are books being banned and also movies are getting trashed with a ‘thoughtful’ argument that it might affect the minds of voters. Well, that is, indeed, thoughtful!

Vivek Oberoi’s movie PM Modi has been stalled till the elections pass by Election Commission of India saying that it might affect the outcome of the ongoing elections. Whereas, many other books are movies are smoothly descending in the market and carefully approaching their destination. A recent movie by Vivek Agnihotri, a vocal critic of left-terrorism in India, Tashkent Files has been released and is receiving a positive response from the common audience but utterly negative feedback from the media houses and publications. Likewise, a book on Lalu (a flattering account) has been launched but it should go into the oblivion, no doubt.

Vivek Oberoi’s movie raises many questions on the popular phrase called ‘freedom of expression’ in India. If election commission thinks that a movie can influence the outcome of so big an election in the world’s largest democracy, it shows two things – either creativity is too powerful or people in the world’s largest democracy do not have their conscience firm enough and they can get influenced by a thing as meagre as a movie. So, officials at election commission should clarify what is the case?

Tashkent Files has received murderous reviews from the film-critics who also masquerade as journalists in big media houses. However, some of them were the same persons who were almost campaigning against the release of this movie because it might influence the election outcomes. So, how can something as ‘disastrous’ as Tashkent Files influence the mood of the nation? This is only hubris of the ‘intellectuals’ and ‘liberals’ in India that they do not respect the visual literature in our country. Whether it’s an election or not, for them, propaganda is always greater than literature – in any form!