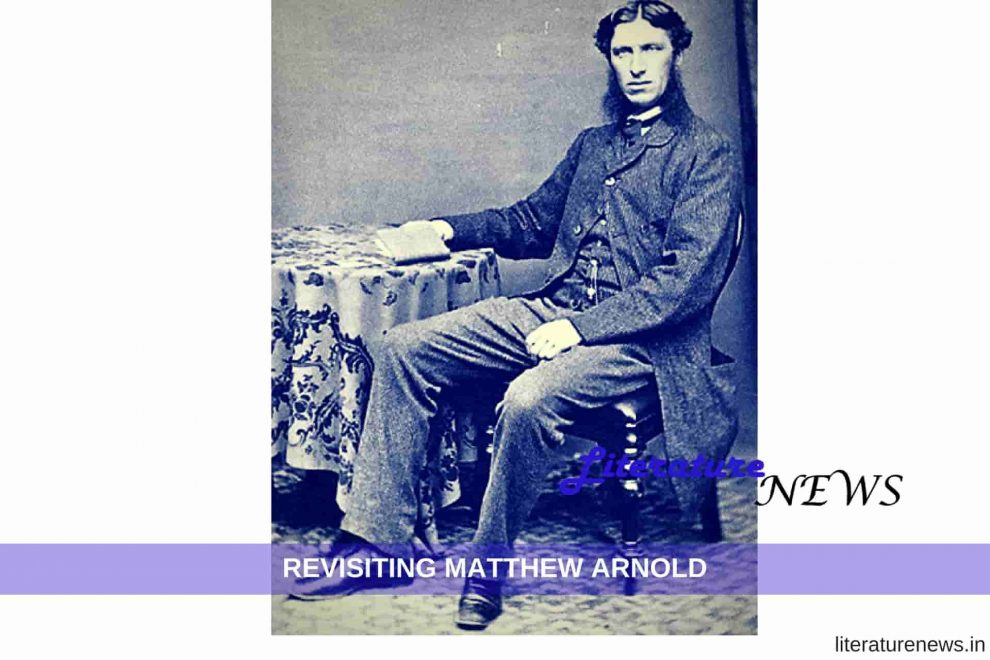 I remember reading Arnold’s poems in my graduation as well as post-graduation years. I also remember the instances when one of my beloved teachers, honourable D. P. Singh delightfully told me that I wrote like Arnold and I should read him extensively for the style of poetry I have chosen to write. Arnold was a classic, but not in the ordinary sense that we assume the classicists to be. Matthew Arnold followed the art with purpose and not the art for the sake of artistry. True that he was first a person who interpreted what art should be and then only an artist and that is why we see his poetry to be what he discussed it to be. Poetry should be for everyone in every age and if you still remember some of the golden lines by Arnold, you will believe his poetry to be so – timeless and forever…

“Truth sits upon the lips of dying men.”

Sohrab and Rustum is one of my favourite poems by Arnold and also overall. The poem by Arnold lets us realise the permanence as well as the temporal.

“But the majestic river floated on,”

Arnold was a great admirer of the Greeks who took the literature to the heights which became a benchmark for all of us to follow. Especially the poetry of Homer fascinated Arnold too much and he loved the cleanliness and simplicity of the Greeks. And in most of his own creations, a reader can easily find the peeping of his desire to follow the Greek landmarks.

Yes, as most of his critics claim, there was a certain magnitude in the charge that Arnold was a pessimist and I will ask instead – who was not a pessimist in the age when the world declined towards a conflict between ‘their owns’? Arnold’s pessimism was marked by a worry for the things going around him. Let’s read these lines written in the famous poem Dover Beach by him:

“Ah, love, let us be true
To one another! for the world, which seems
To lie before us like a land of dreams,
So various, so beautiful, so new,
Hath really neither joy, nor love, nor light,
Nor certitude, nor peace, nor help for pain;”

And who can forget the popular last line –

“Where ignorant armies clash by night.”

Revisiting Matthew Arnold every time gives me a new strength and a new admiration for him as well. His poetry will be something always refreshing and rejoicing for me as well as for many readers who love to read classics with a real sense of purpose behind their very existence.

by – Alok Mishra (an LN contributor)