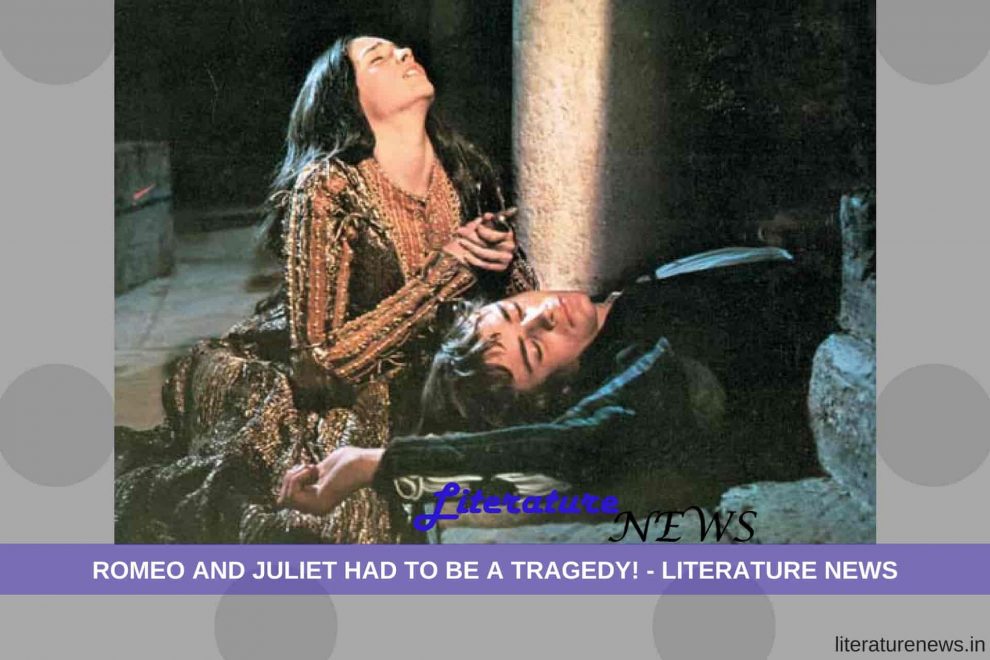 If Romeo and Juliet wasn’t meant to be a tragedy, what else was it meant to be? You can seldom answer this question if asked to you because we all know how good a romantic tragedy the play actually is – but, the bigger question, really, is that could it be something else? What if Shakespeare actually let them live – Romeo and his beloved Juliet? I don’t think that would have made this legend; I doubt then whether we would have been talking about this today… do you also think the same or you have some different ideas?

We, readers and spectators, have very different kind of mentality and an entirely different flow of emotions when we involve either in reading or watching – whether it’s fiction or otherwise. That’s why we think entirely different about the life in the world than the creator who has made things possible to be thought of; we think subjectively and those people who create think objectively. Am I making sense? And the same applies to Romeo and Juliet as well.

Shakespeare must have thought to make a spectacle of it. He seldom cared for the emotional endings of his tragedies that he used to do with his jingling comedies which ended mostly happily ever after for all – the characters as well as the audience. Tragedies, for Shakespeare, people often believe used to be something more rational (no, he actually flaunted the rules set by Aristotle). Romeo and Juliet was more a kind of mirror for the society then, now and even in the coming 200 years. It reflects a pain, a problem that we often suffer silently without even protesting. Love knows no barriers; though the lovers know the barriers and the hurdles, they still fall in love with each other; the society, on the other hand, knows nothing about love – they are rather interested in the nuances of that particular ‘falling in love’. “with an enemy?” “with a person from other religion?” “with someone from a different country?” “with a same-sex person?”

These responses to love and those frowning eyes for the lovers are very common in some parts of the world even today. Mostly in India, we are still living in the confinements but we never forget to admire Romeo and Juliet. Do we ever try to understand the message? After the loss, even the reconciliation cannot fill the void – they are gone forever!

There is no doubt that Shakespeare was a visionary and what a visionary William Shakespeare was! However, he got the right audience and also sometimes, his creations met the wrong kind of audience who only could ‘enjoy’ and praise his works without knowing the major messages which were being delivered.

Romeo and Juliet had to be a brutal tragedy with rationality involved and that was the only way it could be. While we must have praises for Romeo’s and Juliet’s devout faith in each other and sincere love for each other, we should also have the courage to admit that we need to change as a society and we urgently need to realise that love should not face any barriers or it is ought to end in catastrophe – this way or the Othello’s way!

by – Amit Mishra for Literature News