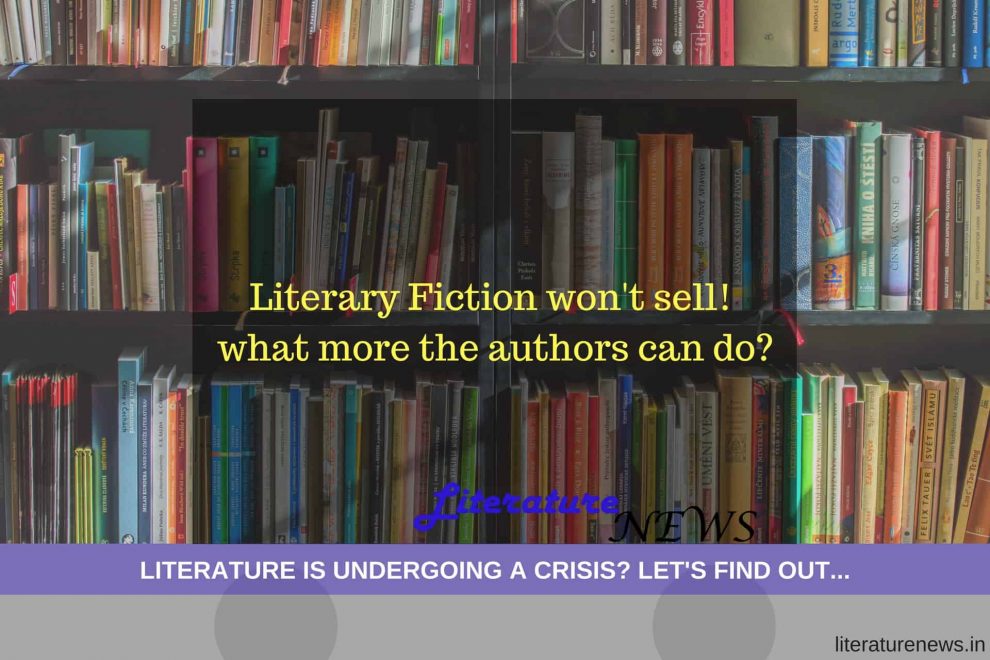 A recent news published in The Guardian claims (based on a report) that the sales of printed literary fictions have dropped dramatically and it has become tough times for the authors to survive only on their writings, leave alone striving! Wasn’t it already coming? Haven’t we (the authors) made literature as commercial as some other forms of entertainment? And my further experience says (having read so many of the literary fictions from different centuries) that we have wronged the notion of literary fiction altogether; we have brought it too close to a movie because authors first dream of stardom and silver screen before they start typing on their silky Macbook keyboard! The fact settles, then, if the book also works like a movie, why not watch the movie instead? Why should one waste the time reading a book when he or she can watch all happening on a screen ‘larger than the life’?

The next-gen equipment of entertainment has made it tough for the writers who think of living on royalties. However, we should not forget that authors can sell their E-books comfortably on Amazon Kindle and still make heavy income. Nevertheless, ‘entertainment’ sells and not the literary fiction. El James can sell her books and generate an amount which will be equal, if not more, to all the income accumulated by selling all the books which have won reputed prizes for literature! What is this scenario? Can you please describe this for me? When did the difference between entertainment and meaningful literature lose its importance? When did we bring the threshold down?

We have to admit that the modern reading habits have changed. Vanity Fair, today, can be liked and appreciated by only those who are compelled to do so. Otherwise, no one has the time enough to go through such voluminous piece of literature and see whether Becky was justified by Thackeray or she was just the mirror to ridicule the Victorian braggadocio! Today, the authors, as well as the readers, both the sides of the ring, are only expecting to witness the wrestling which does not take more than some hours to finish! They (readers) don’t have that patience and they (the authors) don’t have that courage to take high risks and produce a fiction which demands the reader’s careful attention along with the ability to read the text… and the things are going on like this only.

The authors like Kazuo Ishiguro have maintained their reputation as well as their style of writing. Nevertheless, the Man Booker winner author only came to the readers’ attention when he finally won the Nobel Prize this year – otherwise, he was writing for his limited readership and sadly, this is the truth of literary fiction today! When I look back and see what have the authors been doing in my country, India, I am amazed (and the amazement is next to a shock). Erotic bravado can never meet a meaningful literary standard and still, just because it provides entertainment to the readers, they will read it and it’s just natural phenomenon. Readers (not all) have become the ‘target audience’ and authors (not all, here too) have become the persons selling their ‘products’ to the target audience they decide to be apt for themselves. And in this market, shrewd and low, there is a tough competition too!

I agree with the report which was published in The Guardian and I extend my support to the authors who are still writing literary fictions and keeping the standards of literature somewhere near ‘standard’.