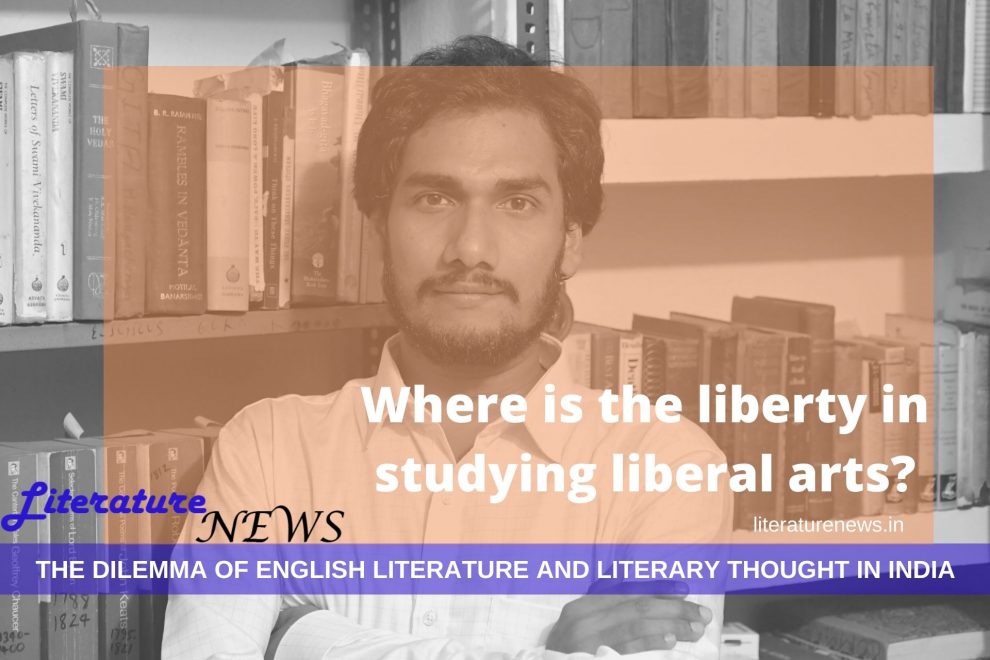 It is great that we have been exposed to the greats like Shakespeare, Eliot and Arnold by coming under the ‘punishing’ light of English language that the Britishers introduced in India (and the world, this or that way) to further their agenda of enslaving not only our land but also our minds. They were successful in breaking our intellectual authority (almost) and establishing a game of superiority complex – if one knows English, he is a civilised and better person and entirely opposite if not. Nevertheless, we should also acknowledge that it was the English language that became the medium for Swami Vivekananda and he was successful in introducing our history and Hinduism to the world. However, I am not discussing what the English language did to India and Indians. I am discussing something more serious. We had English loaded on us by the British and we also got a glimpse of their literature. However, was it (and even now) essential to be bombarded with their interpretation as well?

“Shakespeare was the greatest dramatist in the English language.”
“Wordsworth was the greatest romantic poet of England.”
“John Keats could become another Shakespeare had he lived more.”
“Thomas Hardy’s poetry was not as valuable as his prose fiction.”

And many bizarre and baseless conclusions that are merely based on the literary historians’ ideas – A is greater than B any day. C was better dramatist but a mediocre poet. And so on… so forth… In literature, can anyone be truly judgemental? Is that right in any way? Does it help the literature students understand things better? Does it only leave them in the darkness of presuppositions that mar their critical thinking? Is it not dogmatic?

Unfortunately, Indian university professors (and even school teachers) have been so grossly influenced by British influences that they have forgotten the very basic idea of literature. Dodging the mind of students with so many ideas and asking them to produce critical answers is just something that cannot happen. And if it is made to happen, it will only be WRONG! Indians (those who have any distant relation with English literature) have taken the literary thoughts of the British on face value and that is why in India, we could never develop our own interpretations or even any Indian school of thoughts on English literature. This is, to be frank, a shameful patch on our high ideals and ages of critical thinking.

While the government is readying itself to launch new education policies, I really plead them to liberate the liberal arts from the shackles of preoccupied ideas and dogmatic notions. Forcing someone to believe that Shakespeare is the greatest even before reading him is a crime and this will certainly lead to meek critical approach towards the writings produced by the said playwright by the said person. The higher education authorities in India should consider this to be an urgent scenario that needs intervention or we will never be able to produce any meaningful contribution to the world literary forum. If literature surpasses boundary, that is beautiful. If literary thoughts surpass the boundaries that define a country, that is even more beautiful. However, if certain thoughts from other countries camouflage the very core of literary judgement in a country then it becomes problematic and it should ideally not happen.

The crux of this all, if you care to understand, is that we Indians have to understand that our debts to the British have been paid back long ago. We do owe to them a ‘thank you’ that they introduced us to their literature. Now, we have the right to determine whether we think Shakespeare was the greatest English dramatist or not. We have the literary liberty to decide whether Paradise Lost was the greatest poem written by an English poet or not. And, further, not even we – but every person who reads English literature should not be burdened with any pre-occupied injections of greatness and heights. Professors should be there to guide their students about the right methods to interpret and decipher the text. They should not play the moral and critical authority over the text just because the critics in the English nation have said so!

If you care, you can have a look at – English Literature Education

Messiah Modi by Tavleen Singh & Politics of Literature in India – Opinion
The Literary Rewind of 2019 – looking back into the year just passed!
Comment