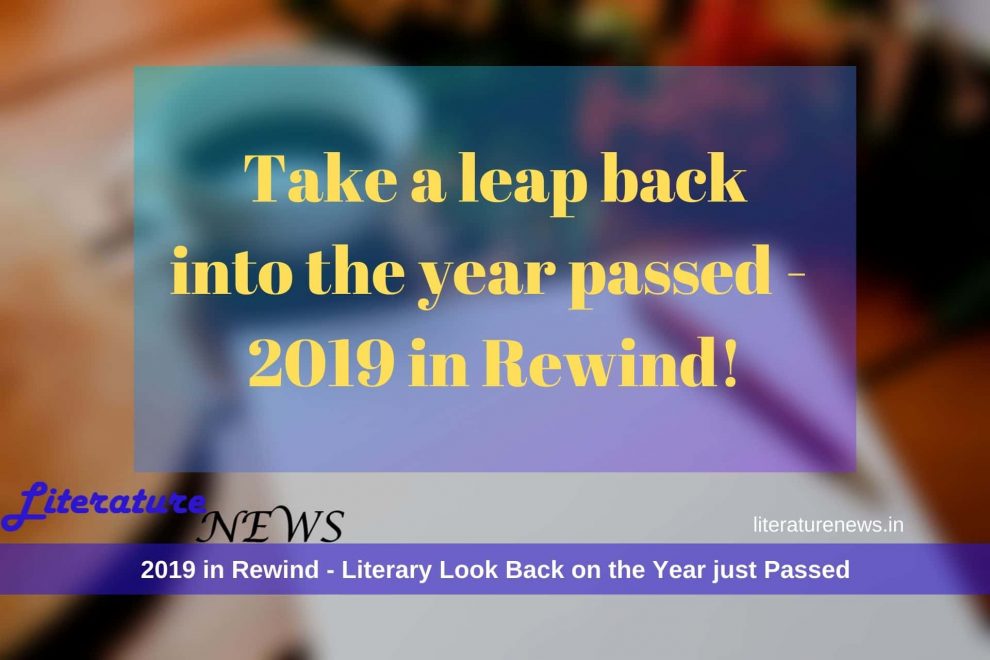 The Literary Rewind of 2019

Literary works literally are the mirror that keeps showing us the fascinating facets of the world’s social, cultural, political, and economic reality and help us decoding the working patterns of the society as a whole to bring revolutionary changes.

The wealthy body of written works by scholars, thinkers and philosophers are the MAGNIFIERS for the better and clear pictures.

As 2019 drawing to an end, lets pause and rewind to look again in the Literary Mirror of 2019. A Giant Bright Mirror with some prominent stains.

Crowns of the Year

An Austrian author, recognized for the novel Die Angst des Tormanns beim Elfmeter (1970), won the Nobel Prize in Literature “for an influential work that with linguistic ingenuity has explored the periphery and the specificity of human experience.”

This year women dominated Booker Prize longlist. The honour was jointly shared by Bernardine Evaristo for ‘Girl, Woman, Other’ alongside Margaret Atwood for ‘The Testaments’, a sequel of The Handmaid’s Tale (1985).

Literary Losses of the Year

Honoured with the Nobel Prize for Literature in 1993, Toni Morrison was an American writer noted for her examination of black experience (particularly black female experience) within the black community.  Her contribution to the industry was paramount.

A critic, novelist, essayist and poet whose many books include his study of suicide and his passion for Poker. Alvarez was critically acclaimed for his poetry anthology “The New Poetry.”

One of the remarkable writers and editors, who worked with Margaret Atwood and VS Naipaul, contributed almost 50 years of her life in publishing. After retirement, she continued to influence the literary world through her revealing memoirs about her editorial career.

Classics of the Year (Fiction & Non-fiction)

Whether it is dystopian fiction- that gives glimpse of the grim reality or mysterious- that keep you awake all the night or romance- that keep your mood elevated, sometimes may compel you to keep your handkerchief handy or memoirs- that let you step in someone else’s life or non-fiction which touch upon real issues of society; below are some of the best seller tiles one should not miss out!

The year 2019 was eventful, interesting and wonderful for many reasons. Moreover, the year was also marred with many things related to the controversy that remained to haunt the literature Nobel Prize. In India also, the leading starlet Chetan Bhagat was taunted with the #MeToo allegations that he did not deny. Rather, he showed some of the screenshots of the emails exchanged and later he agreed that he was ‘in touch’ with women and he is sorry for that. The publications of books like Ravana, Gun Island, and also a series of non-fiction works by many leading authors like Shashi Tharoor, Amit Bagaria and others.

So, the year is gone now and we will be entering into a new year with new promises and resolutions. For us, the book readers, the literary enthusiasts and the lovers of words and letters, this coming year will bring many more… hopefully! All the best and a very happy new year!

by Nidhi Parikh for Literature News