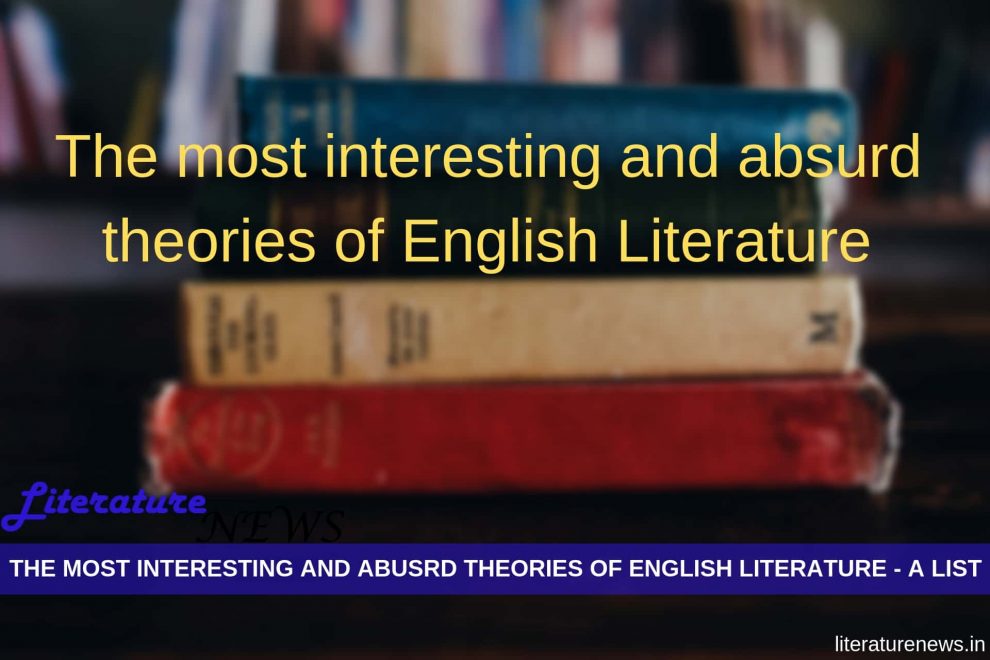 English Literature, since its beginning, has been very interesting not only because of the works of literature but also because of various theories that were propagated by the scholars – then and now. Today, we will take a look at the 7 most interesting and probably the most absurd theories of English literature.

Baconian Theory: There was a popular belief that Bacon (Francis Bacon, the famous essayist and philosopher) wrote the plays which were attributed to Shakespeare. For a long time, people actually believed in this theory. This theory was winded in the late 18th century and continued to the early 19th century. Later, scholars rejected this claim thoroughly.

The Wordsworths had a sexual relationship: This was the theory that related to famous romantic poet William Wordsworth and his sister Dorothy Wordsworth. Many people (who were the readers of Wordsworth’s poetry) believed that Dorthy and William shared physical intimacy. However, there were the scholars who came to the defence of the Wordsworth and opined that these two did share intimacy but that was not physical at all. They supported each-other emotionally and it helped them draw the creativity from each other’s support.

Marlovian Theory: Then, there were the scholars and investigators of English literature who believed that Christopher Marlow may have faked his death and then assumed the identity of William Shakespeare to continue writing his plays. Well, does that make any sense to anyone? Marlowe was already famous when he died. However, he might have been in financial crisis and this was the substance that led the theorists to weave this Marlovian Theory.

Alfred Tennyson and Arthur Henry Hallam’s Gay Theory: There happened the scholars who claimed that the person on whose death Tennyson wrote the memorable elegy In Memoriam, Arthur Henry Hallam, and Tennyson were in an intense homosexual relationship. This theory was vehemently rejected by the family of Tennyson but continued for a long time and still finds the buyers in the literary market.

Viviene Haigh-Wood and Bertrand Russell: Russell Elliott Murphy in his book on T. S. Eliot raises a suspicion that Eliot’s wife might have been in an extramarital relationship with Bertrand Russell, the man who not only taught Eliot but also opened the gate of his real estates for the Eliots to stay. Russell argues that T. S. Eliot might have known the state of this relationship and this is what we see reflected in most of his writings… Well, while I am neutral to this assumption – I leave it to the popular judgement of people!

S. T. Coleridge and the dreams: Though he himself claimed that the most popular of his poems popped up in his dreams, there is much about this theory. People believed and believe that Coleridge was used to opium and he often fell asleep and he often dreamt of his poems, subjects and issues. Kubla Khan is the best example of that. How true or how dreamy, the theory is interesting!

William Blake and Angels on the Trees: William Blake, the bridge between the romantics and the Neo-classical poets, hinted out in his poetry as well as prose works that he saw God and Angels. How far these claims are true or false is not for me to decide but certainly, these claims by him shot him to instant fame in his age. His poetic acumen, within its limitations, was enthralling! However, whether he really saw angels or God or not, these claims are equally enticing!

So, guys, these were some of the most interesting and amazing theories that I bring to you today. I will be digging deeper to see whether a new set can be brought to the readers of Literature News.

an article based on Alok Mishra’s research