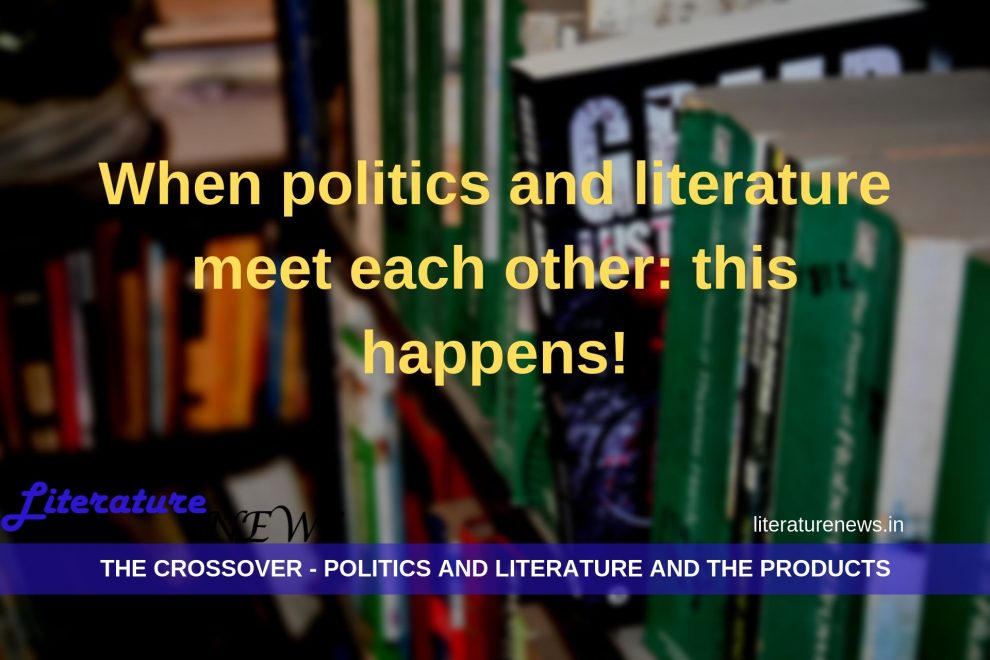 Since the very beginning of politics (or can we say that literature inspired politics?), literature has finely been embedded in the corridors of political thoughts. Even if we ignore the pre-historical ‘myths-or-truths’ we cannot ignore the facts that we have seen happening. The politics of the British era in India inspired many authors to create novels like Kanthapura, Coolie and many others. Kanthapura, out of many novels written by the novelists before India’s independence, is the finest example of literature being inspired by the politics that a novelist might have experienced.

The previous general elections in India, the 2014 general election, has also inspired many pieces of literature – though non-fiction in large numbers. A complete series of books on Narendra Modi’s first five-year term by Phidalia Toi, a book on 2014 general election by Rajdeep Sardesai, and many others by many known and unknown authors have seen the market – some ran smoothly and some fell flat.

Politicians getting inspiration from literature is also a sight that is convenient but not seen very often. However, now and then, you might have heard many politicians quoting great authors and great pieces of literature. In India, Bhagwad Gita is frequently invoked by politicians of a political party and some selective pages are turned to by the politicians of another party – the two mainstream parties of India.

This crossover, though not very plain, is deep, wide and very old. Politics of Mahabharata gave way to many other major events. Literature by Chanakya gave way to many great political landscapes. Literature produced by Swami Vivekananda shaped the framework of many political parties in India. Politics of the UPA era shaped many great books – The Accidental Prime Minister being the most famous, perhaps.

For your enjoyment, here are a few major productions of this politics and literature crossover:

article by Sumit for Literature News