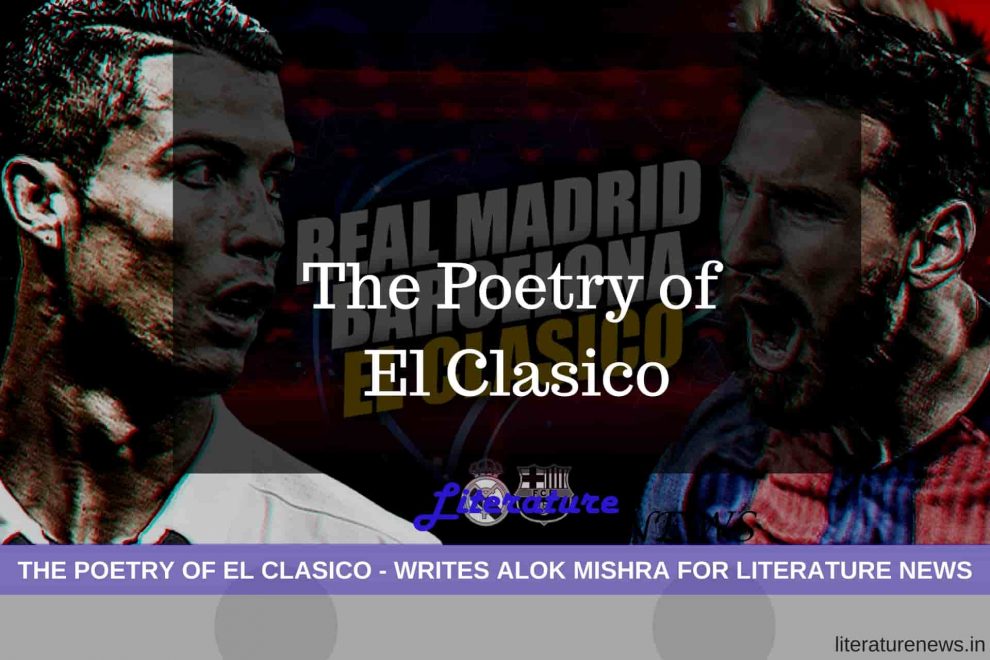 Poetry is everywhere. It is in the cricket’s sound; it is in the reels; it is in the abuses hurled by a drunkard and it is in anything if you just try to feel it. Well, all this is just abstract thinking and can seldom be practical because if you ask the person being abused to feel poetry in the abuses against him, he might push you a punch and you will have a bad face for the evening’s wedding party and then you will curse poetry for nothing! Let’s be practical. And I am trying to find the poetry in today’s sports battle – one of the biggest sports rivalries in the world – the El Clasico and thus, the Messi vs Ronaldo battle for supremacy. Can there be poetry in this football rivalry?

Since the dawn of football in the world, we are seeing some of the football matches which went on to become among the biggest events of the year, and every year. The Manchester Derby; the El Clasico; the Merseyside Derby; the Dortmund vs Bayern Munich and so on… however, when demigods are themselves involved in a battle like Hercules and Achilles used to do in their times, the battle becomes legendary. And here, we have Messi and Ronaldo confronting each other; the duo is battling for their supremacy over one another and this makes the El Clasico the biggest sports spectacle of the sport’s history.

The divide that this game creates in the world is nothing short of poetry – this is indeed a poetic event with so much of emotions and humane involved in it. Our thoughts rise and fall; the chaos inside our hearts are nowhere near the ebb even after the battleground is empty. The aftermath of the game lingers and we are mesmerised for a day or two talking about the outcomes and what could be better – is this not what we do when we read a good poem?

In the poem of El Clasico, lust for glory is the metaphor and we all are sick with that – this or that distant way! Want of supremacy is the motif which guides the warriors in this 90-yard battleground here and there and they don’t even think twice before piercing the bodies of their opponents with the shart ends of their shoes… this is, rather, a heroic or an epic poetry which offers too much to the readers in the form of the football lovers across the world. Are you ready to read the next stanza of this epic poetry?