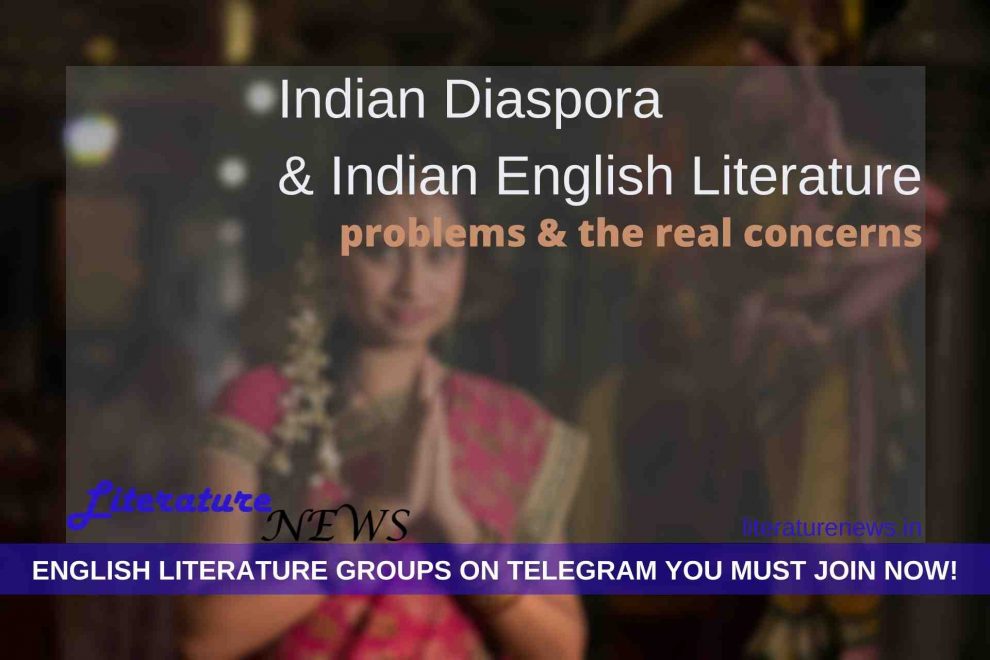 Diaspora is a reality. Diasporic writing is a reality too. However, diasporic concerns may or may not be based on the grounds of realism. Especially, the Indian diasporic literature shows many ambiguities when I analyse it critically. You may have felt or experienced the same if you are, somehow, aware of what’s going on around you in the terms of literary events. Why do I say so? You must ask. And I will keep my answer brief, to the fact and without any instance of TMI – too much information.

Who is a part of the Indian Diaspora?

First of all, we need to define this. And, once we begin getting into the depths of the Indian immigrants, we can seldom find the real immigrants who were forced out of India because of compulsions, forceful displacement or were able to do nothing against the situations. Where are those? On the other hand, we have a few affluent people who consciously chose to stay out of India and pursue their fortunes, their own benefits – business, respect, honour and many things, and lucrative careers abroad. For me, the diaspora, according to its etymology and the gravity of the word, is formed by those who were compelled and not these people (we know) who chose a place over their own homeland. Will the readers ever know how does the 4th or 5th generation of the Indians who were taken to distant lands as slaves feel? Never! We get to know about the feelings of Indians who live in lavish apartments, have wonderful jobs and have the passports of different countries… is it diasporic sentiment?

What does Indian Diasporic literature present?

Usually, the Indian diaspora literature produces a sentimental show of alienation, away from home feeling, longing for the roots, traditions and familiar feeling, discrimination in the foreign land etc. There are many writers who are doing such things and prominent among those are Jhumpa Lahiri, Amitav Ghosh, Arvind Adiga, Amitava Kumar. A few others may include many authors we know or may not know. However, with whatever they produce, you might not get the real sense of the ‘real Indian’ diaspora. The real sentiments of the deprived people are present and all we get is the theme that we may not connect. In short, the Indian Diaspora literature has limited itself to the representation of elite alienation which does not cite any base that we can trust or associate with, as common readers or even as common Indians. A man with massive wealth and abundance of fortune longing for his roots but never coming back to the motherland as he does not find it worth… struggling with internal conflicts but unable to translate his thoughts into external actions.

However, we should also be inclusive enough to name the authors who have done extremely or considerably well in representing the concerns of the Indian diaspora in real sense. We have the best to name in this league and he is undoubtedly V. S. Naipaul. The author left us in 2018, August. Naipaul wrote about the mental and physical sufferings of the Indian diaspora who are living in the Trinidad island. His works have pinched the conscience and consciousness of many readers and made them feel the ‘real’ problems that one has to face being away from homeland and the roots. The rootlessness, as we say, in the real sense comes to the fore in the works by Naipaul.

What is the problem with the Indian Diasporic writings?

You can read a detailed review of Jhumpa Lahiri’s work here: Unaccustomed Earth Review. Once you read the review, you will realise what are the problems with the current generation of Indian diasporic writings. The generation of current writers from the Indian diaspora, per se, is largely built by those who are from the affluent backgrounds, with fortunate inheritance, conscious citizenships of countries other than India and no real longing for coming back to India and setting up their lives here, as we saw in Naipaul’s case. And therefore, they see India and Indians as they want to see – from the outside. They seldom get what India and Indian traditions really stand for. They hear the stories about Indian culture and traditions of their ‘limited India – the states of their parents’ or grandparents’ belongings’. This does not give a clean or transparent image of their motherland to them. A writer who hasn’t heard about the first-hand accounts of the Bengal struggle cannot write about it with complete or even partial authority. Most of the writers, such as Lahiri and others, write about their immediate concerns (that largely does not connect with the readers at large) such as relationships, settling in the USA, being in love and relationship (marital or otherwise) with natives of their countries of residence and so on. It does not reflect the essence of the longings of the Indian diaspora. The occasional postcards of photographs or dreams about the grandmother, Indian village or Indian culture does not create that impact which a regular longing for the roots in a foreign land might do.

They should rather right about the real problems which Indians in the foreign countries have to face. In the USA, in the UK, in other countries, most of the Indians are still attracted by the lucrative dreams of a ‘settling future,’ ‘wealth generation,’ and luxurious life which they seldom get. They are left with broken dreams and unexpected realities. They cannot even return back to their homeland because of the contractual problems or other problems that they land into. What we have right now are the concerns of the ‘elite diaspora’ that has tried to settle (and have settled) in the foreign lands consciously. What we need is the ‘real concern’ of real people who have been taken from India to various countries either by attractive offers or by force. When will the readers read those?

An opinion article by Alok Mishra for Literature News

Emotions, original ideas do get lost in translation! Yes, it matters.
Yes, Jane Austen’s novels will live forever! Here are 5 reasons for the same.
Comment