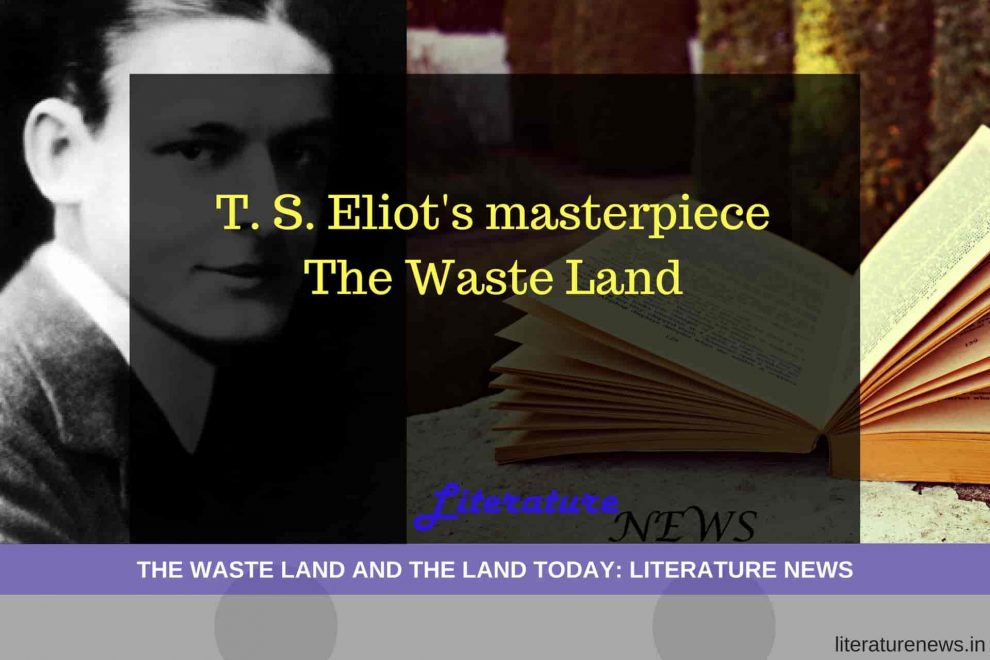 T. S. Eliot was certainly a chaos which swept the poetry fraternity when he came with his Waste Land in 1922. His poetry was fragmented and he believed that he has kept the sentiments of people in his words and because the world was fragmented itself after the first world war, there was nothing else which could be reflected in the words by a poet who found himself disenchanted with the world. Known for his fishing habits in the dry ponds and canals, T. S. Eliot certainly gave the term ‘poetry’ a new and a wide meaning after his poetry came to the light. Not only the signature poems of the Waste Land collection, most of the poems by Eliot are nowhere near the traditional meaning of the term and it sways away in a very different direction.

After Eliot, the poems (for a while and thereafter) turned towards content more than they tended towards the rhyme and rhetoric. Eliot’s Waste Land, however, was not so barren. It, though having no signs of water, gave birth to a new tradition of poetry – letting the readers know – and letting them know – as simple as that.

“… Son of man,
You cannot say, or guess, for you know only
A heap of broken images, where the sun beats,
And the dead tree gives no shelter, the cricket no relief,
And the dry stone no sound of water. …”

In the time of Romantic poetry and that of the classics (neo-classics too), the poetry had to be sounding good to the ears and it had to emit not only good meaning and virtue but also the music which would sooth the readers when they read the poems.

After Eliot, it changed. His verse, often free verse with no occasion of rhetorical relief at times, offers cacophony which sounds unusually wonderful and the readers have a bewildering enchantment with his verse. He is unreasonably reasonable and that’s the beauty which keeps the readers attached to his compositions even today.

The Waste Land, as a long poem in five parts, still has its readership among the poetry lovers from various backgrounds. Not only academic readers who are compelled to read the poem, this twentieth-century masterpiece is also liked by many readers who are just reading poems for their interest and pleasure. There are many reasons for the popularity of this creation by T. S. Eliot and we are highlighting some of them today.

1. Paradox: This is something which sets home for every new reader of the poem. A reader from junior section will find something in the poem everytime he or she reads it. Likewise, a reader from the elite section or suppose a professor reading this poem for 203rd time will also find something new in this – such is depth and beauty of this poem!

2. Unusuality: This is not just ‘another poem’ written by a poet in 1922; The Waste Land is a poem which happens rarely! It is highly unusual and so, it attracts the readers and has been attracting for long.

3. Eliot’s own recitation: It is highly likely that a reader who reads the poem will surely look for it on the web and they will certainly find the reading of the poem by none other than the poet T. S. Eliot himself. And once you listen to the rendering by Eliot, you will certainly fall in love with this poem!

4. The interpretation: Indeed, the poem has thousands of possible interpretations and they often defy the ones provided Eliot himself as the notes. And therefore, most of the times, to look for something new, many people read and reread the poem time and again!

We certainly hope this article will be helpful for you in different ways. Keep reading The Waste Land and keep coming with various ideas.