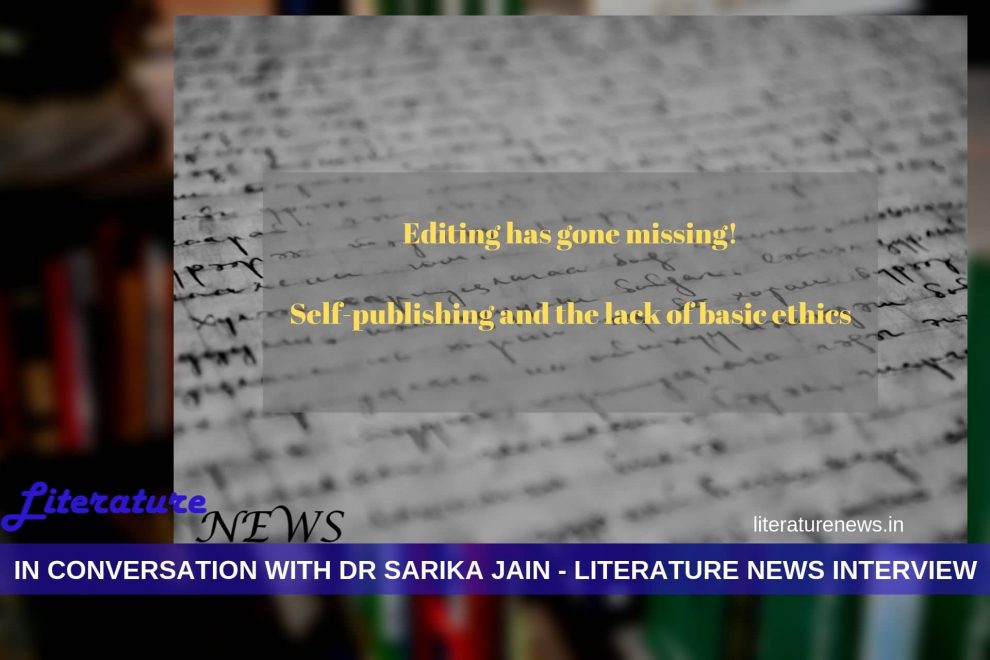 It’s true that a publishing house should be independent in making the choices on whether to publish a title or not. However, if the title does lack the qualities required for a publication, it should not see the press. Still, driven by their soft agenda, that is money, the publishers simply publish anything without caring for the reputation of the person who decides to publish something on one’s own! Are they being sincere? Should they first work on manuscript instead of sending to the press just anything? Editing and manuscript consultation is the soul of a publication project and sadly, in India, most of the self-publishing houses miss on that part.

I agree that self-publishing has enabled some of the best authors in India to emerge on their own and offer the readers many things that ‘traditionally published’ authors could seldom think of. Here, one thing is very important to highlight. At times, the traditional publishers or the crocodiles in the publishing industry have their agenda on the driving seat and manuscript on the backseat. In the case of self-publishers, it’s money that takes the gearbox and manuscript becomes the commuter. In bothe wrong instances, however, the one that suffers is a true reader of fiction and this is solely on the part of publishers!

I vehemently oppose this practice of not being fair with the authors and not telling them the ways to make their manuscripts better before thinking of publishing it. Thinking it from a different perspective might reveal that self-publishers, in fact, do never want that a manuscript published by them sell in good numbers. Once it happens, they will have to fulfil the demands of the readers and the market and they will never want that to happen!

In simple words, authors who want to self-publish their books should understand that editing, manuscript consulting and offering quality work to the readers are more important things that the true publishers should focus first. If they are ready to publish anything the authors offer them, they are likely not even self-publishers but scammers who publish on demand that they never care to generate! Authors, be aware of them! Be very aware of them!