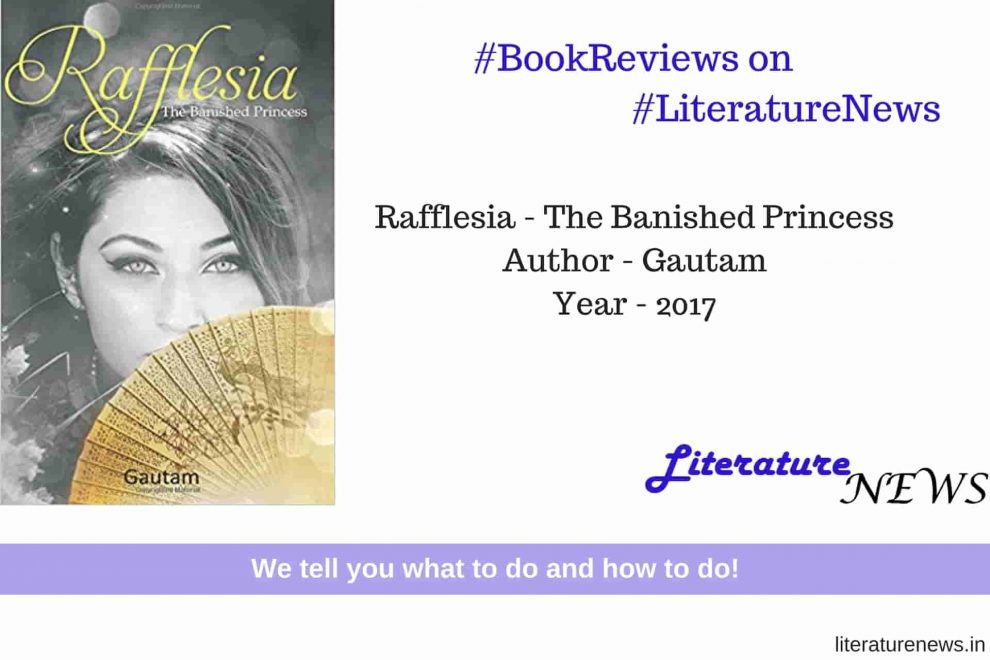 Rafflesia – The Banished Princess is a book which has been in the hype for months now. This is the debut novel by author Gautam and has been praised by most of the reviewers on the web and on merchant sites selling the book. Curious enough about the book, our chance to review came recently. And fortunately, I was assigned to review this novel which runs almost up to 400 pages. I was excited when I got this book, let me tell the readers.

Under the skin of a lion, you might find wolfs on rare occasions and this was one of those moments for me too. Rafflesia, the princess, was not to be found. The only thing I could find in the novel was a pitiable character called Appu who is restless most of the times whether he is in India or in abroad. His restlessness, his problems, his worries, his life, his troubles and his desire to get out of this misery is the theme of the novel. Who caused him this great pain? Readers won’t know it if they don’t read the novel completely.

The lead central character Appu is a person of a different kind. He is someone who keeps most of himself for himself only. He lives in a kind of confinement which cannot be intruded by someone very easily. His misery has been called upon by his wife Jharna who married him and left him only two days after the marriage and why she left him is unknown to Appu as well as the readers. This secret has been kept very well by the author and his character and all the readers know this secret when only when Rafflesia – The Banished Princess is almost nearing its end. This one thing goes well with the novel. Otherwise, it’s all about Appu’s life all the way. Appu does have a friend who supports him and takes care of him always. His name is Rahul and he is also the person who sets up an advocate for him to get him the divorce.

If the readers read it with that perspective in mind, the perspective of a divorce and a person going through the phase of it, then the novel is a masterpiece. It beautifully captures the pain and the moments of the agony of betrayal. Appu is too gentle to harm anyone and he suffers just because of the external forces in the novel which is a little bothering for him as well as for the readers. Here, the male character is almost juxtaposed with the female characters of Shakespeare who are put to go through an ordeal without any prompt cause – Cordelia, Desdemona etc.

I was not very much impressed with the narrative of the novel. This is almost like a textual movie which goes on to feature a little longer than required. The plot is convincing and the theme is also fine for a debut novel. I will not recommend it to all the readers because that also include the readers who love semi-adult novels in the name of romance and read them with wet tongues. This is for the serious readers only! Gautam has done well with Rafflesia – The Banished Princess!

Rafflesia - The Banished Princess by Gautam

Rafflesia – The Banished Princess is a novel for the readers with patience to read a good book! Not for quick-art lovers.