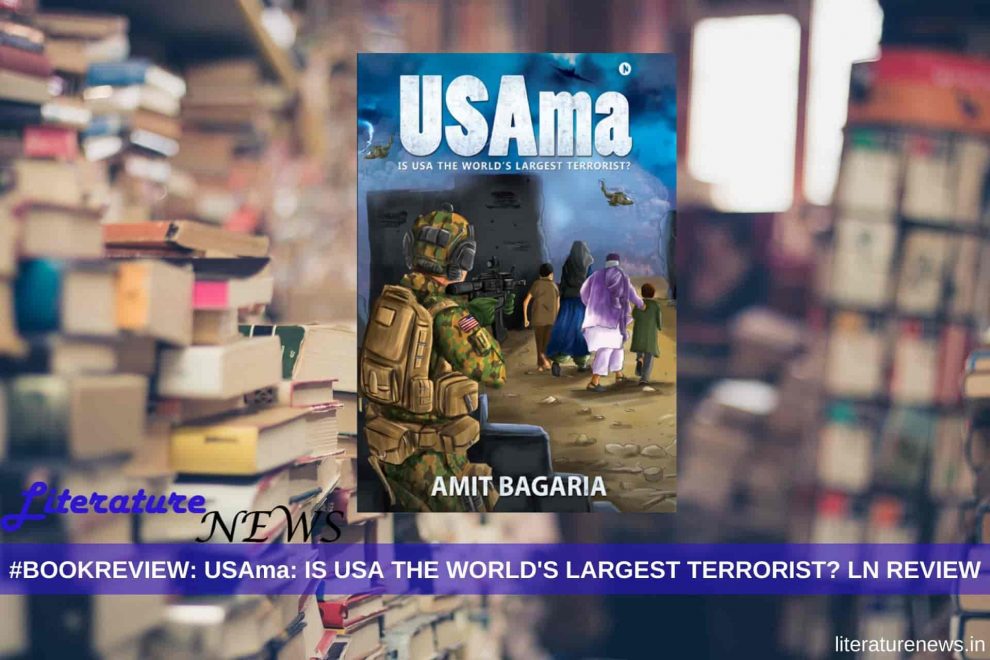 The USA has been successful in brandishing its strong image against terrorism across the world with its actions and media management and smart strategies that it makes inside the boardroom to suggest that it stands for a peaceful world. However, do we know what the reality is? Do we know what lies behind the veils of brand management and facelifting that the USA goes through time to time? Do we know the realities that fade behind the advertisement and token actions at times? In one of his recent books, USAma: Is USA the world’s largest terrorist? Amit Bagaria has tried to connect the dots and reveal to the general readers that the USA may have a double face, a hypocrite ideology and a truth that it does not show to the world.

In this interesting book, the author of many well-received non-fiction books, tries to present his assumptions and conclusion before the readers in which he suggests that the USA has been successful in creating the demand for itself all over the world and then continue supplying the demand with arms, weapons, partnerships and so on and so forth. However, can it be called a fair trade? Amit Bagaria suggests a negative.

The book has many chapters in which the author has tried to trace the list of intrusions and interferences that the USA has been making over time in the different countries of the world. It has a demonstrated history as a country which is restless for power and hungry for the expansion of its deals and trades; which is, in any way, not bad or ethically wrong. However, when it intrudes in the internal affairs of other countries and tries to influence the policy-making of any country and creates political scenarios that favour it, the intrusion may be classified as unfair, unethical and entirely wrong. This is what Amit Bagaria hints at and offers the readers with a list of such events in the historical perspective, with a timeline and details that may be seen as rarer and important. However, he does not countersign the same with any factual sheet of references or citations that may entirely corroborate his accusations or allegations or statements. This may be seen as a ‘shying away’ from one’s own conviction by some readers but it does not, in any way, take away the seriousness of the book.

The book has been written in a very simple and very elaborative manner and it will be something new for the readers of global politics books. It tries its best to offer to the readers something new and entirely different piece of non-fiction literature which will push them into sessions of pondering over the events in any country that may seem fishy. For example, the restlessness in any country that seems spontaneous but matches the design of sinister plotting… Amit Bagaria also suggests that the USA uses many dimensions of assets in any country of the world for its purposes – direct and indirect. The book goes to the lengths of classifying the companies like Ford and Microsoft as the assets harbours for the USA which seems scary in many perspectives.

To conclude, the book by Amit Bagaria tries to bring to a parallel and sided by side companion of the USA and one hypothetical largest terrorist organisation in the world and tries to match these two as one. For the author, ISIS was no bigger threat to the world than the USA is. With many of the conspiracy theories in the book, the readers might not relate. However, it does not mean that the book’s claims are entirely deflectable. There are the things that will compel the readers to think about their beliefs and memories and that’s what the book is aimed at. It offers alternative thinking over the events that have transpired in the world and tries to present a case for parallel narratives which may or may not be true but are certainly interesting.

You can get a copy of this book from Amazon India and read it for yourself to be the better judge of Amit Bagaria’s claims in USAma: Is USA the world’s largest terrorist?

Review by a contributor to Literature News