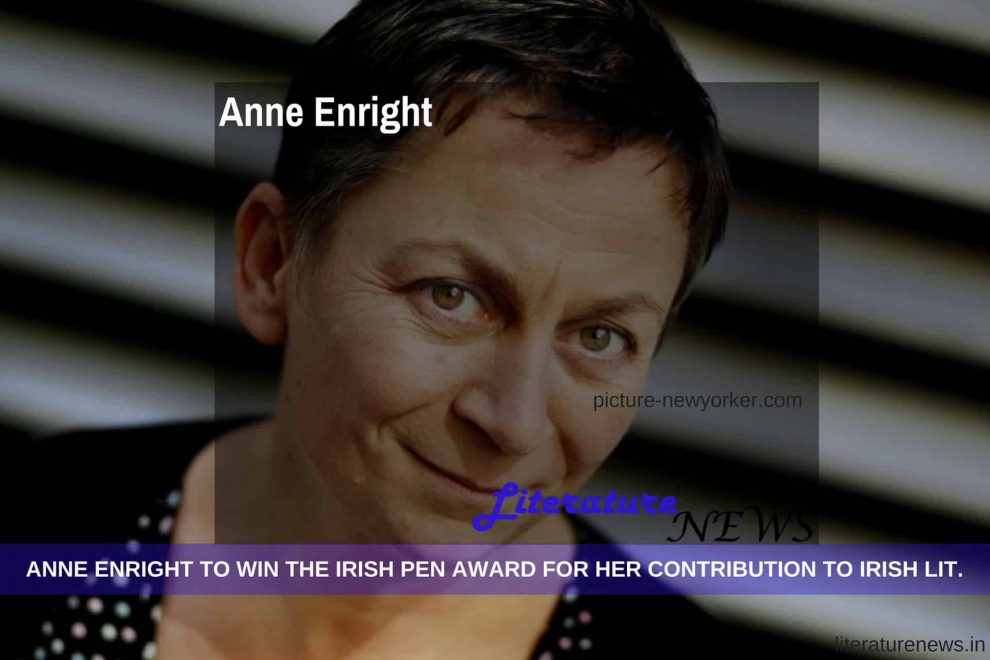 Anne Enright, the contemporary literary flag-bearer of Ireland, is set to win the Irish PEN Award which will be added to her ongoing honours on 16th of this month, February. This award is being given to her for her marvellous and outstanding contribution to the Irish literature. One should remember that Anne Enright is also a recipient of the Man Booker Prize for her novel, The Gathering, in the year 2007. This award will be presented to her by Bernard Farell.

Irish PEN has been a society which has seen the members of the height of WB Yeats! The PEN International itself was founded in the year 1921 and since then, it has been developing and widening. The Irish PEN society has started the Irish PEN award in the year 1998 and the motivation was acknowledging and honouring the ongoing and valuable contribution to the Irish literature. In the previous years, the award has been given to the literary figures like Brendan Kennelly, Maeve Binchy, Roddy Doyle, Thomas Kilroy and many others.

Anne Enright was born in Dublin in the year 1962 and she has studied Philosophy as well as English. Her famous novel, which also won the Man Booker Prize for her in the year 2007, is The Gathering. Other than that, she has also written the novels like The Green Road, The Pleasure of Eliza Lynch and The Forgotten Waltz and many others.

Other than novels, Enright also writes short stories and has also published a non-fiction work, Making Babies: Stumbling into Motherhood, which was published in the year 2004.

The Gathering is the best-known work until now by Anne Enright. This novel did not get much publicity until it was announced to be in the Man Booker Shortlist for the year 2007 and after that, the novel has gone to become one of the classics of the modern Irish as well as the world literature. The novel is psychological and philosophical in tone and it is narrated by the narrator who is very much present in the novel.