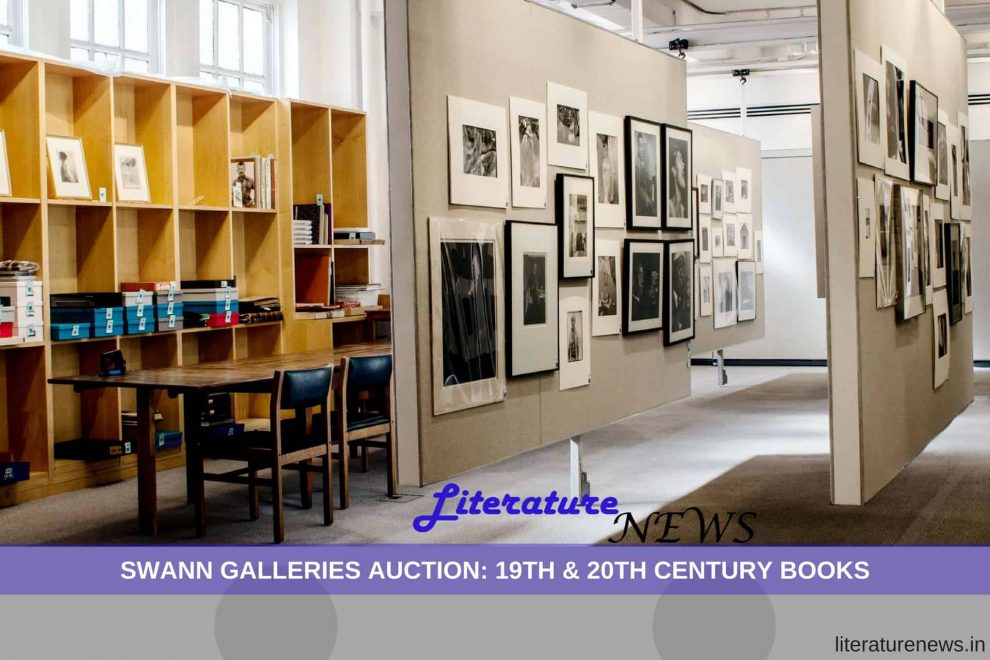 (New York, Swann Galleries)
Products of literature can certainly perform well given the circumstances and the potential buyers who are more than interested in them. Something of this sort happened a few days ago, on 14th November 2017, at the Swann Galleries’ auction. The books on the display were majorly from the twentieth century including some of them from the 19th as well. Not simple books, these were the first editions and even the inscriptions by the authors themselves!

The best performer in the literary works’ auction was the 18 volumes edition of Ian Fleming’s works. It wasn’t a simple edition – it was the deluxe centenary edition which came with a specialised leather binding which was released on the 100th birth anniversary of Ian Fleming. It includes almost all the writings, previously published or unpublished, of the author and the creator of legendary James Bond – Ian Fleming! It raised $30,000 in the auction.

The works by another great author were on the lines and they raised $22,500. These were the works of one of the celebrated novelists of the 20th Century America – William Faulkner. One of the books was the association copy of the first edition of his first novel – The Marble Faun which was published in 1924!

There were many other works on the sale that evening and most of them were iconic in themselves and their defining terms. The true edition of Het Achterhuis raised a record price of $18,200 in the auction. Books by Philip K. Dick also attracted the attention of the buyers and they fetched nothing less than $16,250.

Such kind of auctions become a feast for the literary enthusiasts who are well-warmed in their pockets. Reading is certainly a pleasure but reading the original editions decorated with the leather covers or inscriptions by the authors themselves become just like a charm! All the very best to the buyers who were successful in getting their hands on the original works of the iconic authors from the 20th as well as the 19th century.