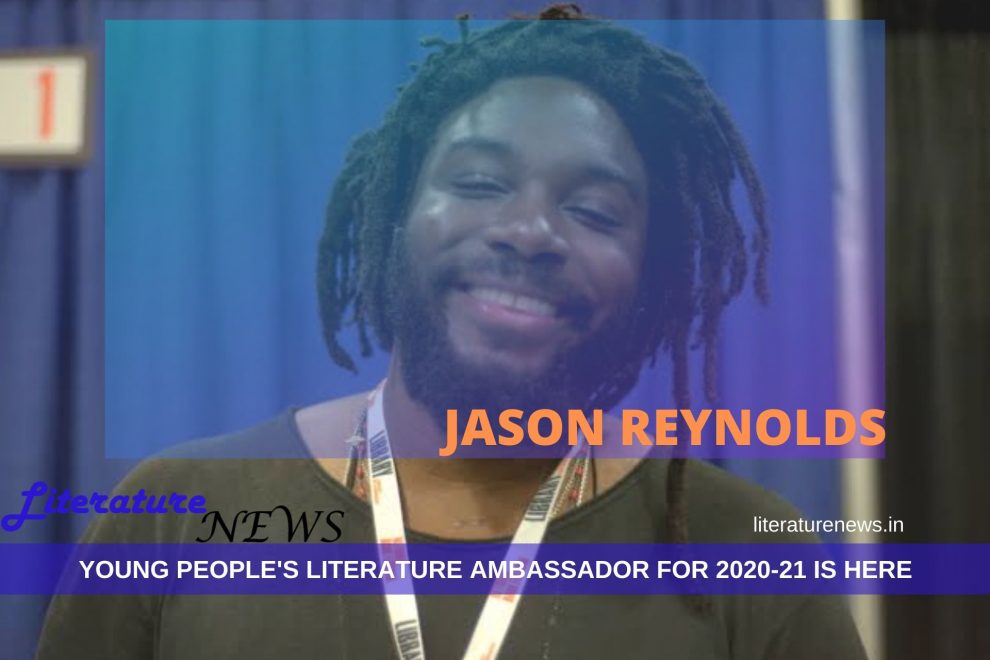 Noted American children’s author, Jason Reynolds has added a new armour in his quiver as he has been named the next National Ambassador for Young People’s Literature. This is a two-year post that is offered to the literary personalities who work extensively towards children’s literature and its betterment. This news has been announced by a respected collective literary floor that comprises of The Library of Congress, Children’s Book Council and Every Child a Reader forums – all committed to the progress of literature.

Jason Reynolds is to replace and succeed Jacqueline Woodson who has been serving this position for the last two years. Taking up this new responsibility, the popular children writer said that he is planning to visit small towns more often to promote literature among the young readers there.

Looking to publish your own book? Here is the Best Self-publishing Company in India

More than making the children a reader, the bestselling author of the ‘Track’ series is looking towards making them storytellers themselves. Jason Reynolds believes that every child has something to tell people around him or her but it cannot translate into reality as they lack that art of telling their stories in words. And that is why Reynolds is committed to taking the downtown rides to small towns and countryside where he can meet young children and let them have their ‘space’ where they can learn how to tell their stories to others rather than just being a reader.

Jason Reynolds is also known for his novel in verse, A Long Way Down (published in 2017), written for young adults which won him fame and many awards. This novel fetched him the Edgar Award for best young adult fiction and was on the long list of National Book Award for Young People’s Literature. Serving the post of National Ambassador for Young People’s Literature is called to be ‘dynamic and positively electric’ by the certain librarian of Congress while stating that Reynolds has been selected for the post.

We need to create such spaces around the world for our young children to participate in literature rather than being stuffed with writings to read. Literature, when it becomes one-way traffic, might become boring and it is entirely possible. India, being the world’s largest democracy, needs to set-up such forums for our young kids who want to further enter into the world of words and listen to the best stories or create even better ones by themselves.

We at Literature News wish Jason Reynolds the best for his next two years that are hopefully going to full of joy and literary productive.

Does your reading habit tell something about your social behaviour? Researchers say yes!
1,131 Letters by T. S. Eliot to Emily Hale revealed by Princeton University on 2 January 2020
Comment