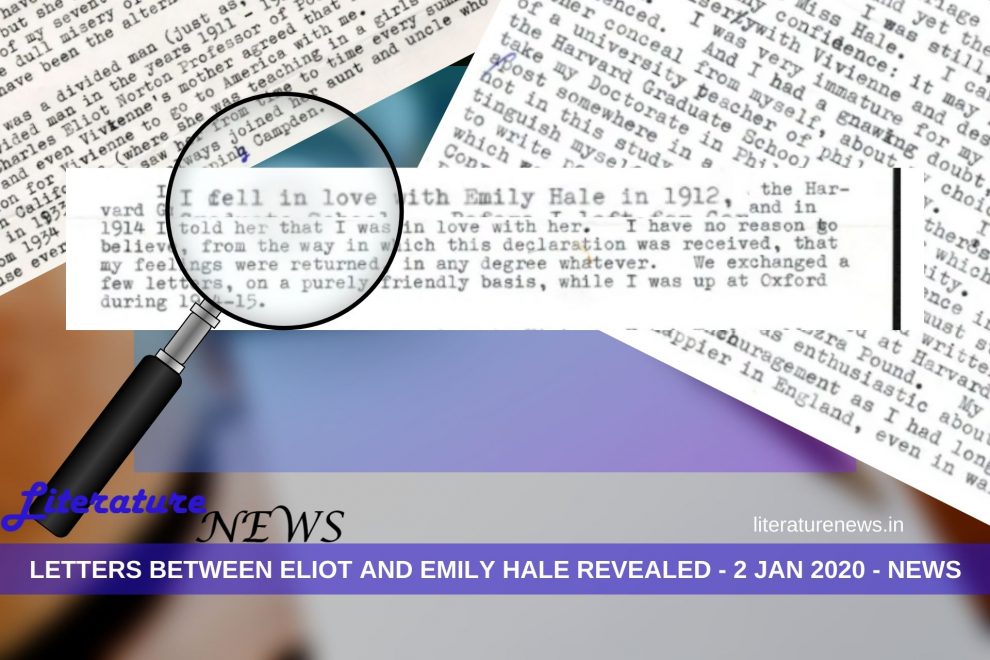 T. S. Eliot’s work, the most famous one to be precise and strictly specific, will be an enigma for the audience, and forever. Crunched in the fluid of post-war trauma, The Waste Land had many more things than we know. However, there were no sources available, primary, that could testify all those things tacitly present in Eliot’s groans. On January 2, 2020, the long-buried (with respect) letters by T. S. Eliot in the Princeton University came in the public domain for scrutiny and ‘research works’. These are 1,131 letters by T. S. Eliot to his confidant and very bosom friend, Emily Hale, now open to the students (and interested enthusiasts).

Who was Emily Hale?

Emily Hale was the earliest love interest of T. S. Eliot. The days when he was still a student, Eliot fell in love with Emily and he thought it to be deep. Emily Hale was a professor at Scripps College in the early 1930s and Eliot sent many of ‘his writings’ (in book and other forms) to the library of this college with special instructions for Emily. In many letters to her, throughout their lifelong friendship (until Eliot died in 1965), Eliot disclosed many things to her – about his life, his writings and his marriage with Vivienne Haigh-Wood Eliot, the American poetess.

These letters are supposed to have many elements that could connect the dots between Eliot’s life and his literary outputs like The Waste Land and Four Quartets. He has written extensively about his relationship and married life with Vivienne Eliot and the troubles of it. He has also written about his love and love-lost to Emily Hale and how their marriage (Eliot and Hale) ‘could have destroyed the poet in him’. As the letters are now open to public scrutiny, it becomes a curious case – curious enough to cause a great stir among the literary enthusiasts who wanted for very long for these letters to be revealed. These letters between Eliot and Hale were sealed with a promise to be revealed after 50 years of the death of Hale.

T. S. Eliot has already typed a statement on this reveal as soon as he came to know about this act by Emily Hale. He has written wonderfully and the original pages can be seen here:

I am sure these one thousand and one hundred thirty-one letters will open new dimensions of T. S. Eliot’s handsome personality to the readers of his poetry. Eliot, to me on a personal level, is a mentor who gave the poets a free will to explore their poetry without any regret. His life, though will be judged by many after this reveal, cannot be summarised in a few letters by him and also, because the letters to Eliot from Hale have been destroyed, without knowing the other side of the isle.

by Alok Mishra for Literature News