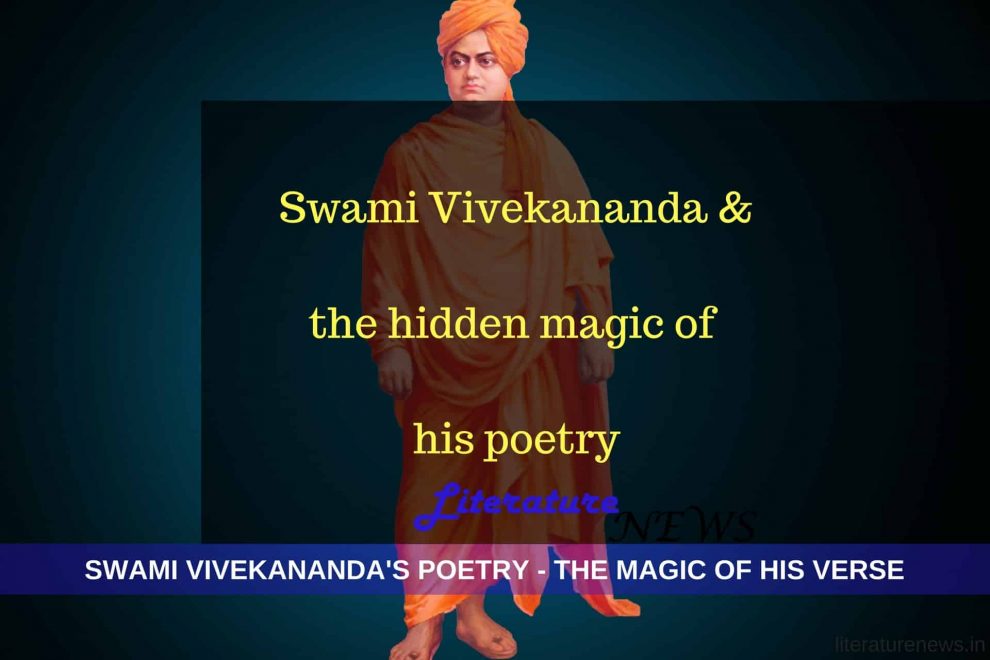 We have known Swami Vivekananda as a great philosopher and acclaimed spiritual leader who led the march of true Hindu culture and introduced to the world the ancient treasure of wisdom that India holds. His writings; his speeches; his lectures and his letters – everything about this great monk reveals the depth of his knowledge to the readers. His wisdom was unmatched and will remain the same because he was certainly some divine descended on the earth for some special purposes; many believe so. However, very few among us know that Vivekananda was also capable of producing very good poetry! Today, I am writing this article to present some of his lines which he sent in a letter addressed to Prof. J. H. Wright. This professor was the one who introduced Swami Vivekananda to the Parliament of Religions. Today, I will discuss few lines of Vivekananda’s poem that he sent to this person.

“Like a child in the wildest forest lost
I have cried and cried alone,
“Where art Thou gone, my God, my love?”
The echo answered, “gone”.”

Can you feel the trepidation? Swami Ji’s words are like an urge to the supreme. He seems so passionate about his union with God that he finds his love in Him. And the most remarkable point is in the fourth line of this extract. The echo answers according to the wishes of the ignorant mind who does not know that soul and Supersoul are but one!

And in further lines, after a while, the lines that appear are like this:

“And I was searching thee –
From all eternity you were there
Enthroned in Majesty!”

Impressive! Isn’t it? The lines countersign the beliefs that God is omnipresent and omnipotent. There is neither beginning nor end God’s presence…

As a poet, Swami Vivekananda did not write much but whatever he wrote, he wrote with affection for verse. You can feel the same in his lines. Let’s have a final look at the extract from one of his poems, The Song of the Free:

“Before the sun, the moon, the earth,
Before the stars or comets free,
Before e’en time has had its birth,
I was, I am, and I will be.”

Can you feel the force of all the scriptures of Hindu religion in these poems? Maybe you cannot see; I do see. Swami Vivekananda’s poems can be found on free resources on the internet and you can enjoy reading them. He was not a poet only and he had other major duties to carry. However, even his casual attempts at poetry are so impressive that I could not stop myself from dedicating my time to bring his poetic qualities in front of the readers.

Here is a link where you can enjoy some of the poems by Swami Ji: