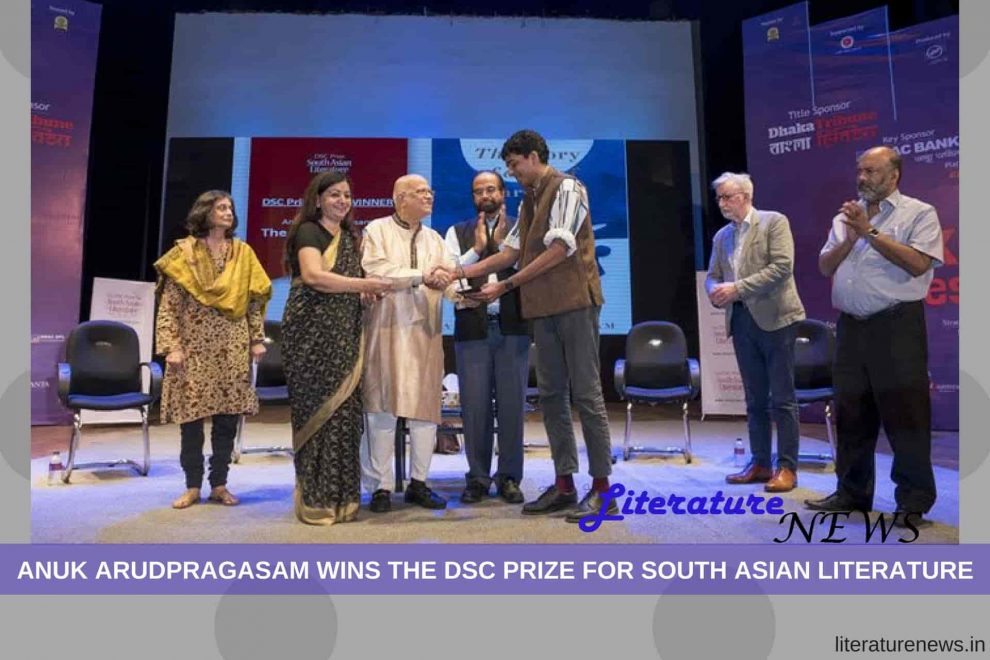 Finally, the DSC Prize for South Asian Literature for 2017 has met its winner and we find that in the form of a Sri Lankan author Anuk Arudpragasam! He has won the prestigious prize which also carries a fortune for US $25,000. Moreover, we need to keep in mind that this feat achieved by this author is just for his very debut work – The Story of a Brief Marriage – a novel which underlines the violence which took place during the civil war in Sri Lanka.

The Story of a Brief Marriage has also seen several other accolades before being on the top with this prestigious South Asian literature award. And most of the surveys held in 2016 have named this book as one of the best books of 2016! Anuk Arudpragasam is excited as well as humble with this award and he wishes to carry forward his good work in highlighting what he thinks would be the best for the readers to know.

Brief about the book:
The novel by Anuk Arudpragasam tells narrates the story of a boy from the Sri Lankan Tamil minority. Dinesh, the Tamil boy has to do many things to get out of the storm of the Sri Lankan civil war and its violence and there we have our novel in the form of The Story of a Brief Marriage.

The jury member, Ritu Menon, who also chaired the jury panel for this year’s DSC Prize for South Asian literature, told the audience that choosing the winner among such fine and remarkable shortlisted novels was not an easy task. Nevertheless, among so many of the very bests, Anuk Arudpragasam’s novel came as a choice which could be made for the prize and it happened. The event took place in Dhaka, Bangladesh.

Ritu Menon also praised the novel terming it ‘a testament to the power of love’ and also ascribing to it further other qualities. Other jury members and also the administrative personnel of the DSC Prize congratulated the author Anuk Arudpragasam for this win. The events that announced the long list, shortlist and the winner of the prize were held at different venues in the different countries.