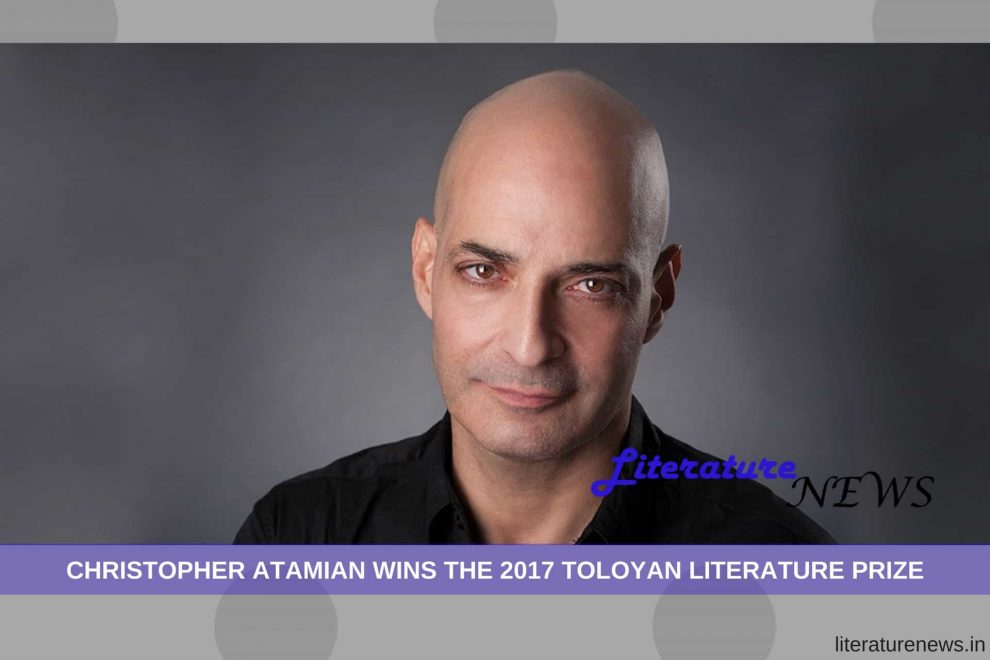 The winner of the 4th Minas and Kohar Tölölyan Prize in Contemporary Literature has been announced and it has been awarded to the multi-talented Christopher Atamian. Christopher has won this award for his forthcoming collection of poetry entitled A Poet in Washington Heights. The announcement of the award-winning title, as well as the winning author, came from The Regional Executive Committee of Hamazkayin Armenian Educational and Cultural Society of Eastern United States. Christopher Atamian was also the winner of the inaugural edition of this prize and at that time he has grabbed it for his translation of The Bois de Vincennes, a book by Nigoghos Sarafian.

Atamian is a well-known personality in the contemporary literature and he is known for being a translator, director as well as a reputed author. He has also been a dance critic for long and has been writing for different daily publications. His short films are often screened across the world where such gatherings happen for film-festivals. The plays by Atamian have also brought him acclaim as a director. Trouble in Paradise was an award-winning play which was produced by him in 2006.

His translations have been a great contribution to the world of contemporary literature. He has translated six books from Western Armenian and French into English. The most important one is certainly The Rosy Future of War written by Phillippe Delma.

The annual award given to encourage the writers who are rather beginners or just not so much old enough in writing, Minas and Kohar Tölölyan Prize in Contemporary Literature tends to recognise the works produced by the writers who are from North America. Another important thing about this award is that only the works produced in English, French, Spanish and Armenian are considered eligible for the nomination and also only if the author has an Armenian ancestry or the work revolves around Armenian theme.

Such awards are working as the impetus for the new and talented authors who want to contribute something serious to the world of literature.