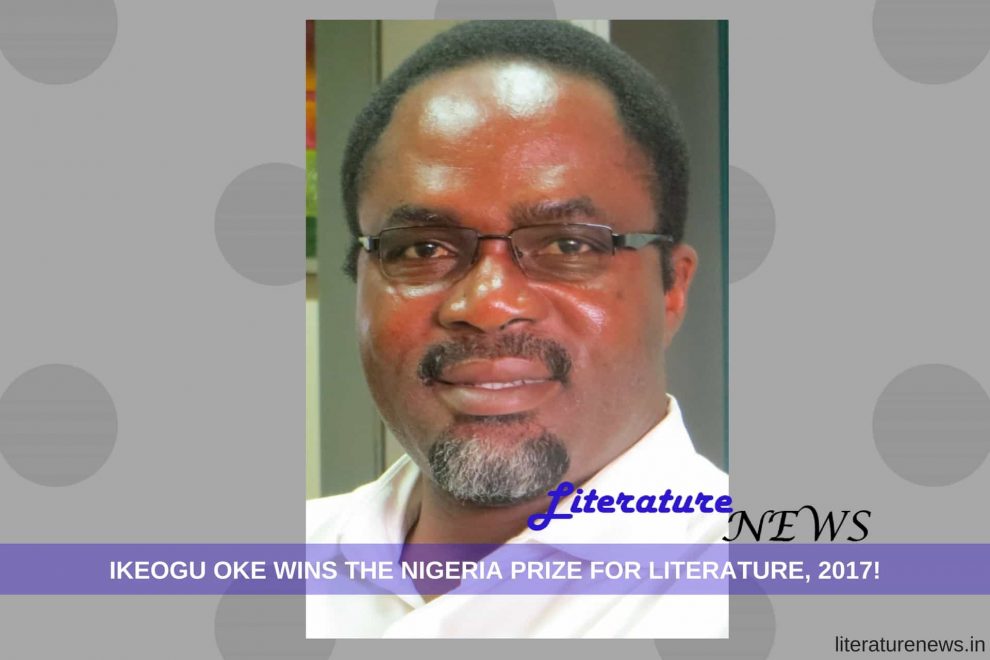 The award season is going on and creative people must be enjoying this weather a lot! Those who win the prizes are the best ones to tell how amazing the weather is! Recent one is The Nigeria Prize for Literature winner Ikeogu Oke. He has been awarded the prestigious literary honour for his book The Heresiad. Ikeogu Oke, a well-known author, poet and a respected journalist, has achieved this honour be being the best contender among the 184 entries received for the 2017 prize. The two others who could make it to the final three are Ogaga Ifowodo and Tanure Ojaide. Ifowodo was final-listed for the book A Good Mourning and Ojaide for Songs of myself: Quartet.

The Heresiad, the prize-winning book by Oke, is a serious book which puts some abstract questions on the table. It puts a much-needed question mark on the functioning of humanity and social system. Like other books by Ikeogu Oke, Ther Heresiad is also a marvellous one and it has been proved by the prestigious honour bestowed on it in the form of The Nigeria Prize for Literature. His major works except this book are Salutes Without Guns, The Lion and the Monkey and The Tortoise and the Princess.

The name of the winner was announced by Prof Banjo who is the chairman of the main Advisory Board of NLNG Prize for Literature. The World Press Conference took place at Lagos on 11 October 2017.

The Nigeria Prize for Literature is being bestowed upon the authors and poets in the literary field for the last 13 years. It has been awarded to some of the well-known and excellent literary figures from Nigeria.

by a contributor to LN