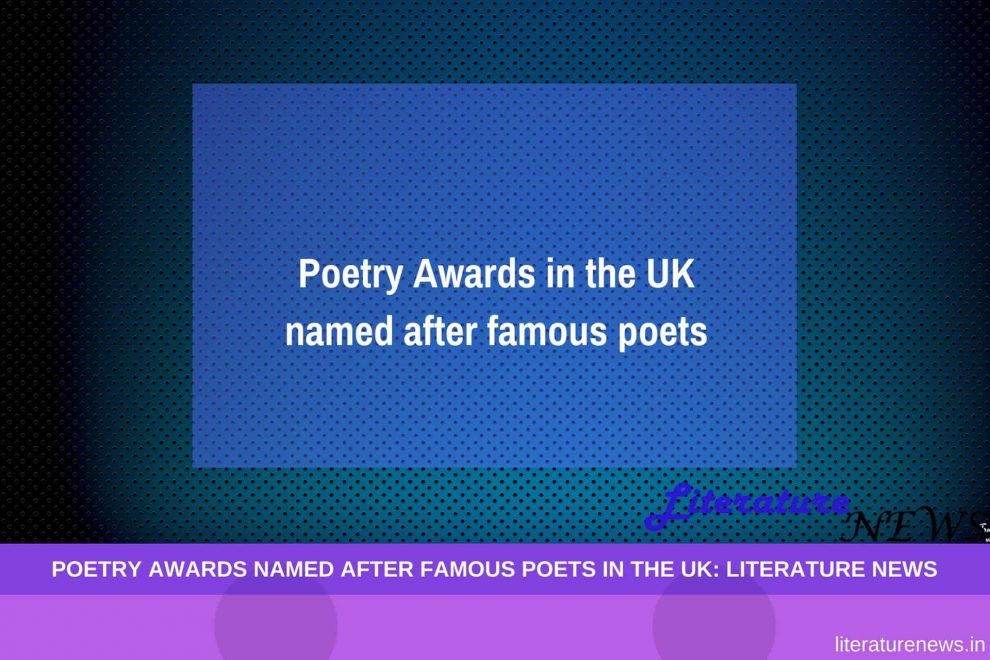 Poetry writing is something which has been there even before the concept of “Literature” in literal terms existed or even the term itself was invented. Poetry has almost been eternal if we get into the ideology and the expanded meanings of the term. However, we will discuss some of the important prizes in the field of English poetry which have been named after the great poets themselves. Today, our focus is on British poetry and so, we will be discussing only the two awards which are awarded in the UK and have been named after some of the most famous poets. Here we go:

T. S. Eliot Prize: Who else can be the most famous poet in England or the world other than T. S. Eliot himself in the twentieth century? T. S. Eliot Prize started in the year 1993 and since then, it has been continuing. The most recent prize was given in 2017 and the winner was Ocean Vuong for his collection Night Sky With Exit Wounds. In this prize, a reward of £20,000 is given to the winner. The eligibility for this prize is a collection of verse which should be published first of all in England or Ireland. Currently, The T. S. Eliot Foundation is handling the awarding authority. There are also 9 runners-up for the award who are offered £1,500 each.

Ted Hughes Award: The Ted Hughes Award in poetry has started in the year 2009 and it was established in the honour of the British Poet Laureate Ted Hughes. The award is given to a living poet in the UK for his or her latest work in the field of poetry which signifies the cultural life in the UK. The award money is £5,000 which is donated by the current poet laureate Carol Ann Duffy. The latest winner of the Ted Hughes Award for poetry is Hollie McNish (2016).

So, these are the most famous awards given to the poets and named after the poets in the UK. Until now, these poetry awards have helped many poets recognise their potential and move ahead in the field. If you are also a poet and belong to that geographical location, you have a great opportunity. You can also participate in any of the awards mentioned above or both of them.

There are many other awards for poetry in the UK and we will be discussing all those in the future. Awards are always the lucrative impetus for the creative people to set their goals and achieve them.