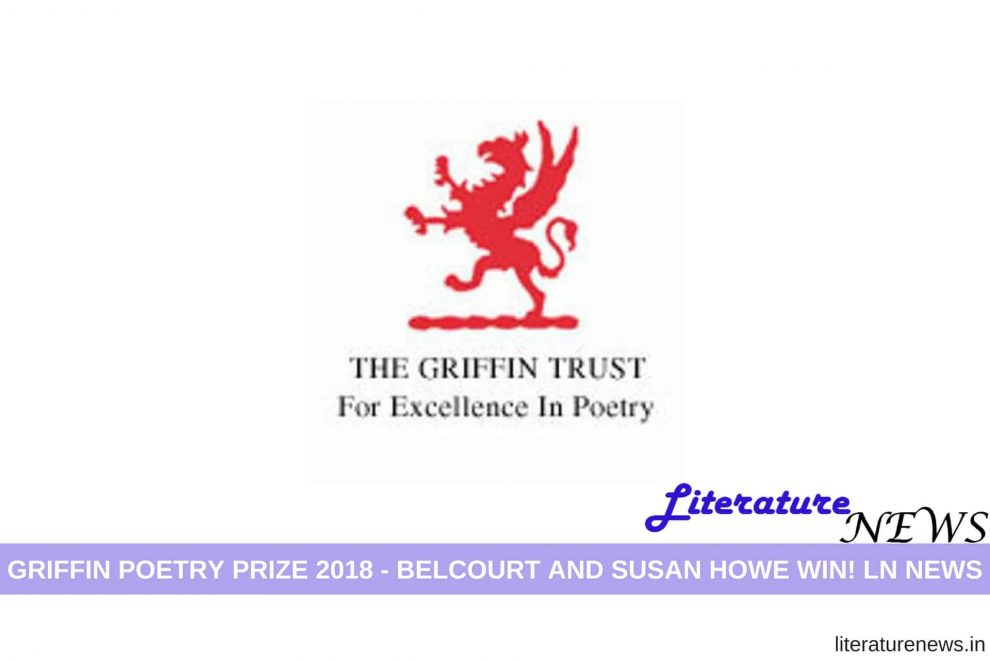 The prestigious Griffin Poetry Prize (Canada) has been awarded to a young poet Billy-Ray Belcourt for his debut collection of poetry This Wound is a World. Belcourt’s poetry collection was chosen to be the winning book by a panel of three judges who had to read more than 500 books of poetry in order to choose the winner of the Canadian Griffin Poetry Prize as well as the international honour winner.

The 2018 International Griffin Prize honour has been conferred on the American poet Susan Howe. She has been awarded for her collection Debths. Born in 1937, Susan has a number of reputed publications of poetry to her credit and she has been actively involved in the post-modern movement in the English poetry.

Both the winners of the Griffin Poetry Prize will take home the prize money $65,000 as well as fame and recognition from Canada as well as international limelight on their works for a while, at least.

Griffin Poetry Prize has been set up in the year 2000 by the Canadian social worker and philanthropist named Scott Griffin who is also a very successful businessman. This is the largest prize conferred on a first-time poetry collection!

Other than Billy-Ray Belcourt and Susan Howe, the finalists were also awarded a prize of $10,000.

Remarks: Such prizes are very essential for the survival of poetry as the poets do need ‘sum’ to run their lives and being able to concentrate on their poetry. We had many bankers who did poetry as good as T. S. Eliot and many school inspectors who could manage to become Arnolds. However, today’s world isn’t that easy and for the poets, thus, the prizes like the present one, Griffin Poetry Prize, are very important. Literature News wishes the best to all the winners and the finalists and wishes for their success in future as well!

by an LN Staff