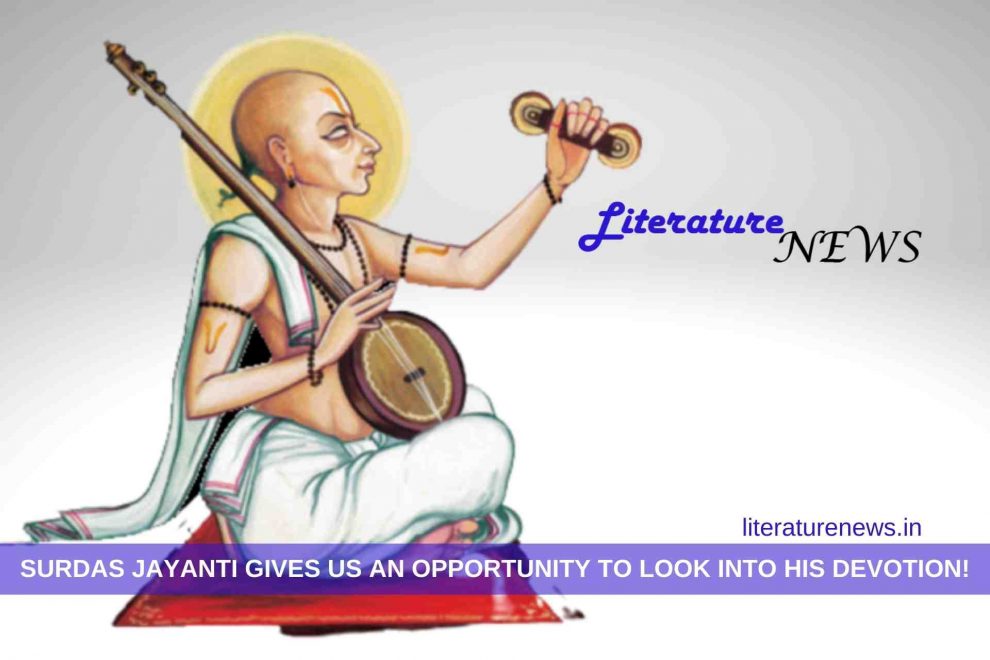 The golden years of those 90s kids were worth living, enjoying and reading. Everything about the 90s years was amazing and the same can be said, comfortably, about the curriculum as well. However, with a little reluctance at times! One of the best memories I have kept with me from the days of my early academic years, middle school and high school is reading wonderful verse written in Hindi and its sister languages. Today is the Jayanti of one of the most celebrated Indian poets Surdas, a poor brahmin with no eyesight, who wrote so well that he transformed himself into a benchmark for devotional verse – he became a living metaphor for incomparable art, unwavering devotion and beauty of verse.

In the extract above, the poet Surdas (whose name connotes a devotee of Sur, or Devata or God) tries to depict Krishna’s innocent query to his mother, Yashoda. ‘Why is my choti or shikha not increasing?’ He asks his mother and also conveys that his elder brother, Balram, has a long Choti already. He also complains that Yashoda does not offer him ‘makhan roti’ and only offers him milk.

Just imagine a blind person depicting the enchanting beauty of Sri Krishna’s childhood and his tantrums that can lure the hearts of many. Surdas has offered his readers, for eternity, the nectar of Krishna’s beauty, his childhood, his sportingly way of showing affection and love for his devotees, the nritya-kridas with Gopis of his village… all his poems were composed in the early language known as Braj Bhasha.

The most celebrated collection of poems by Surdas is Sur Sagar… it has many poems celebrating Krishna’s love for Radha and Gopis and also their devotion towards Krishna. Surdas has also celebrated the Bhaktvatsalta of Krishna of his affection for his devotees. Surdas’ poems are read widely and his works also form a part of the syllabus of Hindi from the beginning to the advanced stages of Masters. Also, there are many scholars who have tried to assess the contribution of Surdas in the ongoing Bhakti Movement in Indian literature in the years when Surdas was at his peak. It is immense and more than just praiseworthy. What Tulsidas was for Ram Bhakti, Surdas was for Krishna Bhakti!

On his Jayanti, leaving the scholarly and regional descriptions behind, you should celebrate the grand poet who could witness and observe what many people with eyes would envy… Surdas has written some of the most memorable short poems which are still sung while worshipping Krishna in many parts of the country, especially in Hindi-speaking regions.

By Amit for Literature News