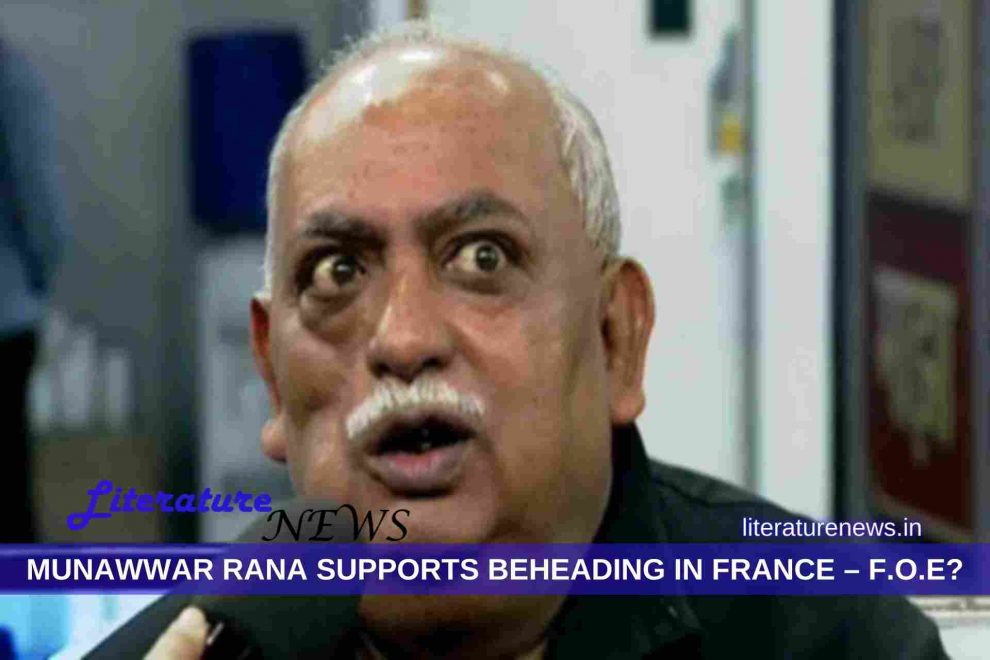 Freedom of expression, anywhere in the world, is being debated with a renewed intensity these days. In India, however, freedom of expression has become a (seemingly) one-way traffic which is being controlled by those who are having radicalism hidden inside their hearts. The recent vulgar violence, brazen display of terrorism in the name of Islam, in France that took the life of a teacher who showed a cartoon of the prophet Muhammad in his classroom, is not only condemned by thought-leaders worldwide but it has also brought serious changes in France. French president, Emmanuel Macron, has not only vowed to make France safer but also called the national leaders of other countries to come and support him in this fight against terrorism. Indian PM, Narendra Modi, has sent a strong message in support of Macron and also stated that no ‘sane person’ will ever support terrorism of the kind displayed in France on a frequent interval these days.

In India, however, there are several ‘thinkers,’ ‘poets,’ ‘actors,’ and ‘politicians’ who have openly come out of their fake cocoons and called for the boycott of French products. Otherwise ‘liberal’ and ‘optimist’ scholars, poets like Munawwar Rana have openly called the ‘beheading’ of the French teacher right. Rana even went on to the extent to tell the reporter that he would also have done the same thing. He said, ‘ham mar denge (हम मार देंगे)’ which translates into ‘we will kill’. His context was rather brazen, ugly to the core and unbecoming of a so-called poet who preaches the country over issues like intolerance, freedom to express oneself and feeling of safety in India.

Poets and thought-leaders should understand that their shells of liberalism are what make them look flashy. Once it’s broken, washed-off or vanished, nothing is there to save them from the light of truth. Munawwar Rana, who was one of the leading ‘intellectuals’ who announced intolerance in the nation over incidents of ‘mob-lynching’ have come out in open in support of terror-attacks, terrorism in the name of Islam and beheading of people ‘just like that’. This upside-down turn in his stance on freedom of expression is not only laughable but also worrying enough. In India, we have recently seen several incidents of murders, crimes in the name of Islam and other incidents which should not have taken place. Should one understand that poets like Munawwar Rana, politicians of Congress party and ‘intellectuals’ like Shashi Tharoor are with the criminals, terrorists and they support such heinous crimes?

Literary personalities have been the traditional sources of inspiration for any nation in terms of right-thinking, liberalism and tolerance. However, the recent unfolding of events has indicated towards many deep-rooted questions that we might have to answer even if we want to ignore such questions for they bring fear. Is freedom of expression paramount when the target is according to one’s thoughts? Is freedom of expression negligible when the target is contrary to one’s ideology? Think because that’s what leads to discovery and realisation.

an opinion by Alok for Literature News