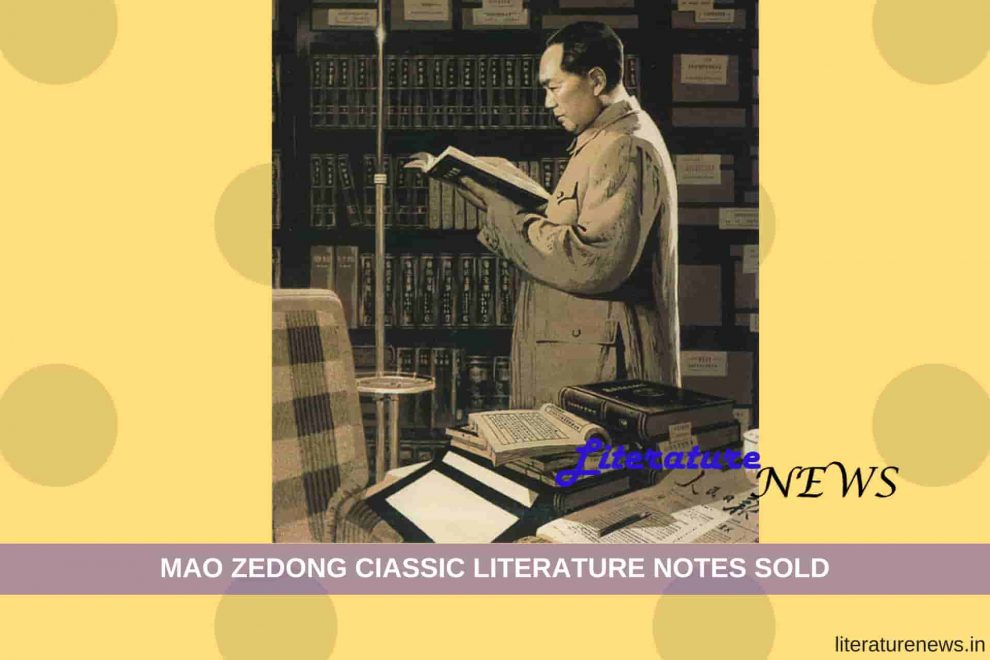 Known to the world more as the founding father of Modern China and Maoism ideology, very few people know that Mao Zedong was a great reader and he loved reading classics whenever he had some leisure. In a recent event, the handwritten notes by Mao, which he has written to a professor, were sold for $910,000 (£704,750). The auction was held at Sotheby’s in London. The notes sold were written by Mao based on his readings in 1975. On the notes, the owners of the auction house had said that these were of “utmost rarity” and that the prices were estimated 10 times lower but surprisingly they have been sold at this amazing price. Moreover, the craze for Mao’s handwritten notes also reflects the literary fraternity’s craze!

Mao was a great admirer of arts and literature. The notes which have been auctioned in London were produced by Mao when he was reading classical Chinese literature. He loved reading the classical poetry of China as well. And unfortunately, the next year, the year after which the notes were produced, Mao died because of his declining health.

Because of his health issues, Mao appointed a literary adviser for himself who used to read for him and also communicate on various literary issues. In his last years, Mao was also having problems in the articulation of words and that’s why his literary adviser, Di Lu, suggested him to write down what he would like to speak. And this was the way the notes were accumulated.

Mao Zedong, at a young age, used to work in a library and he developed a keen interest in reading literature. Not only reading, Mao also was a writer. In spite of his revolutionary ideas and strong political views, Mao’s softer side was always indulged in literary preoccupations.

When the owners of the auction house were inquired about the higher price for the notes than the expected, the owners reiterated that the manuscripts produced by Mao are rare in the market and therefore, it’d be highly difficult, in the first place, to estimate the prices of such rare things! Anything related to Mao always attracts a million pair of eyes. An example was the last year’s auction of Mao’s portrait by Andy Warhol which fetched around 11 million US dollars!