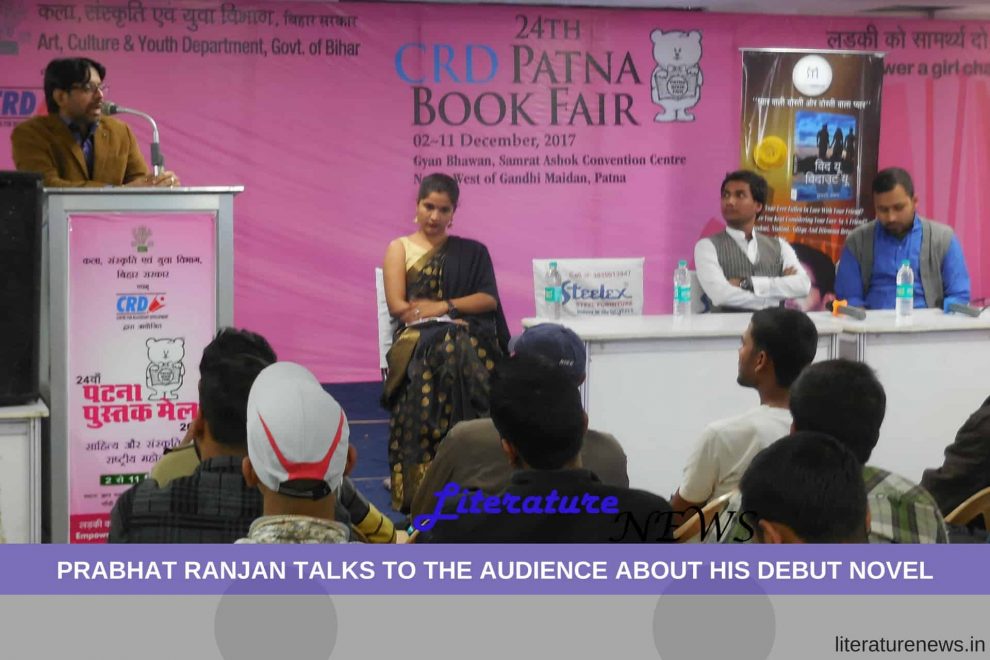 Patna Book Fair had its charming Monday already. December 4th, 2017, and a great audience gathered to witness the conversation with Prabhat Ranjan, the author of the debut bestseller With You; Without You, a Hindi novel written by the author this year and released on 29th of October. In a very short span of time since the release, the book has gone to become a bestseller and this is a huge cheer to the growing popularity of serious fiction written in any language. Prabhat Ranjan was also answering the questions of the audience.

Talking about his career, the author told the audience that he is an engineer as of now and writing is only part-time for him. Nevertheless, the success of his very debut book has compelled him to think about quitting the job and devote all his time to writing and he is mulling on the options. To lighten the seriousness of the conversation, the younger audience asked Prabhat some personal questions as well. He replied to them in the same manner. Questions about love, friendship, relationships and youthful ambitions also surfaced.

Talking about the book, Alok Mishra, the editor-in-chief of Ashvamegh, told the audience that this is a book which is far more serious than most of the contemporary fiction written on the theme of love and friendship. He also praised the book because it does hold the reputation of language and also, there is not the necessary evil of physical intimate scenes in the book. Another speaker on the floor, Anchit, praised the use of language by Prabhat in his debut novel With You; Without You. He told the young audience that the novel is for them because they will easily relate to the story.

After the event was over, most of the audience surrounded the author for a selfie with him. Some also confronted Prabhat Ranjan for his autograph on the copy they have purchased from the Patna Book Fair, which is indoor for the first time in a longer period.