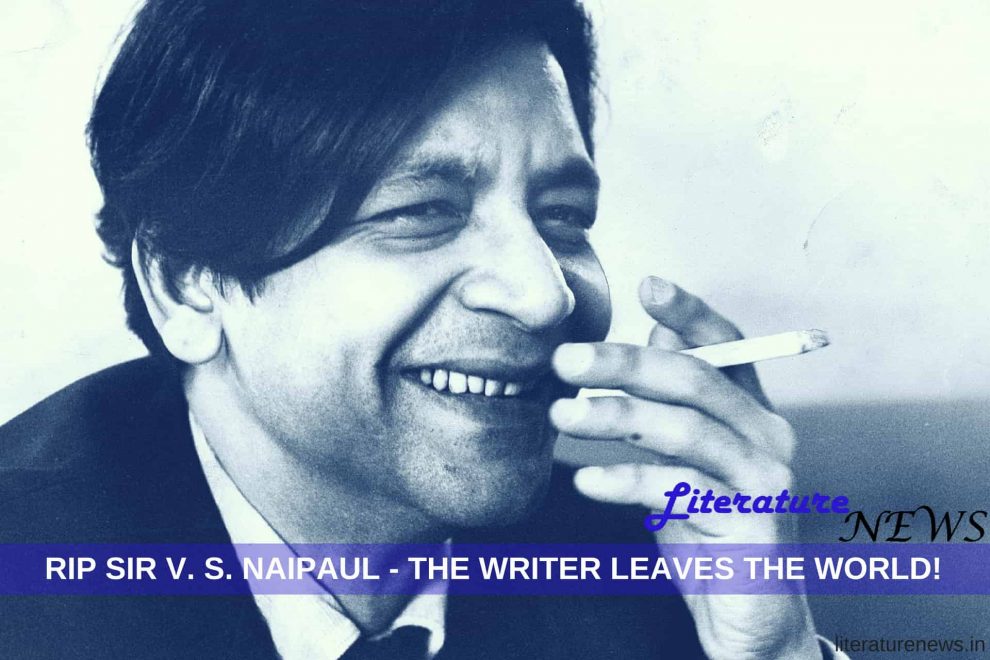 Sir V. S. Naipaul, the legendary novelist and the winner of the 2001 Nobel Prize for literature, has died on August 11, 2018, in London. His death comes as a terrible news to the lovers of literature across the world. Having his roots in India, Sir Vidiadhar Surajprasad Naipaul wrote many memorable novels and many other nonfictional works before his death which fetched him several awards and a worldwide recognition. Among his most famous novels, A House of Mr Biswas and A Bend in the River are very famous ones.

A writer of all seasons, Naipaul always used to have some special elements in his novels and that is the thing which keeps him different. A constant search of roots was the special appeal which bonded his novels with readers across the world because, at the end of the day, we are all but enigmatic about our existence. Often, and rightly so, regarded as one of the best authors to have represented the Carribean literature, Naipaul wrote his works for all seasons and the works which reached beyond the confinements called international boundaries.

Born in 1932, Naipaul spent the early part of his life in Trinidad and Tobago before moving to England. He had his first wife in the form of Patricia Hale and after her death, he had his second wife in the form of Nadira Shah. Naipaul also spent a part of his life allowing himself into an affair, a very popular one which often brings him criticism.

His writings are mostly about the need for stability and a fine balance in one’s life. Ironically, the author preaching all these things did never find himself able to create the same balance in his life. Other than writing novels, Naipaul also wrote travel journals or you can say he indulged a lot in travel writing. One fine book collecting his travel writings is The Writer and The World which was published in 2002. In this book, he also records his days in India which were quite eventful.

With all his writings and the two major prizes that he had, Booker in 1971 and the Nobel in 2001, Naipaul is certainly there to be remembered as a major literary figure in the world. We stand bemused by his words and devastated by his demise.

by a wordsmith for Literature News

Lit fests are back; Welcome to the clueless world of literature festivals!
Remembering Rabindranath Tagore – a look at his poetry
Comment