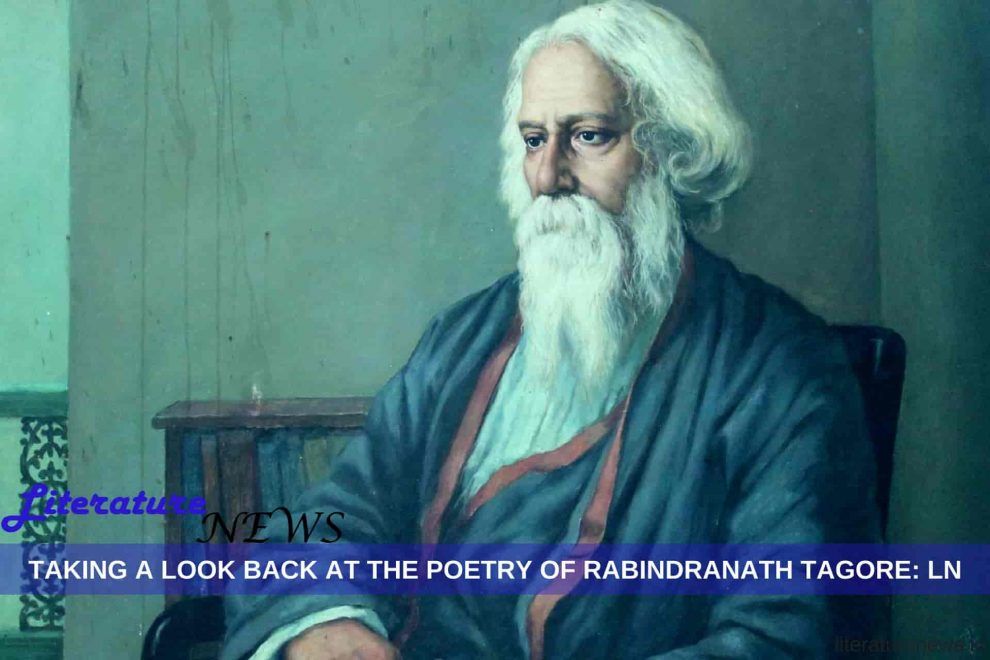 India’s only Nobel Prize in Literature came back in 1913 when the world recognised a literary genius that India owned – Gurudev Rabindranath Tagore. His poetry, even today, is held by the literary world with a very high regard. Today, on his 157th birth anniversary, we take a look at some of his immortal creations and try to analyse his poetry.

Rabindranath was not influenced very much by what went around him. He was a philosopher busy with his muse and the Goddess of art; he created; he painted and he thought – he kept his head busy in producing the works of art which, he might not have known, would go on to become immortal pieces of creative art!

The poetry of Rabindranath Tagore is marked with timelessness and the thoughts which are general, every day and humane and at the same time, being worthy enough to be the subjects of his poetry. Moreover, he knew the art of saying himself but saying for one and all. To relate his kind of writing, one can have a look at the following lines by him:

“I hunt for the golden stag.
You may smile, my friends, but I
pursue the vision that eludes me.”

Self-taught and yet, learned more than the worthiest person having wealthiest repute in the street of knowledge, Tagore’s poetry might not seem to have a lyrical genius intact because most of his poems were the translations of the actual Bengali verse. Still, he offers a pond of leisure wide enough for a person to keep swimming and yet finding freshness in the water everytime he sinks in and gets up.

More than a poet, you can also read Tagore just as a plain philosopher offering his thoughts on various aspects of life and on life itself. He tells not to mourn of someone who turned her back – life is too short and nature had offered us plenty to live for:

“It is heroic to hug one’s sorrow and
determine not to be consoled.
But a fresh face peeps across my
door and raise its eyes to my eyes.
I cannot but wipe away my tears
and change the tune of my song.
For time is short.”

Let’s celebrate the birth anniversary of this great poet which brought honour to India which still waits to be matched in future. Have yourself a few minutes to read some of the gems that this great poet has left behind him as his legacy!

By Alok for LN