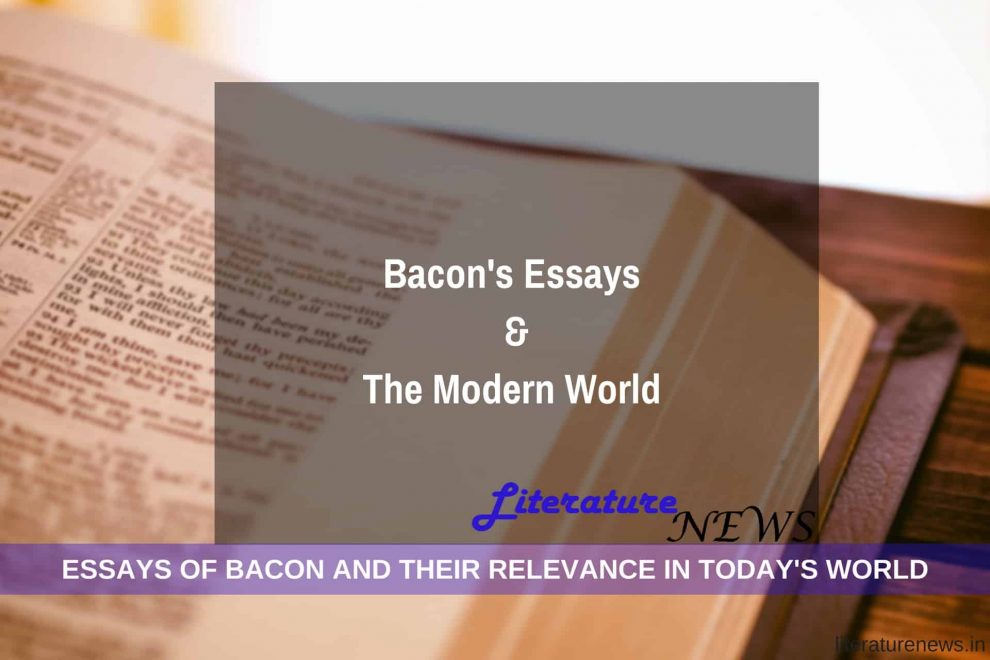 Francis Bacon is certainly one character who, when we talk of prose writing, stands aloof and tall. His works, especially essays, are still very famous and his style is still something people wish they could write like him. However, Bacon was only one to be and he had already been! His authority over the prose and his choice of words are certainly the things which make his essays wonderful and emphatic. Today, we will be choosing and presenting to our readers some of the wonderful lines written by Francis Bacon in some of this essays. We certainly hope that you will like this collection and share it with your friends or anyone who might be interested in reading Bacon.

“Suspicions that the mind of itself gathers are but buzzes; but suspicions that are artificially nourished, and put into men’s heads by the tales and whisperings of others, have stings.” from Of Suspicion

Who does not subscribe to suspicion? We are human beings and we are bound to feel and when we feel, we are bound to these feelings like suspicion, envy and love. However, Bacon suggests that suspicions which are artificially developed with deliberate attempts are bad and they should be avoided or they can sting the life.

“AS the births of living creatures at first are ill-shapen, so are all innovations, which are the births of time.” from Of Innovation

“When a traveller returneth home, let him not leave the countries where he hath travelled altogether behind him; but maintain a correspondence by letters with those of his acquaintance which are of most worth.” from Of Travel

“It is true, that a little philosophy inclineth man’s mind to atheism; but depth in philosophy bringeth men’s minds about to religion.” from Of Atheism

Growing practice of being atheists and believing that there is no God or something like a divine authority is nothing new to the world. However, Bacon was nearly perfect in his demonstration. Learning a little does nothing more but the little that it does is raising question on the existence of God. However, once we read further and learn deeper, we come rather closer to believing and accepting that there is something which is there and we all live!

“Nuptial love maketh mankind; friendly love perfecteth it; but wanton love corrupteth and embaseth it.” from Of Love

Do we need to explain that? It has been being true all the time – in the past, in the present and will remain true in the future as well.

“They that desire to excel in too many matters, out of levity and vain glory, are ever envious.” from Of Envy

The truth is said! Envy is commonly seen in people for this or that reason but, as Bacon rightly puts it, the people who have the desire to excel in many of the matters are often found to be envious.

So, even by recalling Bacon’s very few lines, we see that Francic Bacon’s essays are still very relevant to the mankind. And it is truly said that people with vision will remain people with vision because vision is powerful and therefore, very few among the general population have it with them! You can read Bacon’s many of the essays and you will find that his words are authoritative and not only that but true as well. Bacon’s Essays can easily be found with notes written by popular literary writers such as F. G. Selby. We have selected a good edition for the readers if they want to read his essays and understand the vision of the great philosopher and decorated prose writer:

Romance, women and Literature – then and now
Indian Literature & Literary Awards: what we have been doing?
Comment