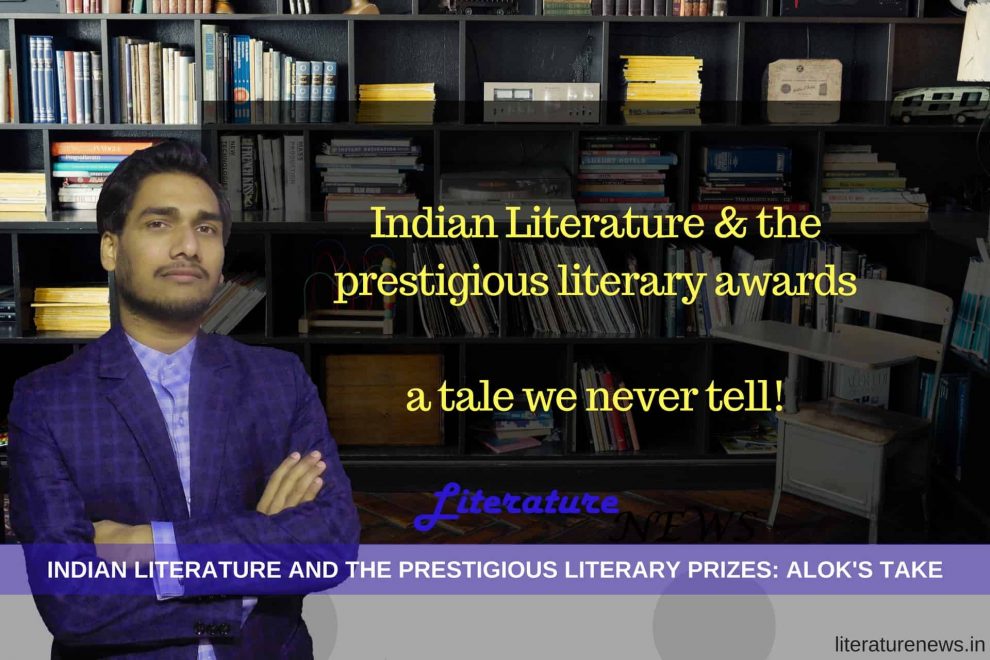 India has grown old and has reached the winters of its 60s and will enter the early 70s very soon. Indian literature, however, is rather older and older enough to be among the most ancient of the pieces of literature and boasts of some of the pieces which even predate literature of any kind whatsoever. We Indians had a great past in the terms of literature because our literature is not only deeper than the epics written in other languages but also valuable and broader. In the recent years and almost for the last 5-6 decades, however, we haven’t been able to mark a good impression on the platform of world literature. Indian readers, who are supposed to be serious and sensible, take a wide interest in reading the pieces of literature produced by authors outside India (even in the case of Indians outside India). They are unable to find their quests quenched by the Indian authors and this is, really, a sign of worry for the literary fraternity in India. How many are the authors you remember to have praised with enthusiasm? 3, 4, 5 or 10, to say?

After the prestigious Nobel Prize to Tagore in 1913, Indian literature has not been able to produce any world class literature which could claim the award once again. It has been, also to be noted, also the case of some reservations and prejudices that the committee may have because we have not seen this award to be awarded to the likes of Chinua Achebe and W. H. Auden as well. Still, introspecting tells us that our literature is certainly divided not only from other parts of the world but also, even within the country, the literature produced by Indian authors are unable to bind the nation or appeal to the readers from different sections. We look only at one object at a time. To be noted that I am talking about the pieces of literature which are produced by the authors who are ‘literary’ in the opinions of many critics and renowned literary figures – Amitav Ghosh, Arundhati Roy, Jeet Thayil, Anita Desai, Amitav Kumar and also the likes of Anita Krishan, Arvind Adiga, and Ashwin Sanghi.

What is missing? What is lacking? What makes the teeth of Indian literature uncouth? Where does the sharpness go away? Have the priorities of Indian literary minds changed? There are many questions that we need to answer and many answers we need to interpret. Books which are aimed at commercial success do get the limelight in the country but when it comes to the awards of international prestige, we see the usual lacklustre performance by the authors who are the ‘bestsellers’ in India and we usually hear some ‘new names’ who get there (to be shortlisted or longlisted or be among the finalists). These ‘new names’ to the readers, however, have been writing for decades or many years with many valuable contributions to the Indian literature which are limited to the libraries or the discussions on literary platforms. And this very thing is the dilemma of Indian literature – we promote and push the unnecessary entertainment and we let alone the real literature in the darkness of oblivion!

When other countries are busy in producing literature which becomes academic in India because of its value and quality, we are overwhelmed with our productions which become bestselling and movie-making literature in no time. Money, fame, publicity, name… everything is there except the most important thing – literature and thus, respect has walked away mercilessly from Indian literature and we are left barren with absolute minimum to be there when it comes to representing ‘Indian’ literature on a world stage.

We want freedom of expression to lampoon religious beliefs and question meaninglessly the sentiments of people of a particular community and to show Durga as Sexy. We want the absolute creative freedom to offer people to read something where Sita and Ram are a part of some training academy and fighting for the post of “godliness”. Moreover, we have this absolute creative freedom as well which we use just for the commercial gain and that’s why we haven’t been able to produce the titles like The Boy in the Striped Pyjamas, Never Let Me Go, The Remains of the Day, The Riders in the Chariot, Atonement and so on… we have been busy producing Half Girlfriend, Love me or Kill Me, Facebook Love, and other mindless and literary bald pieces which just have no significance at all! And, as a reader, if you are still wondering why we haven’t been able to win the Nobel Prize in Literature for more than a hundred years, just read a piece of a contemporary Indian writer and then another by some fellow like Ian McEwan and you will understand the story instantly.

Bacon’s Essays – are they still relevant? writes Amit
Padmaavat gets green; when will The Satanic Verses?
Comment