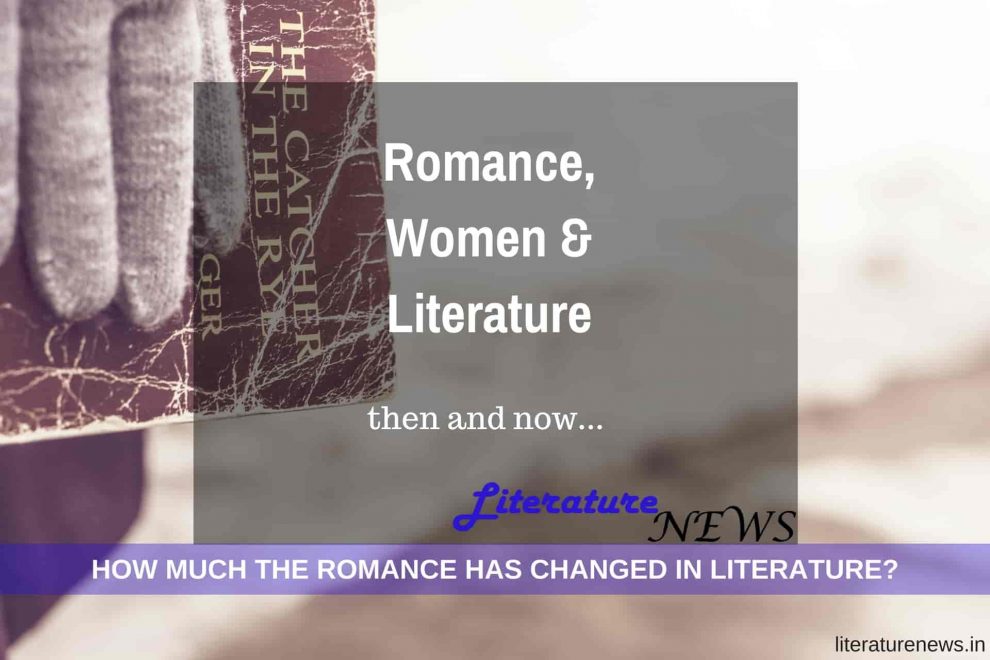 I am not very serious when it comes to writing about the books which are but filth – I am being frank. As the Valentine approaches, we will be witnessing an abundance of a downpour of the same kind of literature. Can we call it Valentine literature? Or will it disrespect the both – Valentine as well as literature? Maybe; but who cares! People love reading the books which are based on sexist concepts and objectify women unlike the literature produced in the older days which certainly were based on women too, but in a rather dignified manner and today, I will take a walk down the same road. I will compare the modern courtship and affairs in fiction with the older ones and I hope I will justify the job description of the job I am trying to do.

Are we trying to compare apples with oranges? Well, in one way, maybe yes! Before you ask the question, I will say yes I am trying to compare apples with oranges because there are fewer apples on the trees these days and more of oranges can be seen blooming. Coming to the topic, the love in El James’ Fifty Shades of Grey is based purely on the flesh and it blatantly objectifies a female body in the garb of the official contract for which Anastasia offers her consent to the guy, Grey. On the other hand, Rochester is seldom in a certainty about Jane. He knows that Jane is a woman of self-esteem and she cannot be lured easily and he does never try to do so either. Though we are doing an unfair job as Jane falls in love with Rochester and Anastasia is unusually attracted to Grey, still, this is what we see in the fiction these days. Women are shown as some creatures which can be beguiled rather easily even for the jobs as one in the book we are discussing. The identity-developing woman Jane was has been turned into a woman who cannot even see what her judgement truly is!

Chetan Bhagat’s ‘One Indian Girl’ vs Bathsheba of Thomas Hardy:

Once again, apple with oranges! However, Hardy’s Bathsheba has grown up a little sexy and sexually progressive. She does not suppress her ‘desires’ anymore and indulges in the free play of physical games. Radhika cannot be seen as an heir of Bathsheba but she resembles her in some of the possible ways. Though the courtship in the days of Bathsheba did not mean indulging in physical relationships, she was also, somehow, wooed by three men – Oak, Boldwood and Troy. However, she finally chose to marry Oak after she realised that her judgement was not right. Radhika also suffers from the same judgemental crisis and finally tucks up with the guy she does not even know very well. So, as Chetan Bhagat claimed that women in India are suppressing their desires but they need to open up, was this the desire? Get cheat on the back and then finally do what other girls ‘suppressing their desires’ do, marry someone ‘arranged’ for her? Though our moot business is comparing the courtship and romance then and now and I will do the same (or have already done it).

Though in Hindi, Prabhat Ranjan’s debut novel With You; Without You features Rashmi Desai which is rather closer to Jane from Jane Eyre or even Bathsheba from Far from the Madding Crowd. She is also a woman with dignity and modernity at the same time. She is independent and makes her decisions by herself. Also suffering from family problems as she grows up because her father and mother separate after a divorce, she manages herself very well. Her search for a true person to match her and become her life partner is very much like the older days’ novels. Rashmi is modern; she drinks; she goes to pubs and clubs at night; she talks about sex and physical relationships; however, the romance narrated by the novelist Prabhat Ranjan does not mention the forceful objectification of ‘female breast,’ ‘female’s desire for the size of the penis,’ ‘charming ways in which she feels ‘someone’ inside her’ and so on… In fact, Prabhat’s novel is closer to the romance which wore a mark of identity exploration of the women herself en route identifying her lover.

So, much has changed in the recent years because we are forced to read the titles which have attractive or rather exciting covers behind the text which form the titles of the book. The ways of describing love and love affairs have dramatically changed and cannot be sure whether literature has remained the mirror of the society or society has become the reflection of the literature – we have to explore it seriously!

by – wonder soul for LN

Deconstruction as a literary theory is absurd! An opinion
Bacon’s Essays – are they still relevant? writes Amit
Comment