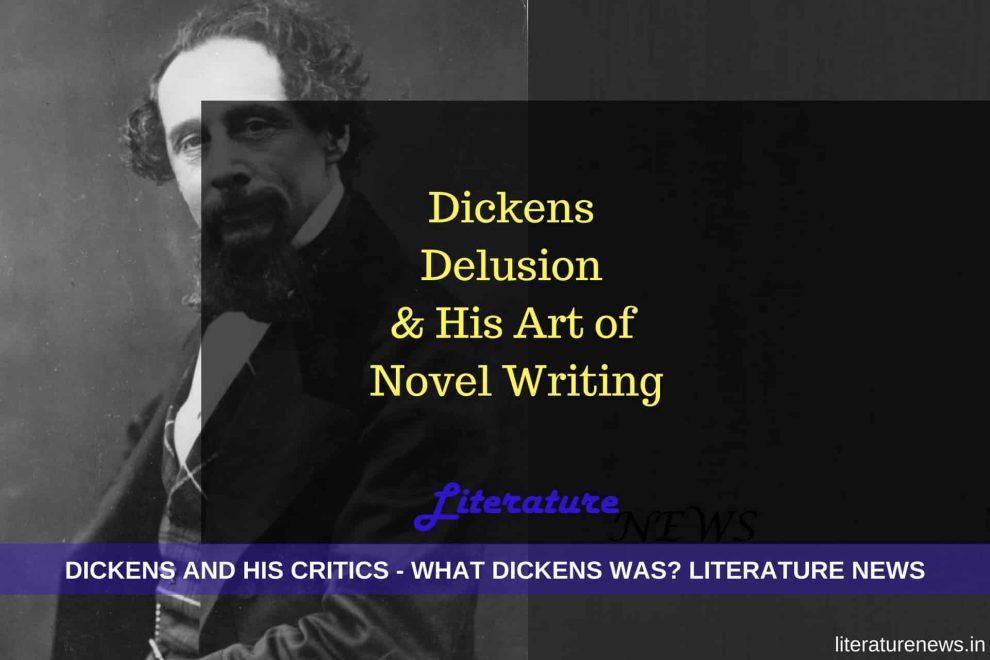 Does the age affect our sensibility? Does the time we live have an impact on our understanding? Does the nature of general people around us affect our emotional pattern? There are many questions that can be raised when we talk about literature and various of its aspects. And me – I usually think of the Victorian novels because they were the products of a retaliating sentiment which echoed the voice of the middle class or, perhaps, lent a voice to the middle class. (I am not sure and this my confusion or a dilemma.)

If literature of an age is the product of the age itself, I might be swinging on the swing of a paradox which will never let me off. The novels of Charles Dickens, especially, are said to have affected the sentiment of the people in the Victorian Era. His fiction was a textual protest against the growing insensibility and the rat race of becoming wealthier on the cost of anything – anything means anything without specifications labelled. Then, the paradox arises – was Dickens the product of his age? Or, alternatively, did Dickens offer a respite to the middle and the lower middle class of the society with his pleasing and consoling text that they (the middle-class people) were still ‘valid’ and they had a share in England’s prosperity? Another theory might be seen, being a little cynic and over-intellectual, in which Dickens just ‘sold’ his literature to the people of a particular section of the society who were not so affluent and had no ambitions other than having their stomachs filled two-times and a lot of leisure to enjoy!

Well, my stance does not allow me to directly indulge in the commentary on the works of Dickens other than just weighing their merit within the limits that the ‘critics’ have set for the common readers like me. However, looking at Dickens’ art with the glasses that various ‘critics’ and scholars have offered, nothing short of a perplexing paradox appears in front. For some, Dickens is a person who can be put blindly next only to Shakespeare and for some, Dickens was even a stupid who took the world to be what he found ‘seeing it from a train’. Well, these opinions are by the ‘critics’ and as a common reader, I can only adjust to them or just walk away.

George Sampson, in his The Concise Cambridge History of English Literature, hails Dickens and his art as the most superior and popular and ranks him just after the king of English Drama (as well Drama in general), Shakespeare. He writes:

“The first clear fact about Dickens is the immense and enduring popularity of his work. For his unique popularity, there must be some reasons. The most important are easily found. The first is that, with the exception of Shakespeare, there is no greater example of creative force in our literature.”

However, Sampson does not shy away from making charges against Dickens and the most contradictory one is that he questions his very art. He raises:

“Nevertheless some general charges are seriously made against him and must be considered. The first charge is that he sold his art to pamphleteering.”

Well, though the charge might have its reasons to be valid, Dickens was but considered a social critic writing fictitious (or fiction) genre. Still, if we can have special pamphleteers like Swift and others in the era of Whigs and Tories, what’s the problem with Dickens’ fiction! And by this charge, George Sampson might, unconsciously, have raised the debate whether art and literary art and literature and creative writing converge at one point or not!

Another ‘critic,’ of our times rather, Terry Eagleton, finds the amusing accounts related to Charles Dickens and his theories are nearly amusing. He calls Dickens, at times, an entertainer with a little understanding of human psychology, and in doing so, he is, unconsciously, entertaining us a great deal! He writes:

“Dickens has none of the intellectual resources of George Eliot, and little of the psychological subtlety of Henry James. As we have seen, his psychological effects are the kind that can be seen from the back of the hall.”

Fair! Very well! Eagleton is free to make such remarks because Dickens is open to one and all for interpretations and we are all entitled to form our opinions. Terry calls Dickens an entertainer as well as a serious novelist, disregarding Leavis who dismissed the opinion that Dickens was a mere entertainer. Now, if an acerbic like the one Terry is can call Dickens a serious novelist, we have to take it. And if we take it, the charge that he sold his art (of novel writing) to merely pamphleteering stands invalid. So, what should we believe?

“In the nineteenth-century Novel Charles Dickens is pre-eminent. He is the greatest novelist that England has yet produced.”

Sir IforEvans is another great critic who cannot be subdued. Then, I am confused a little. Was Dickens really a great novelist? Or he was just an author who could make his art ‘accepted’ worldwide because he was just a cunning fellow in drawing characters who could extract emotions out of the readers?

I am quoting from a news article published by BBC and you will find something really impressive which will help us relate to the previous comments that I have cited:

“Hugh Cunningham, professor of social history at the University of Kent, argues that while Dickens “helped create a climate of opinion”, he did not articulate a “coherent doctrine” of how society should be reformed – and that the author was at times as much in danger of being seen as a conservative as a radical.”

So, a general pamphlet was (and is, if we still believe in pamphlets) aimed at ‘articulating’ this ‘coherent doctrine’. So, Dickens’ art was not really sold out for his social service aspiration and he managed a ‘safe distance’. Though people do believe that his personal life did not echo the man we know behind the text. Then, what Dickens was?

So, one thing is clear that a common reader will not consider these eternal dilemmas. He or she will just enjoy the works of Dickens as they are without bothering much about his personality or his opinions in depth. Even I, as of now, do the same!

Technology – habits of reading & writing and changes we have seen so far
Deconstruction as a literary theory is absurd! An opinion
Comment