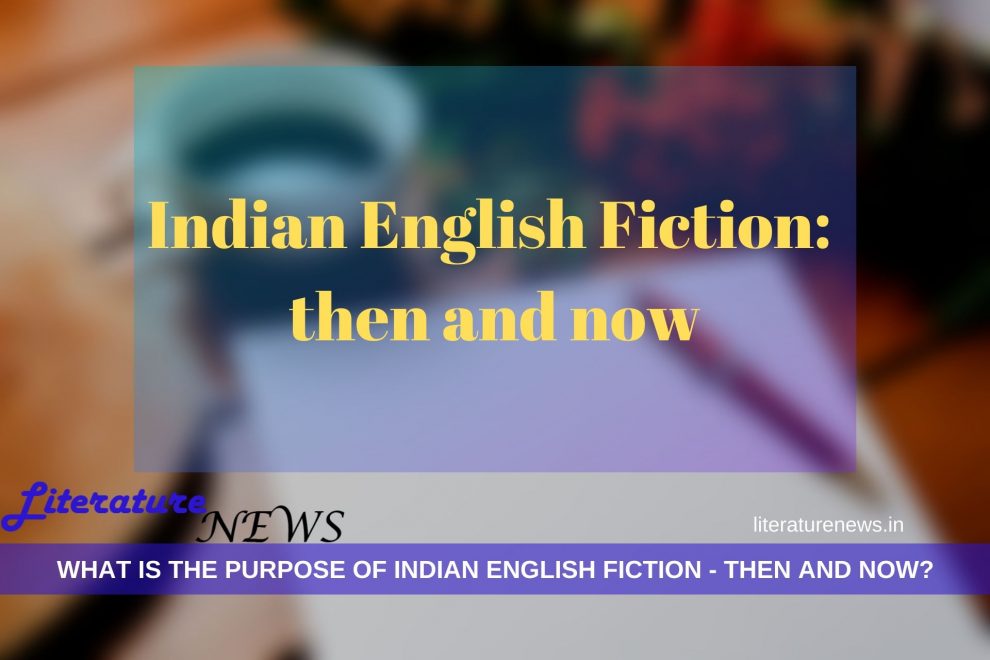 Indian English Literature has been instrumental in showing the mirror to our society – at least in the golden age if not so prolifically today. Occasionally, there are books that tend to draw a realistic picture of the society. In fiction, as well as in non-fiction, there are times that these examples occur. Today, however, my focus is on fiction and how it helps our society realise its follies from time to time. Nevertheless, be sure that it is happening but not in continuity in English fiction. There are flashes; there are patches. It needs to take place at a steady pace, in a certain direction and that is something we must expect from our contemporary authors.

Chetan Bhagat has tried to do it on many occasions. There are, however, many other things in his works along with the social mirroring that he symbolically and explicitly does at times. One Indian Girl, Two States and even Half Girlfriend, for that assertion, reflect the confusions in our society that we are still continuing in spite of knowing these will lead us to chaos… should we be doing that? Should we confuse our goals with the petty fights in the name of the class in society? But Chetan Bhagat’s social mirroring fails at several layers because of other ingredients that he mixes in his works. Arvind Adiga tried it rather carefully and so did Jeet Thayil in modern Indian English fiction. However, who else? There are new and emerging authors like Ravi Dabral, debuted with Greed Lust Addiction, and Sarika Jain with her excellent work on feminism. Ravi has tried to show a contrast between a life that is meant for helpless soul-searching and indulging oneself in mis-deeds and ill-deeds and a life that very well knows its purpose and indulges in welfare and social causes. Sarika has written about what should a feminist actually do – what does feminism mean in its true sense. Most of the emerging authors make a mistake with their assumption of readers’ psyche – they try to make the readers indulged but take the different path that does not let them remain in the battlefield for a longer period of time.

As readers have changed with time, they do like being entertained by reading fiction but not at the cost of their sense of fiction. They will read the books by the best crime thriller novelists in India but only on a condition that the novel tells them something more than crime and thriller – something meaningful that remains with the readers after the novel ends. At this front, Indian novelists and non-fiction writers in English will have to think and think more. They will have to deliver something that will give the readers a message to remember and spread.

In the past or you can say in the golden age of Indian English fiction the messaging was done very well by the authors. There were the ones like R. K. Narayan and Mulk Raj Anand who were doing their bit of social mirroring. Even the likes of Raja Rao were not very far behind in the line. It came down to Anita Desai and Kiran Desai and, perhaps, there the sense of fiction shifted to confused social mirroring… however, there is never late if our authors want to extend their periphery of vision. Entertaining the readers is not enough – let them understand the best for society. Let them have a vision.

The Literary Rewind of 2019 – looking back into the year just passed!
Audiobooks are not for me – opinion
Comment