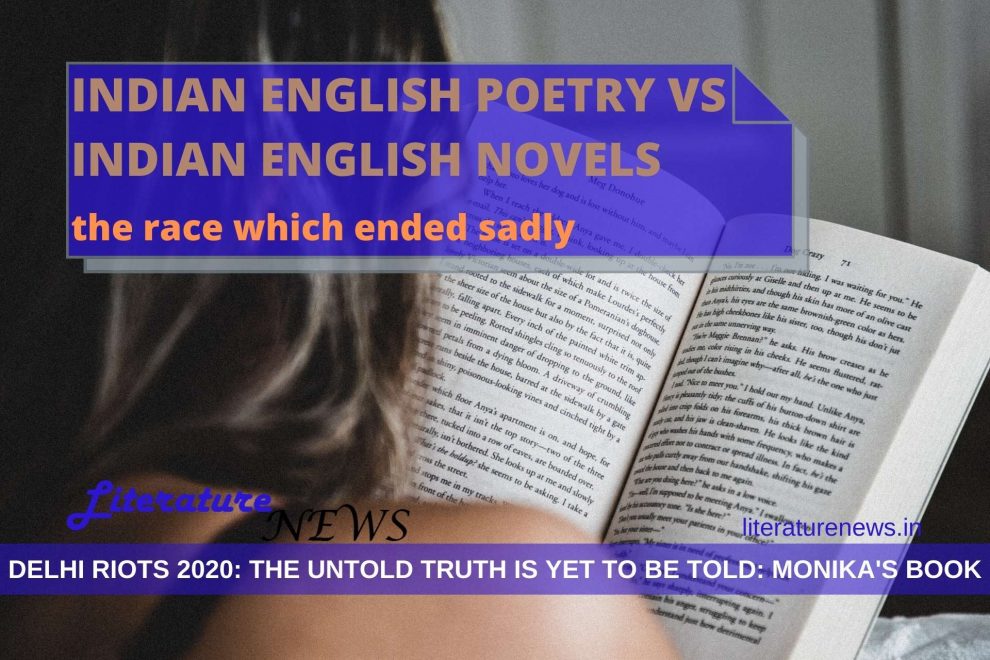 Analysing the recent history of publications in India, one can easily see that Indian English novel has moved to the advanced stage of publicity, competition and recognition. Without getting into the depths of merit of the published literature, we can only assume things from the outside and easily see the Indian English novel is rising day by day. In terms of published novels, in terms of readership, in terms of international recognition and also in terms of literary figures switching the genres from poetry writing to novel writing. Why did Indian English poetry stop behind? Why did Indian English poetry not catch pace? Why did the poets writing in English in India not get popularity (they deserved it or not is a subject for another debate)?

Indian English poetry, since the time it originated, began with simple and straightforward imitation of the romantic poetry produced by the English poets like Wordsworth, Keats, Shelley and others. Chief among the beginners in India were Derozio and Toru Dutt. However, their poetry could not connect to the masses beyond a certain circumference that included the learned men and women who could understand and decode sophisticated imagery produced by these poets which lacked reflections of Indian culture. Was it surprising?

The only visible connection between the poet and poetry, and eventually between the poetry produced by Indian poets and Indian readers came to existence with the poems by Sri Aurobindo and Tagore. For the first time, perhaps, Indian readers of English poetry could taste their own ideas, content, culture, ideas and ethos in verse produced by the poets who wrote in English – not in Bengali, Hindi or Sanskrit or other languages of India. It was the beginning that gave Indian readers an impression that Indian English poetry could succeed in the long run.

The central reason of the decline of Indian English poetry, as I can see from the outside, is the dilemma which was prolonged by the poets – they could not decide whether they should have been writing in English, should have written this or not, should have worked on this them or that… a Hamlet lives in every heart!

Many interesting things are there for the academicians and research scholars to observe. The race that happened between Indian English poetry and Indian English novel was not peculiar. Poetry has been left far behind, out of the zone that side mirrors on the winged chariot of novels could see, not only in India but in other nations as well. Let academicians and professors confess this to you after the class… whatever they see in the class about poetry may be the last lamentations on the grave that lies in the graveyard.

What is horribly wrong with English Literature syllabus in Indian Universities? Opinion
Monika Arora’s Delhi Riots 2020: the untold truth gets leaked in PDF and who did it?
Comment